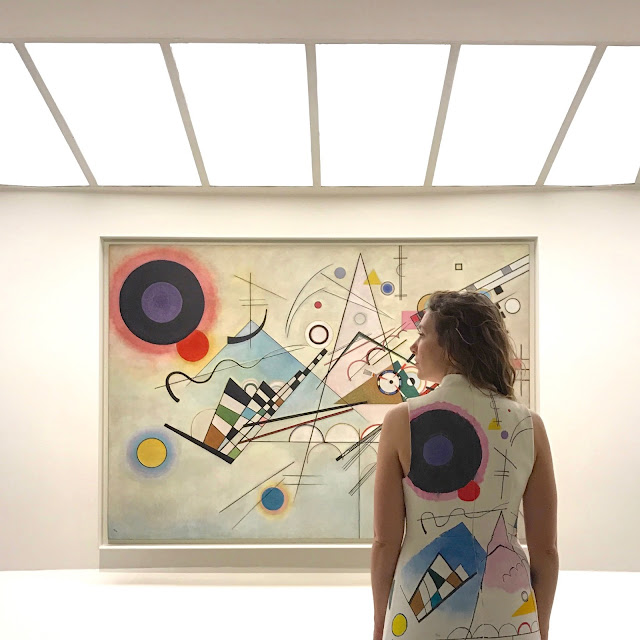 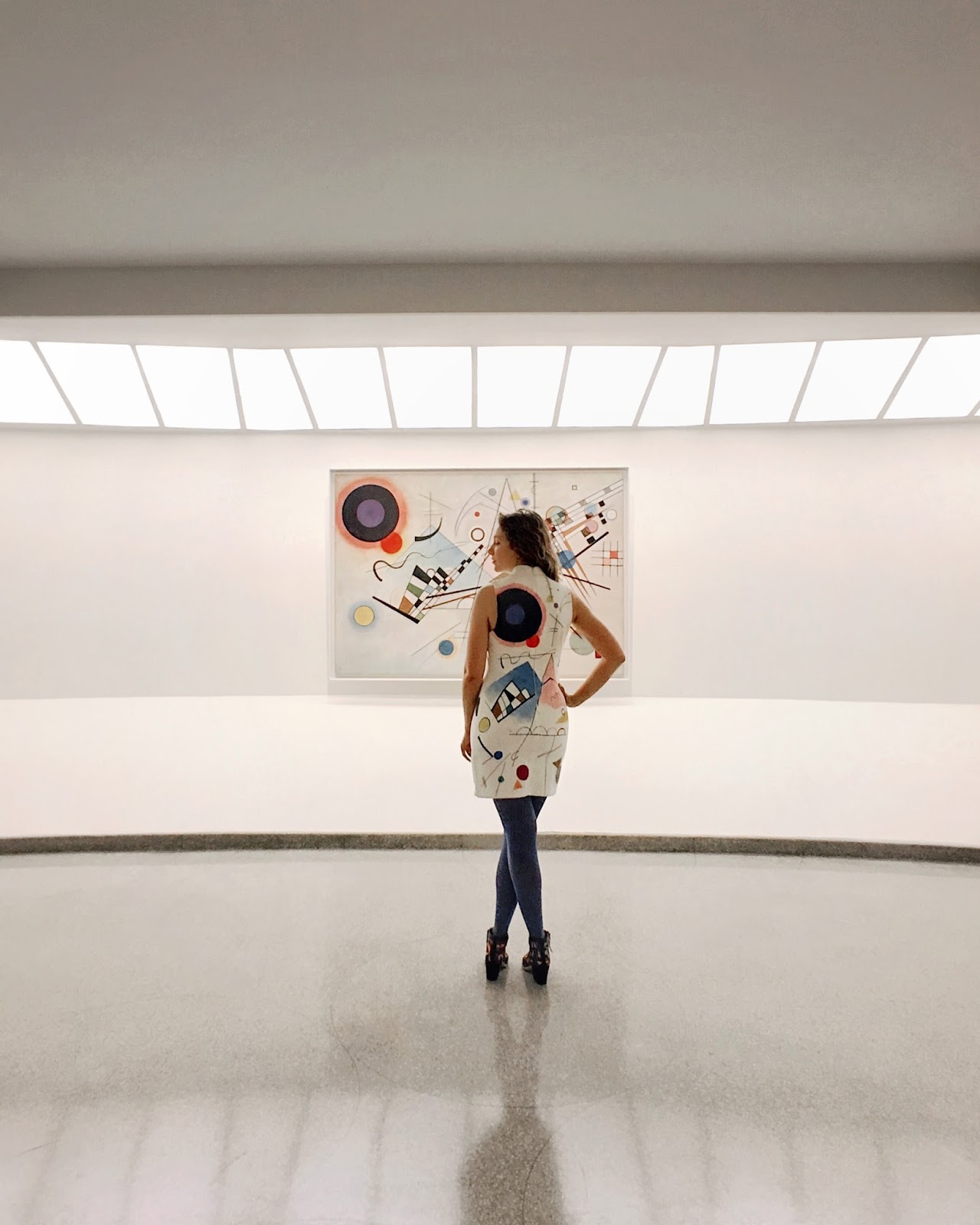 There is a joke amongst my art-loving friends: if anyone asks "What's at the Guggenheim right now?" we always answer, "Kandinsky!"
Vasily Kandinsky is the artist I most closely associate with the museum, and for good reason: his work made up the initial collection that launched the Guggenheim to be what it is today.
In the current exhibition, Visionaries: Creating a Modern Guggenheim, the work of Kandinsky is seen alongside work by Pablo Picasso, Piet Mondrian, and Alexander Calder, among others, whose presence in the collection established the museum as an elite institution.  The exhibition also delves into the history of the museum, and highlights some of the individuals who were necessary in building such a prestigious collection: Solomon R. Guggenheim, of course, but also Hilla Rebay, Justin K. Thannhauser, Karl Nierendorf, and Peggy Guggenheim.  It is an interesting curatorial perspective, one that is very institution-specific, and helped me to appreciate the museum's holdings in a much deeper way.

For this dress, I chose two works by Kandinsky: the front (not shown) is inspired by Several Circles (January - February 1926) and the back is inspired by Composition 8 (July 1923).  This is the first time I've combined multiple works into one garment, and it was fun to think about curating an outfit like one would curate an exhibition.

Visionaries: Creating a Modern Guggenheim is on view at the Solomon R. Guggenheim Museum in New York City until September 6, 2017. 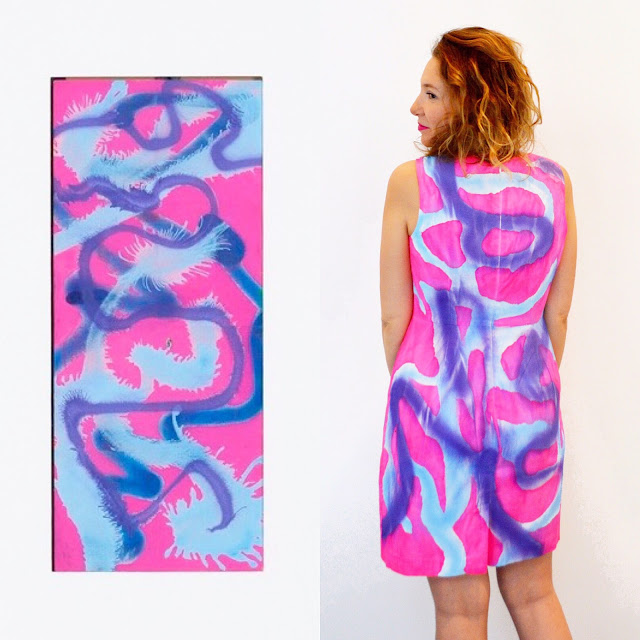 Armory Week in NYC started with the ADAA's The Art Show, the first in a series of art fairs and events that lasted for about a week, and ended yesterday.  I saw an incredible amount of art in the span of a few days, and shared my favorites through Instagram Stories.  The most memorable piece for me, though, is pictured here: Sarah Cain's $ninety-four.

When the Art Dealers Association of America asked me to make a dress inspired by one of the works in their benefit auction for the Henry Street Settlement, this piece caught my eye.  I made a dress for Sarah Cain's exhibition at Galerie Lelong last fall, an immersive experience that included a large-scale floor painting.  I was surprised to find that $ninety-four is the size of a dollar bill!  There is an abundance of energy in the six-inch painting, and it made me think about the impact that even a small act of kindness can carry.

The Henry Street Settlement opens doors of opportunity for New Yorkers through social service, art, and healthcare programs, and you can make a difference by getting involved.