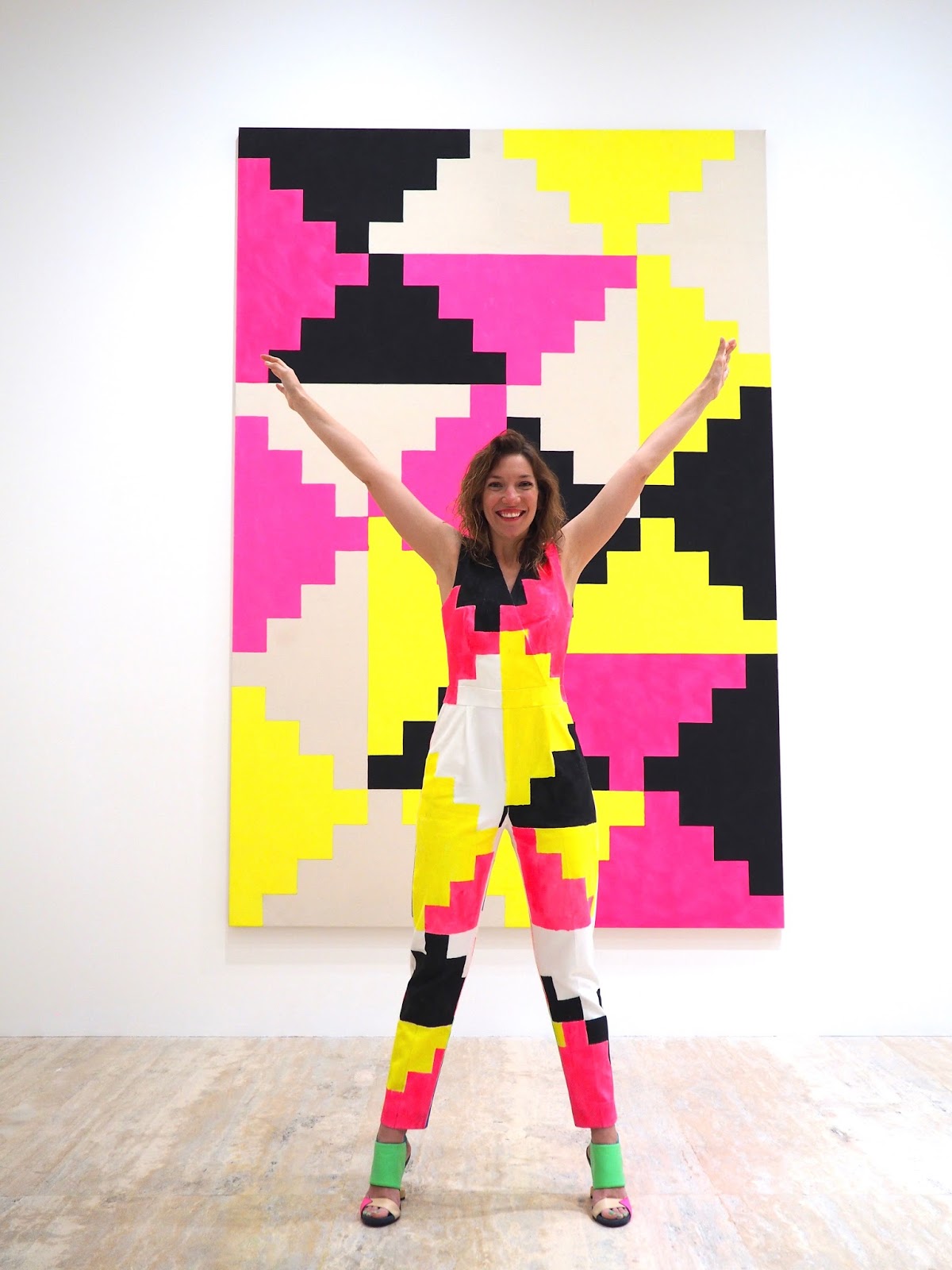 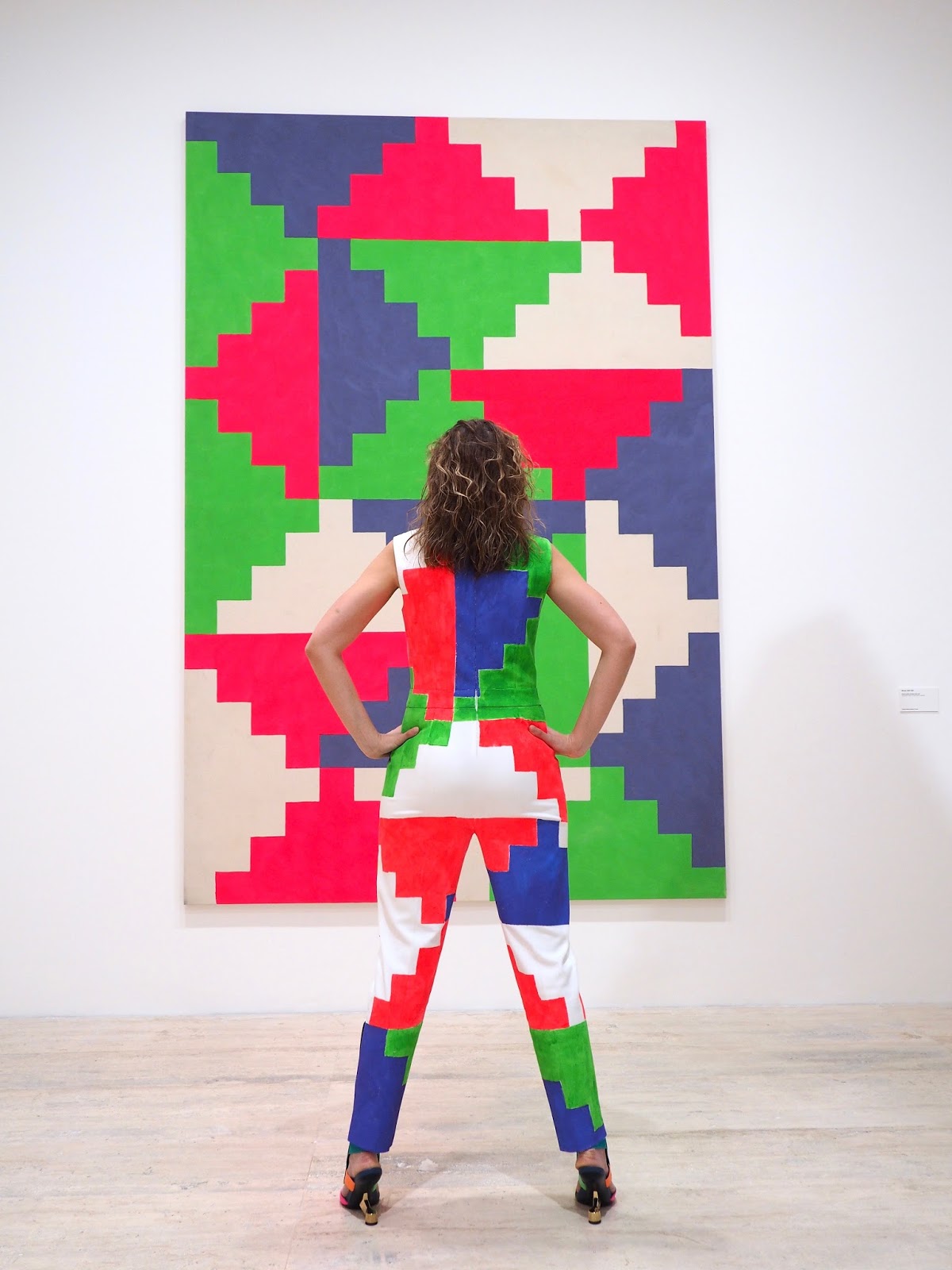 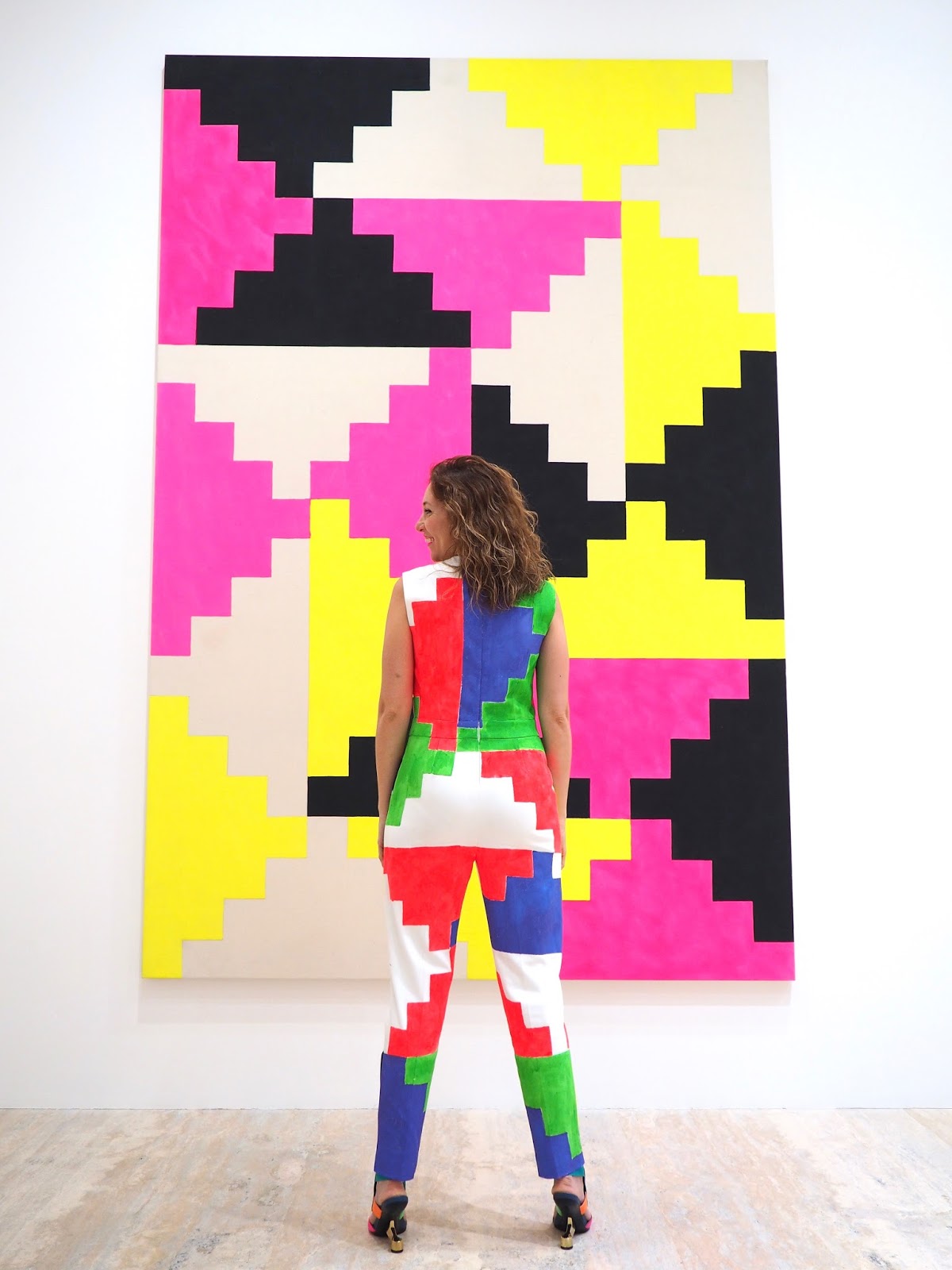 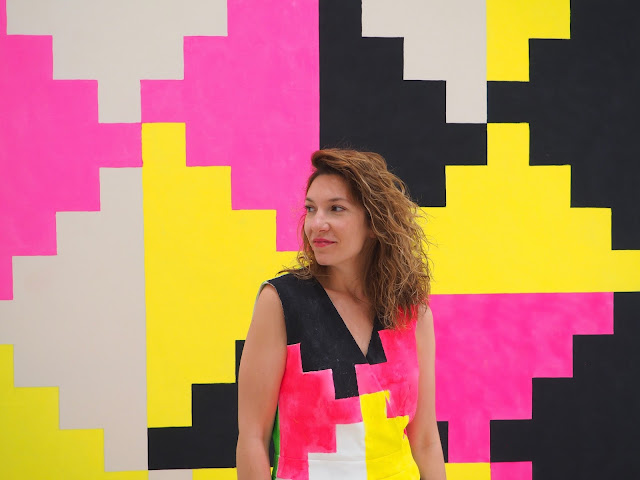 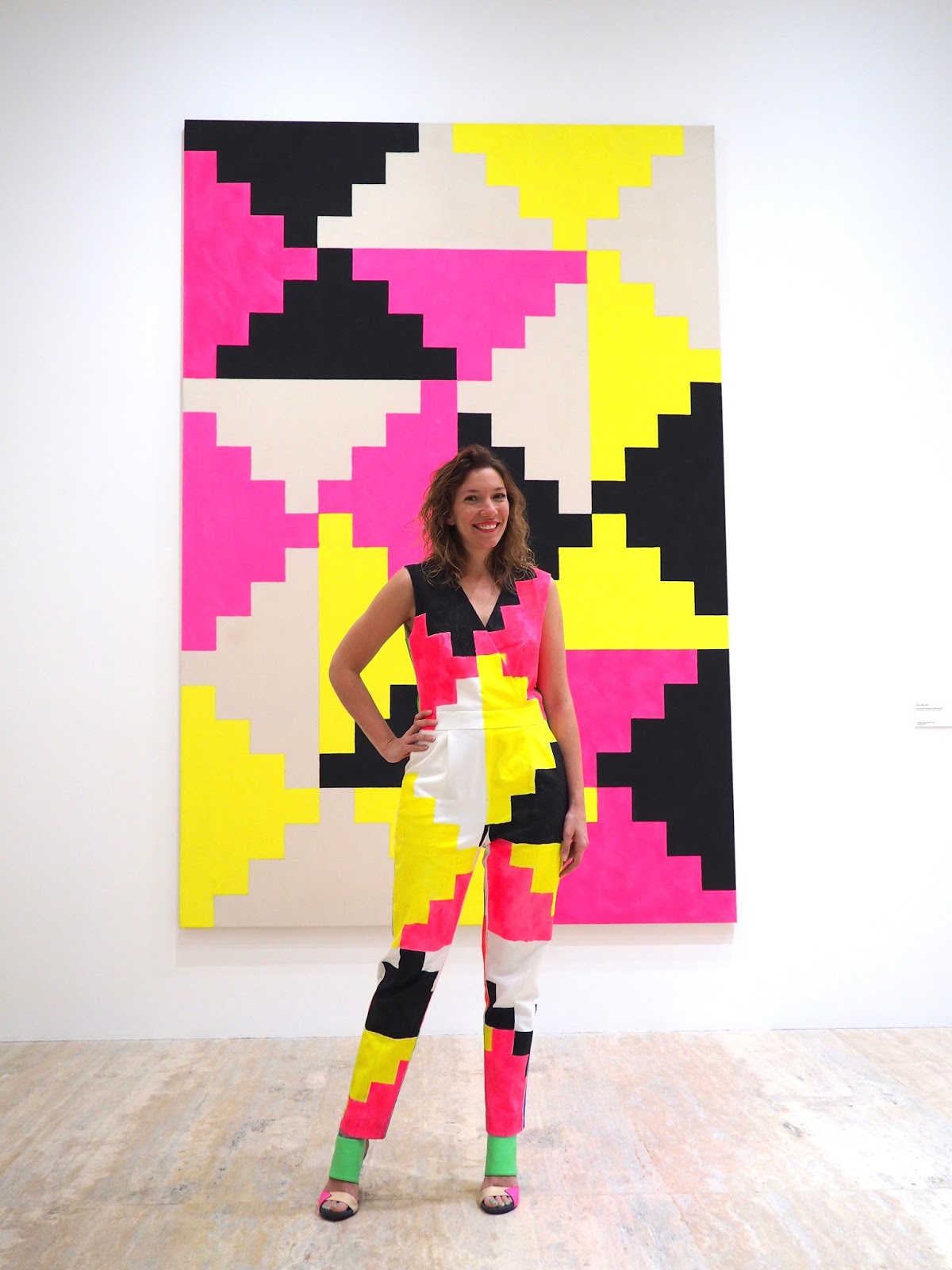 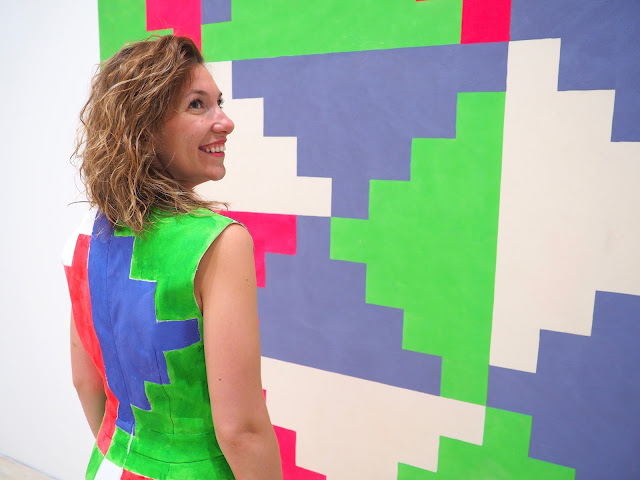 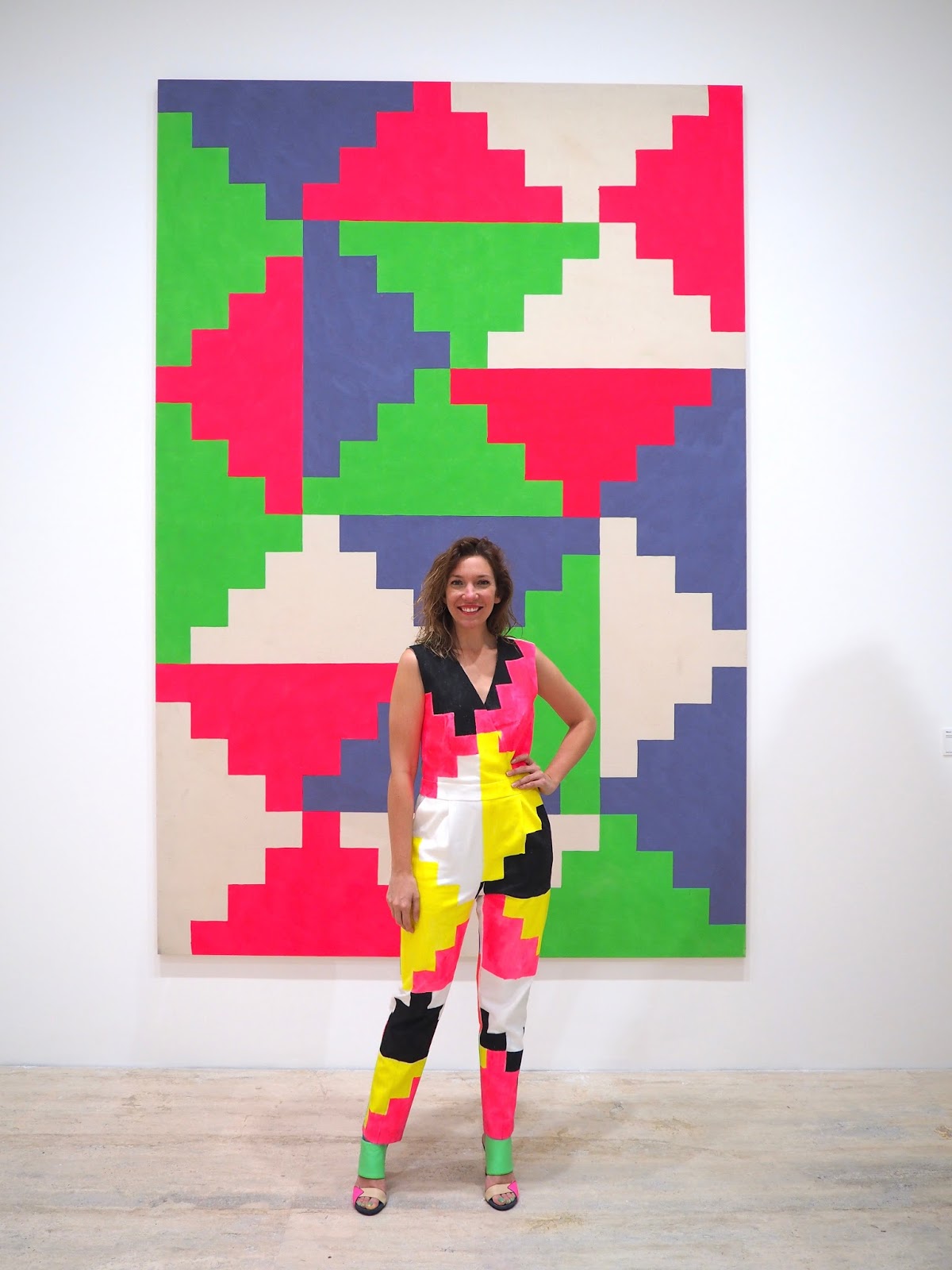 This is the final post from my Mexican travels earlier this month.  It was an epic journey that ended in Mexico City, where there are more museums than I could possibly see in one visit - or in a whole month!

One of the museums that made the cut for my stay was Museo Jumex, which is focused on contemporary art.  On view currently is a retrospective of the work of the artist collective General Idea, called "Broken Time".  The exhibition showcases work from the three collaborating artists in a diverse array of mediums, from painting to photography to film.

General Idea was made up of three collaborators: AA Bronson, Felix Partz, and Jorge Zontal.  The artists used their collective work to explore many different themes throughout their activity, including the exploration of advertising and mass media, ideals of beauty, and the global and local effect of AIDS.  The collective's work was cut short when Partz and Zontal passed away due to AIDS-related complications in 1994.

Some of my favorite works in the exhibition were actually created before the artists officially established their collective.  The ziggurat paintings shown here were completed by Felix Partz in 1968, after he traveled in Tangier and was besought by the Islamic architecture and imagery he saw there.  For General Idea, ziggurats were a symbol of power, and they used this motif over and over in their work.

Of course I couldn't resist the chance to do my own power poses with the paintings!

General Idea: Broken Time is on view at Museo Jumex in Mexico City until February 12, 2017. 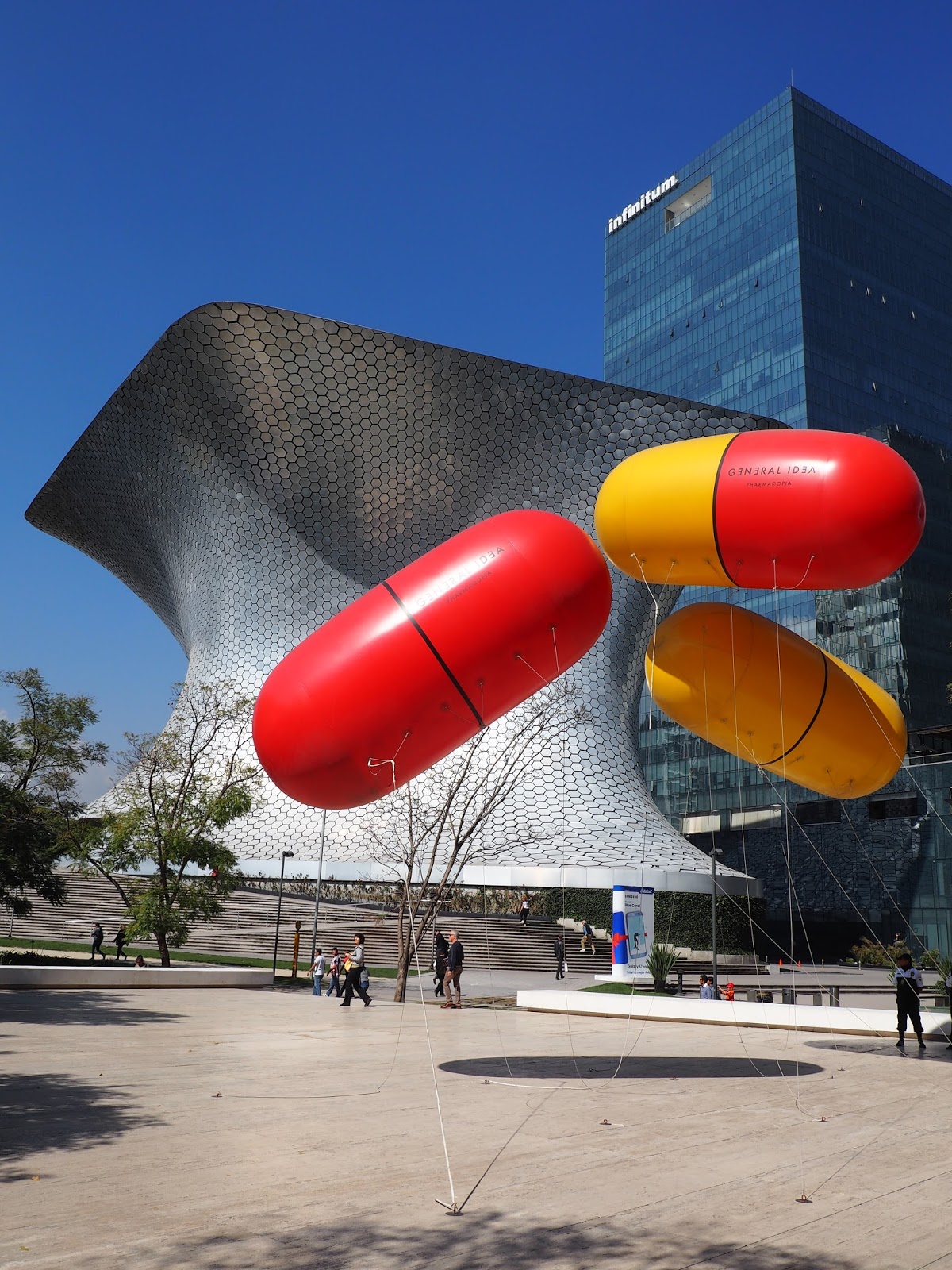