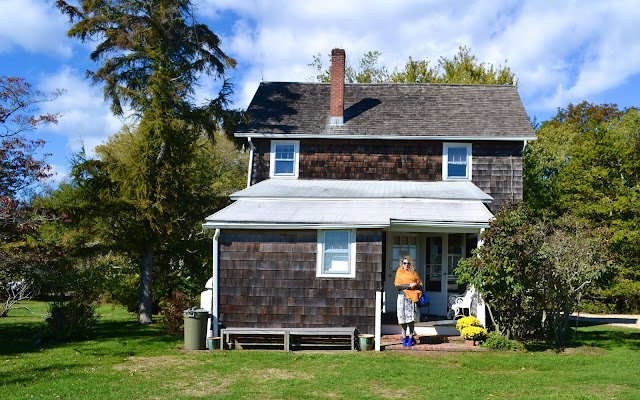 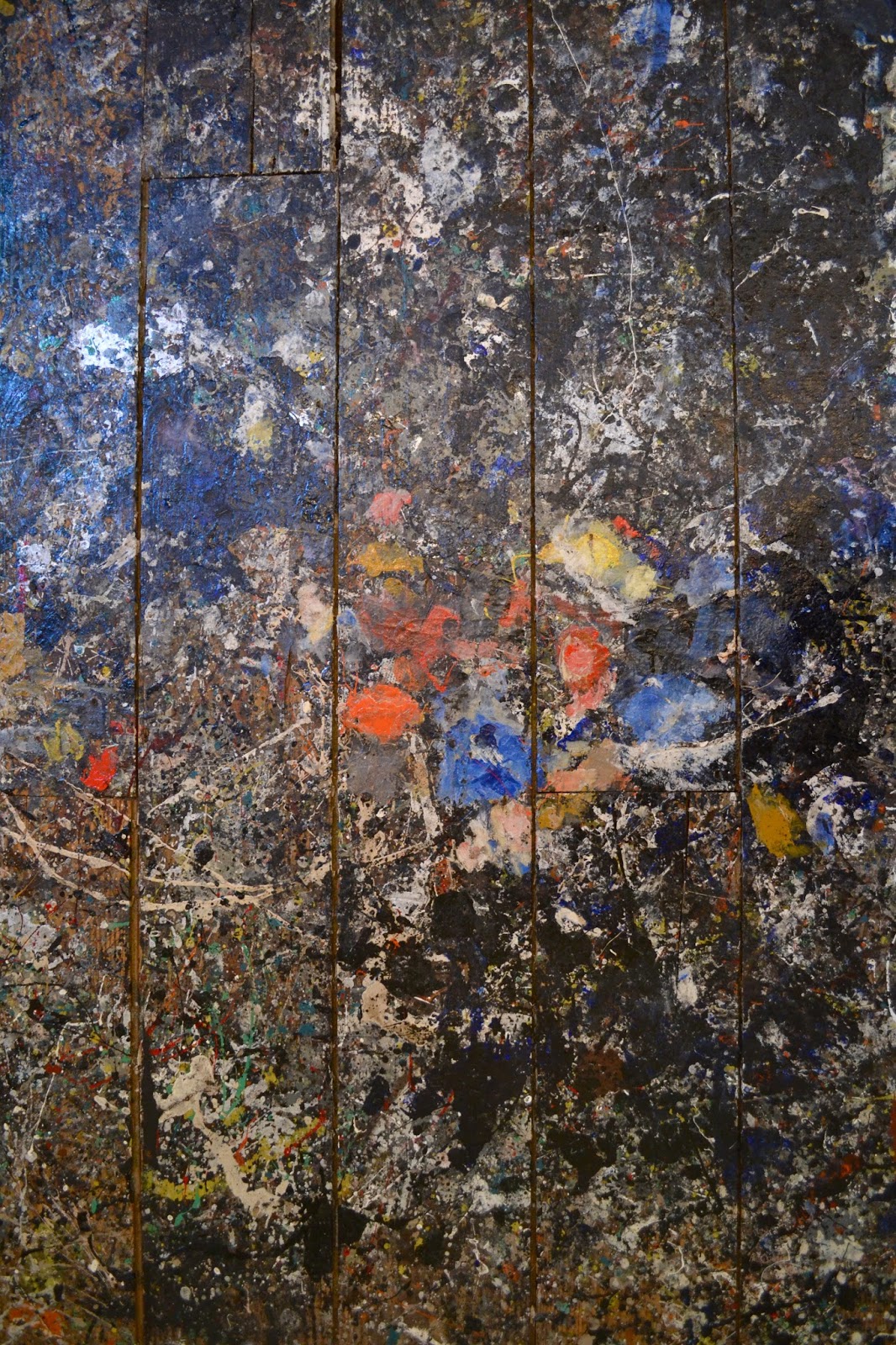 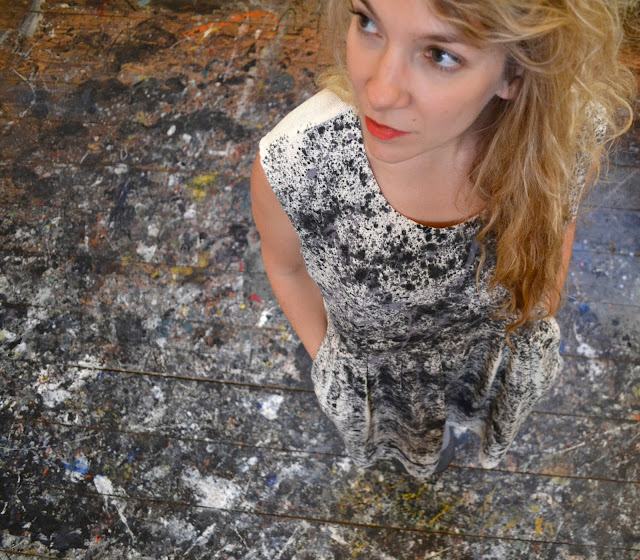 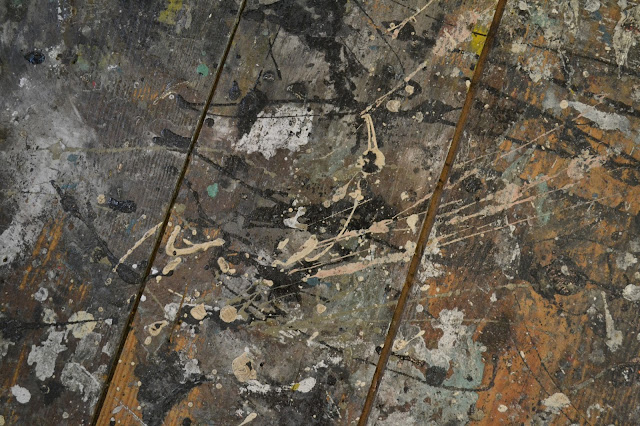 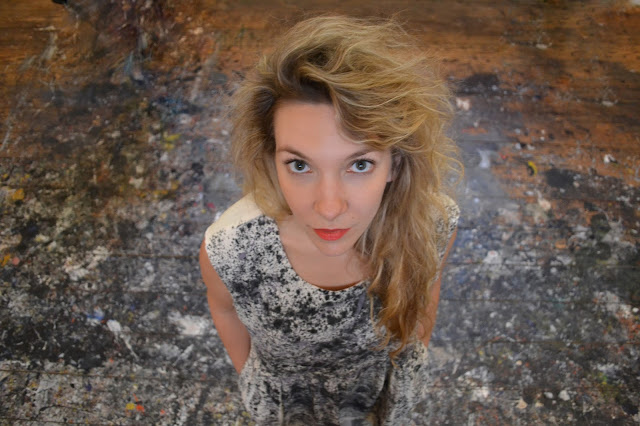 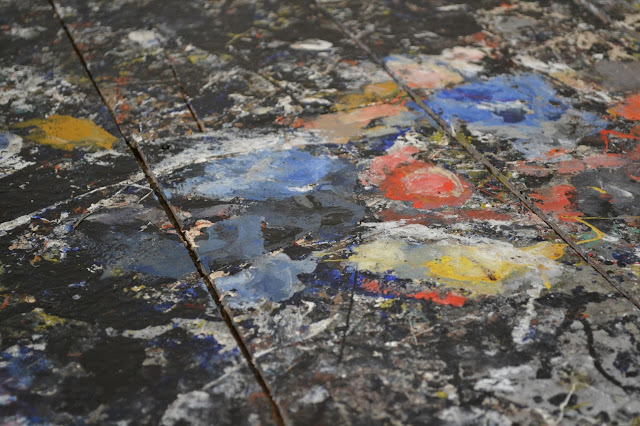 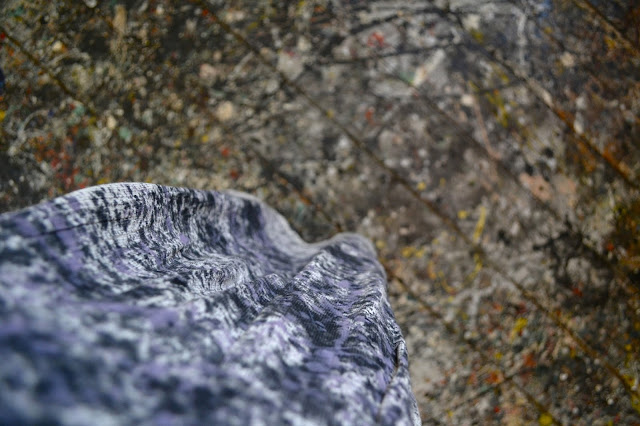 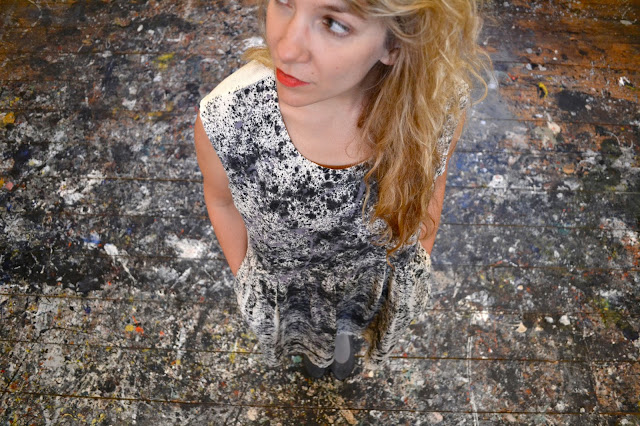 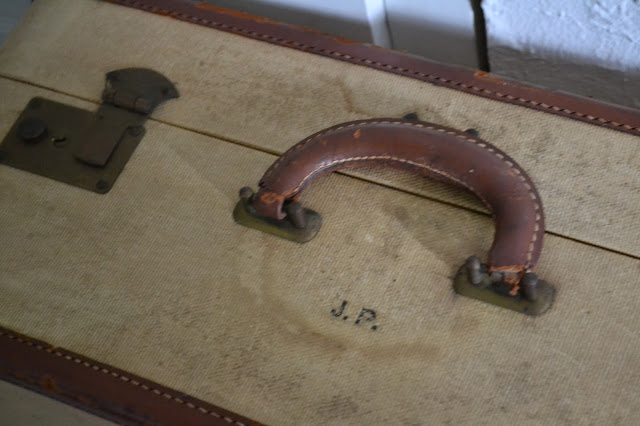 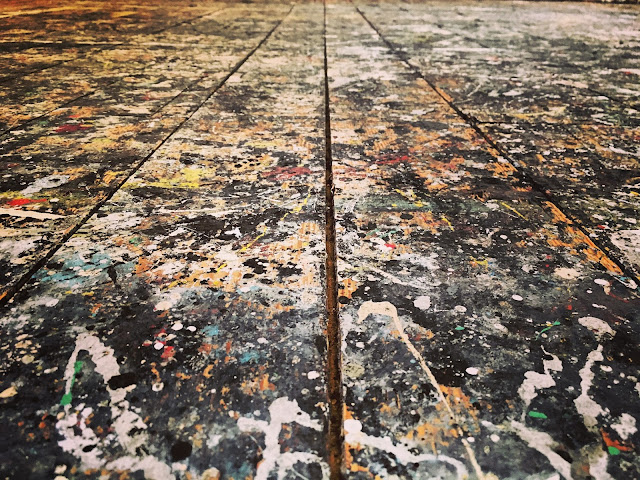 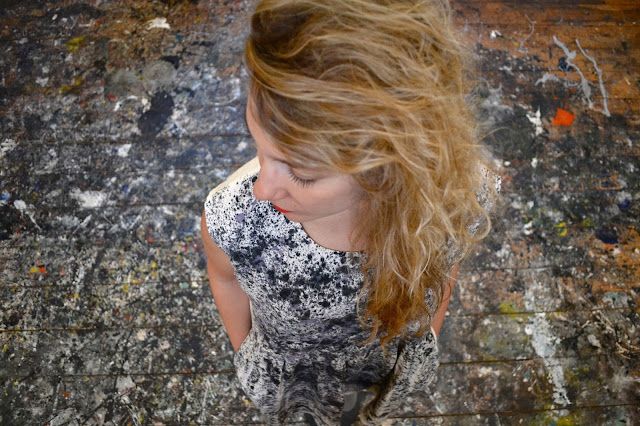 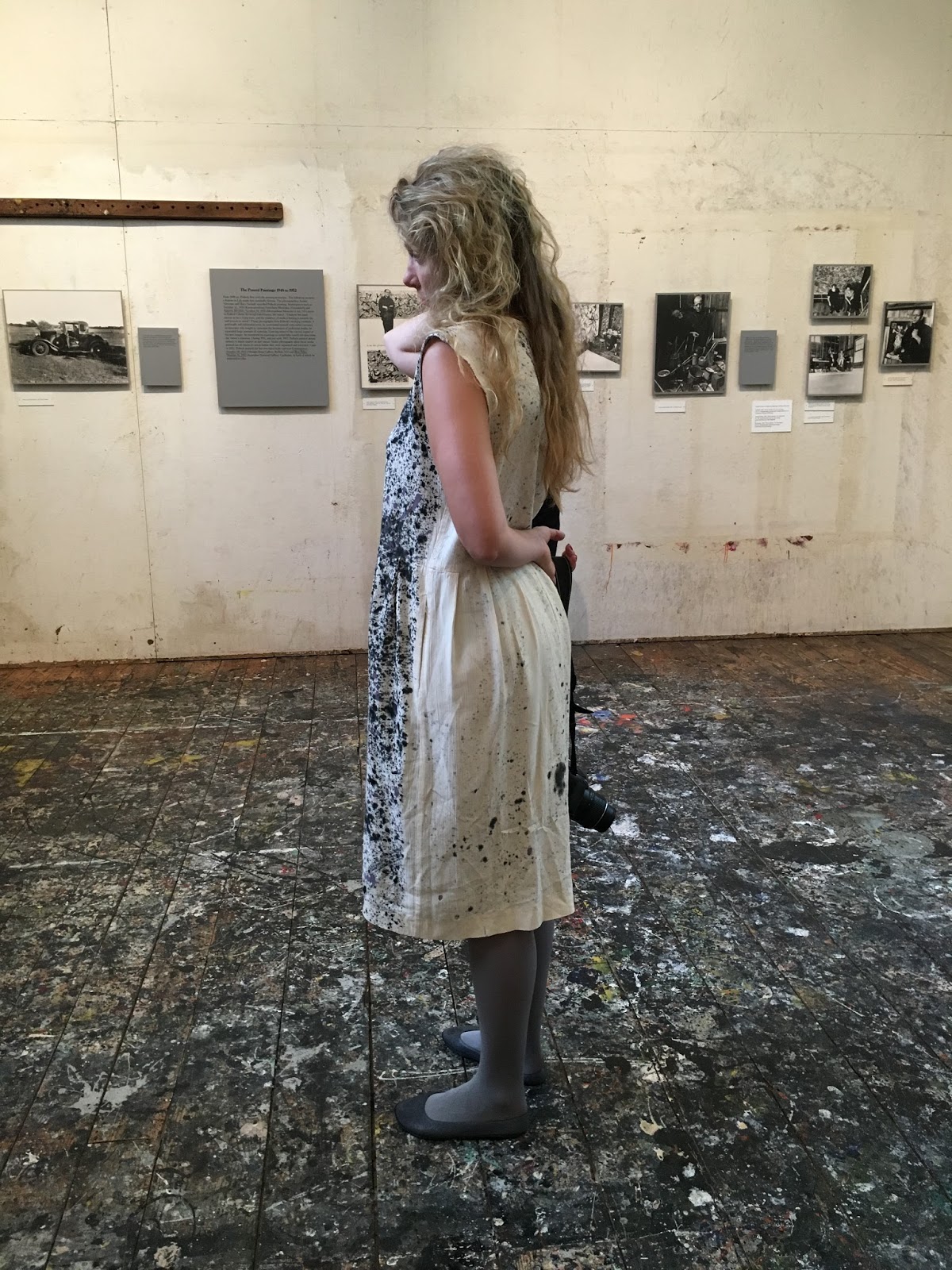 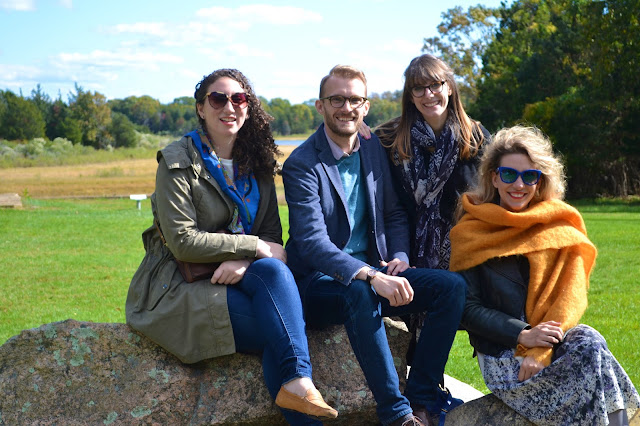 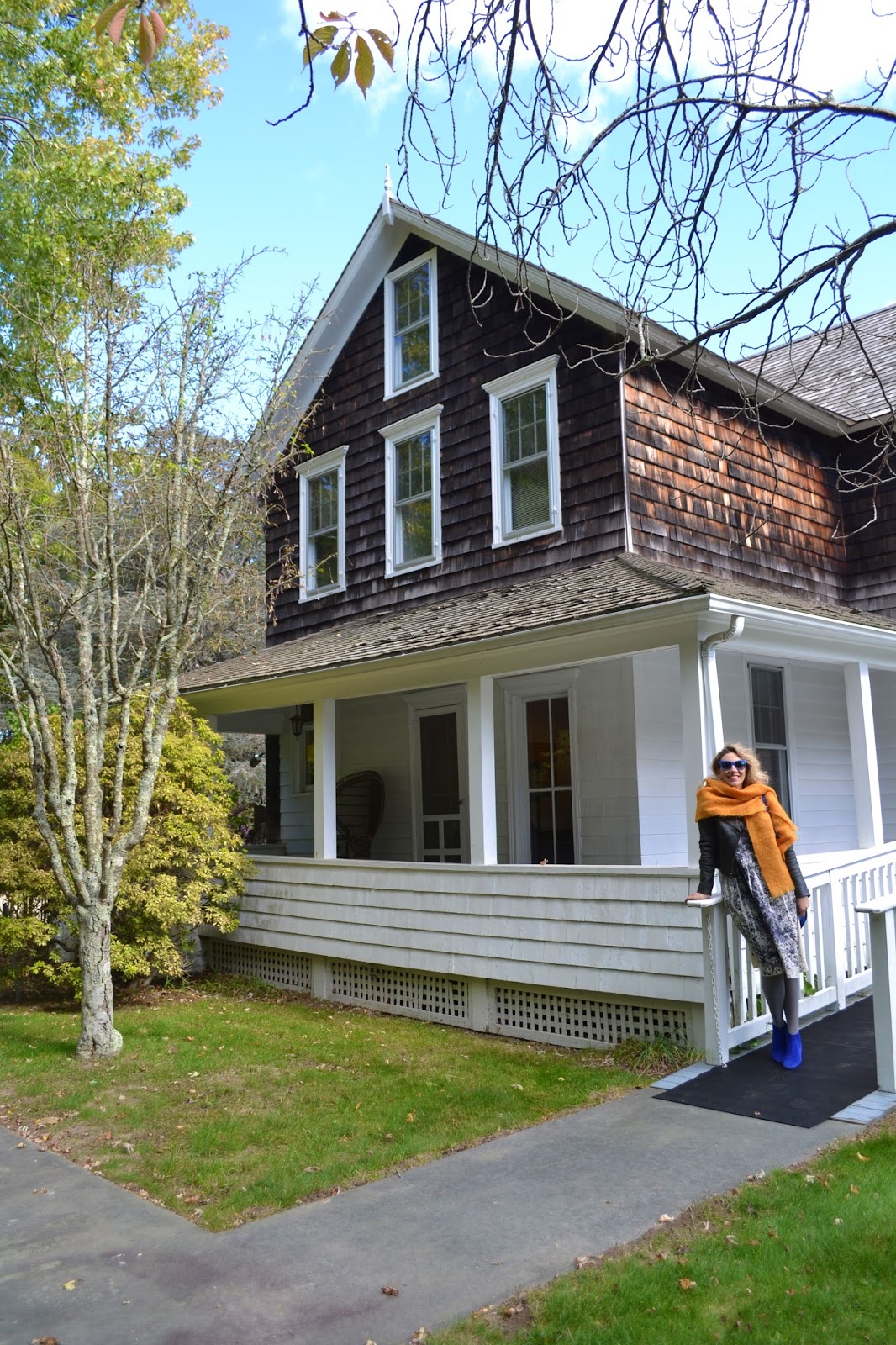 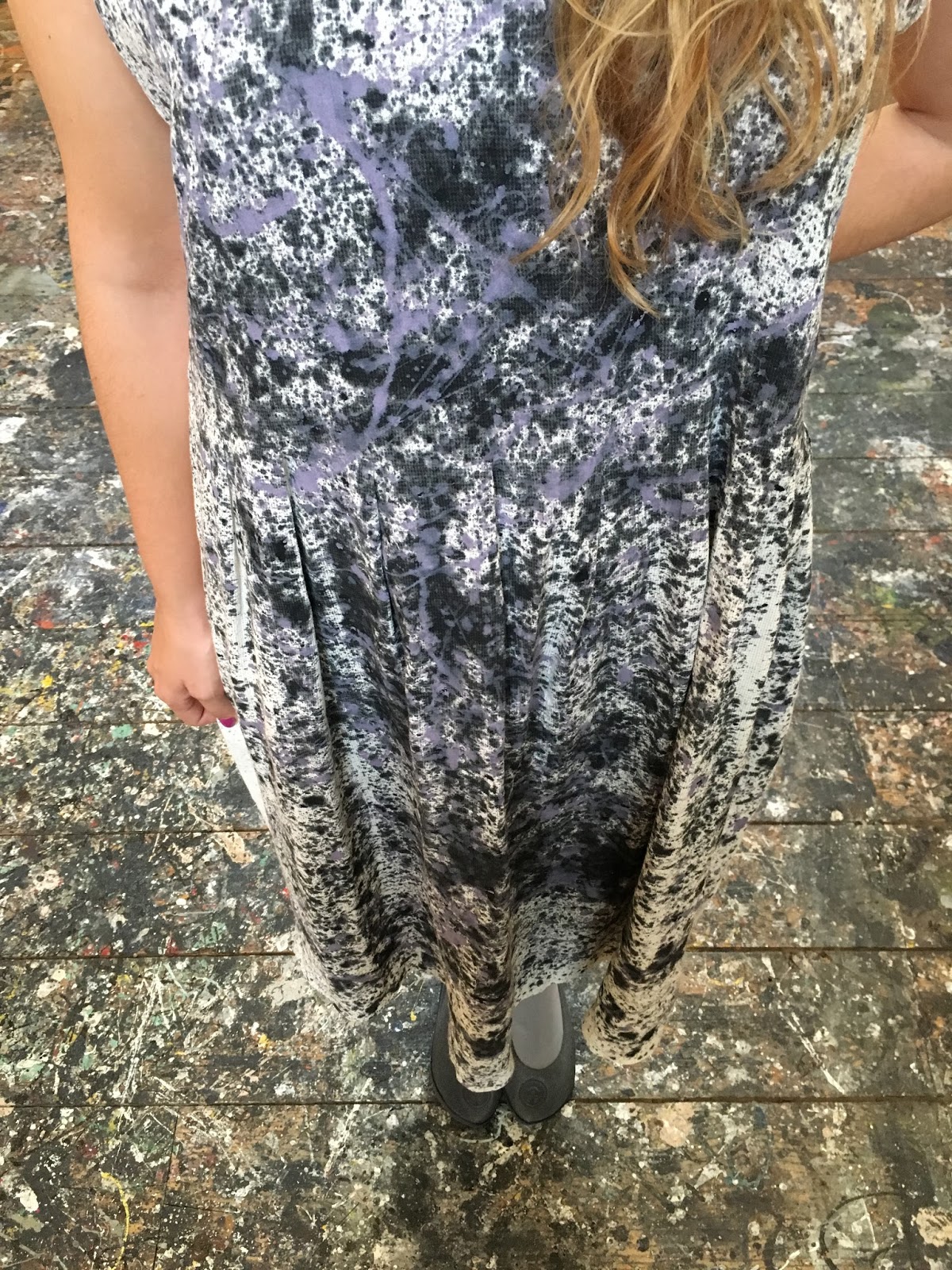 After an enjoyable afternoon impersonating Pollock on the roof of my building, I was ready to make the trek to East Hampton to the Pollock Krasner House & Study Center.

I’d been wanting to visit the historic place for at least ten years (probably as long as I’d known that it exists and is open to the public), so it was quite a treat to pile into a car with three of my friends and hit the road on a lovely autumn morning.  After about a 2.5 hour drive from Brooklyn, we pulled up to a wooden-shingled farmhouse in an absolutely beautiful setting with a view of the river and marshes.

After a warm reception from our very knowledgeable and hilarious tour guide, Myrna, we were welcomed into the barn, which had served as Jackson Pollock’s studio, and then Lee Krasner’s after his death.  After removing our shoes and donning foam slippers, we entered the space, which was filled with light, photographs, and ephemera from both of the artists’ careers.  It was truly overwhelming to walk through the space where Pollock had created such masterpieces as Autumn Rhythm.  The most poignant part of the experience was looking down on the paint drips and splatters, records of Pollock’s action painting practice and still completely intact.  You could even see outlines of specific paintings if you looked closely.

After spending a long time in the studio, we took a tour of the house, which included the couple’s collection of books, records, and even their monogrammed suitcases.  As a fan of AbstractExpressionism, it was so interesting to see the chattels of two of the movement’s greatest members, and further understand and appreciate their relationship, both personally and creatively.

The Pollock Krasner House is closed during the winter, but reopens in the spring by appointment.

Photos of me by Micah Bozeman and Emily Hoerdemann and other photos by me.