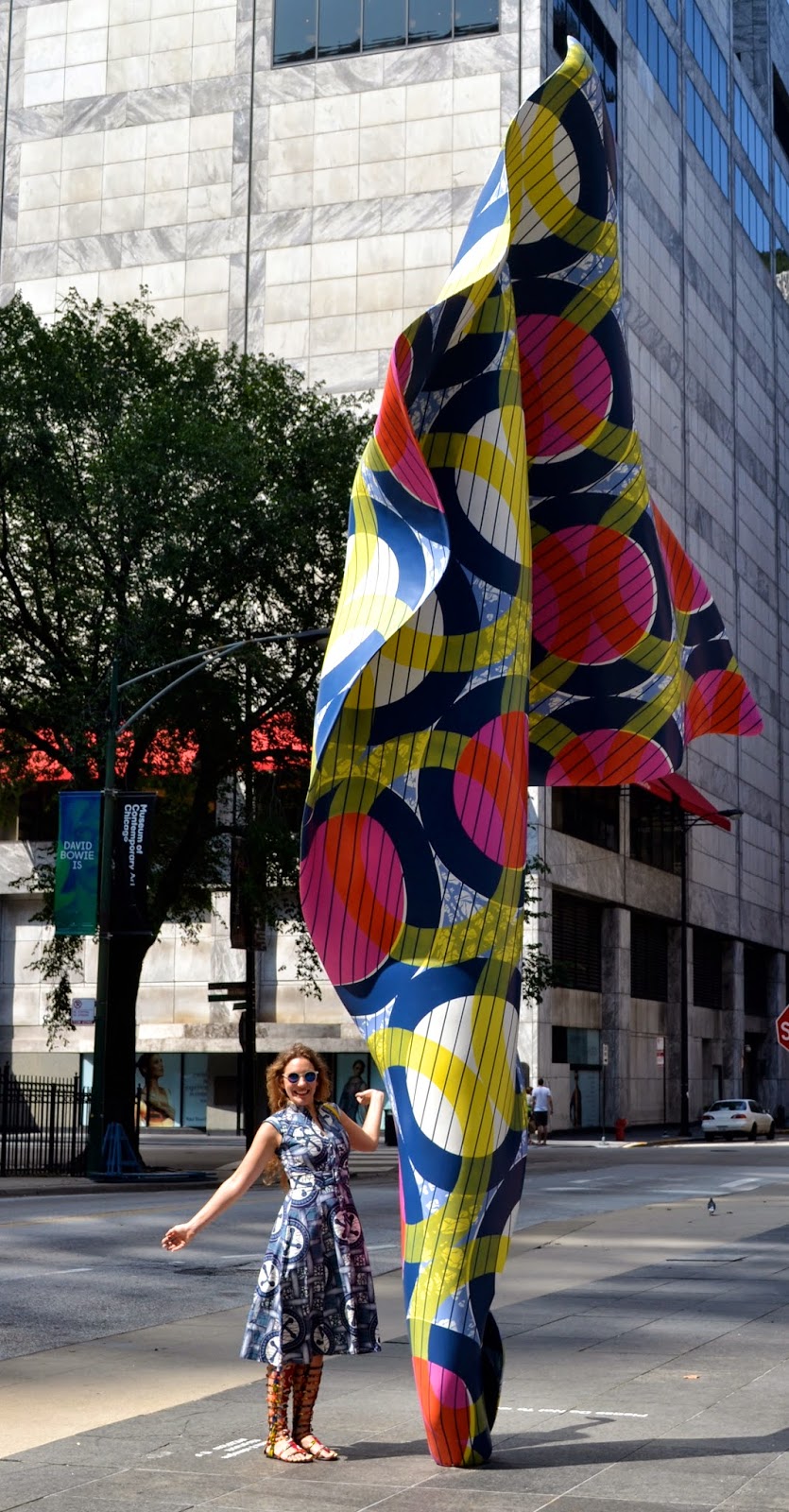 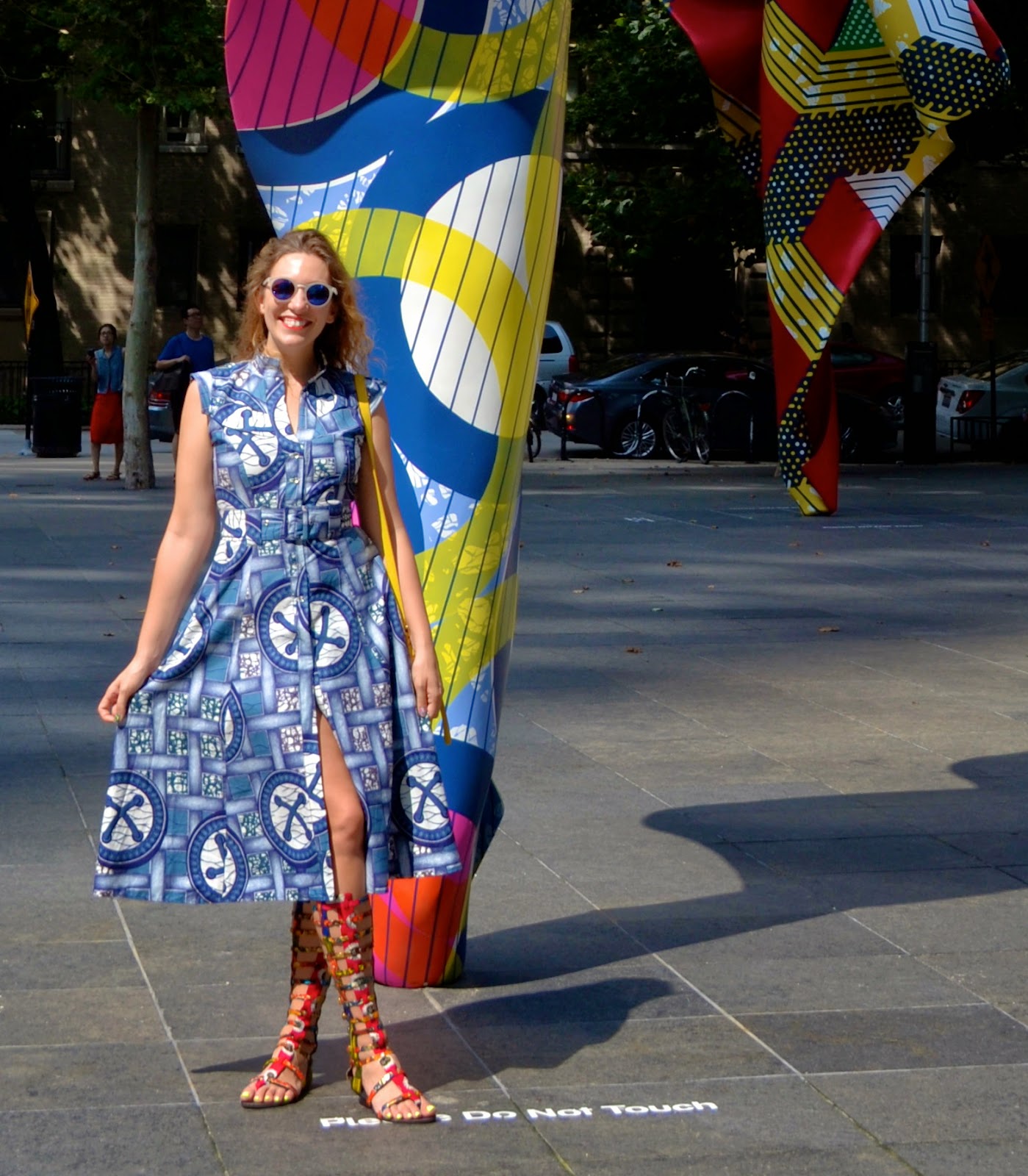 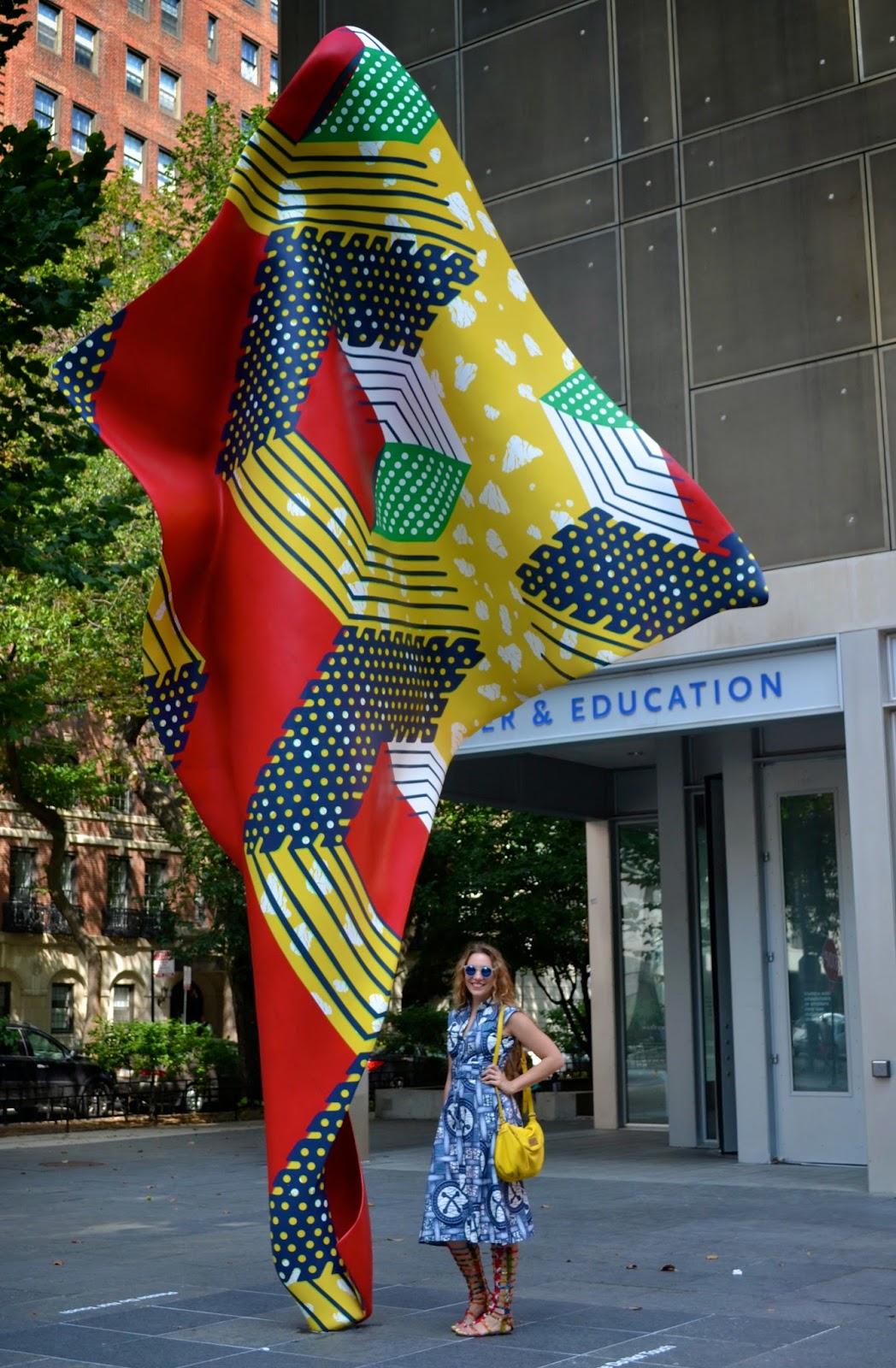 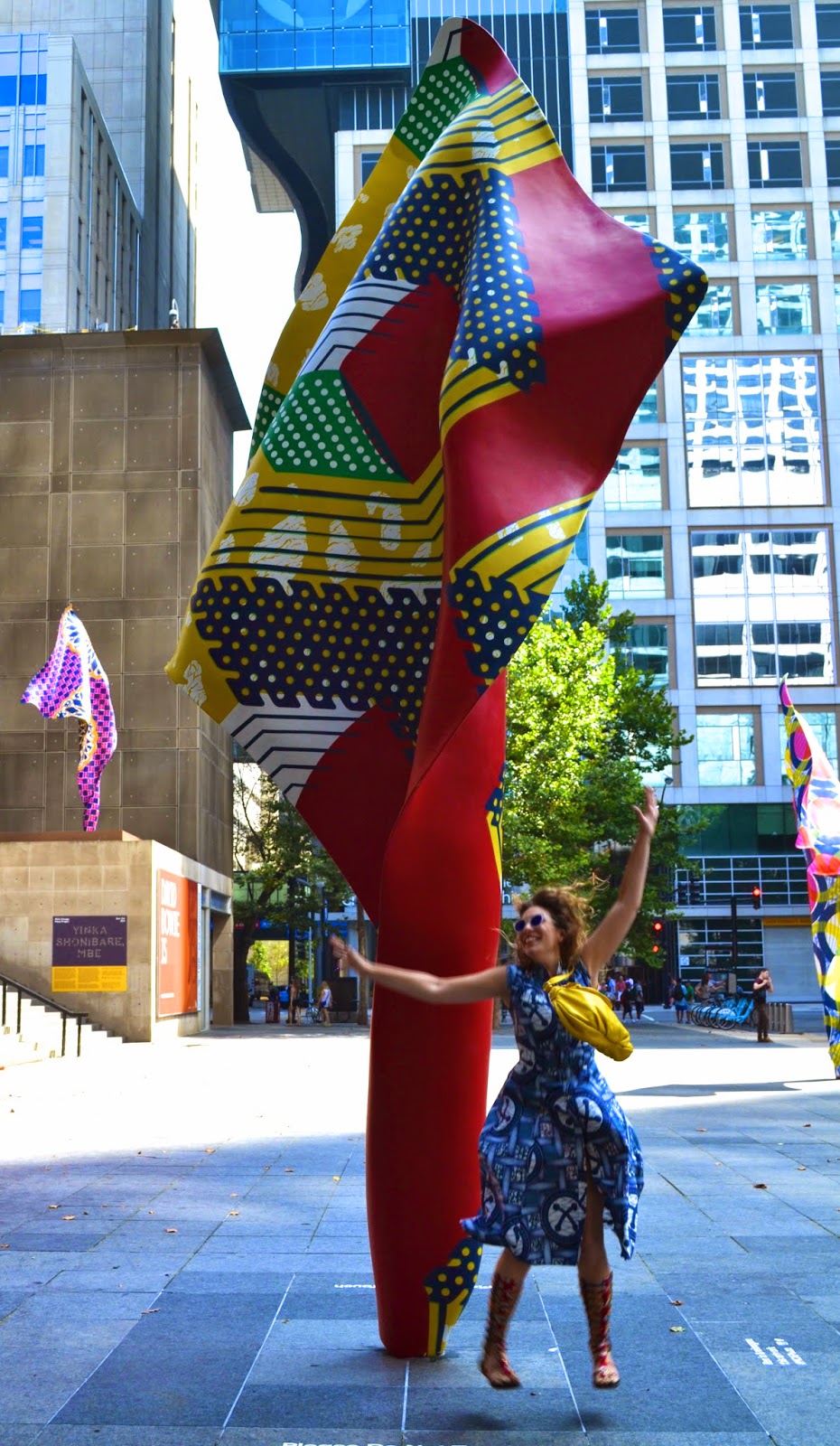 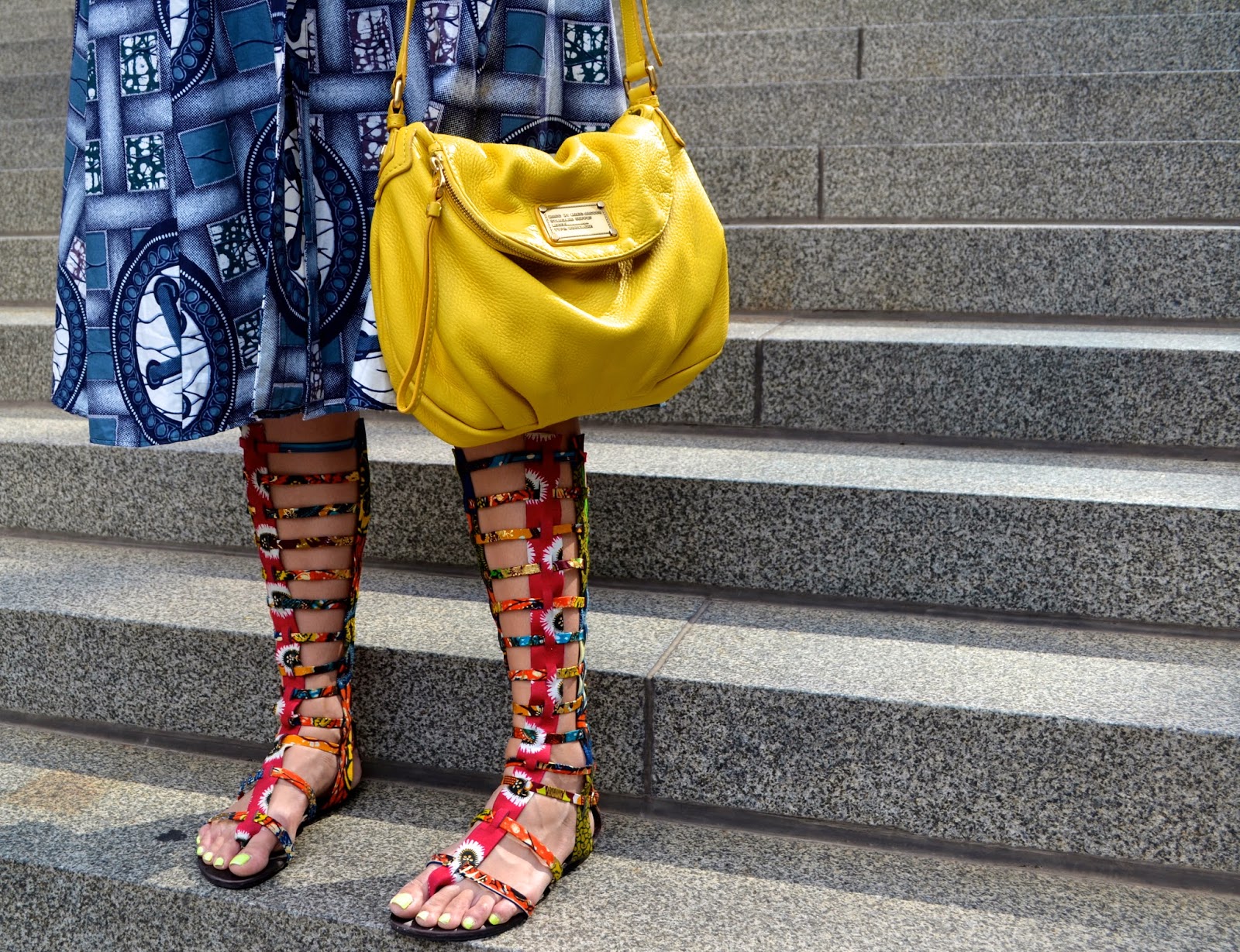 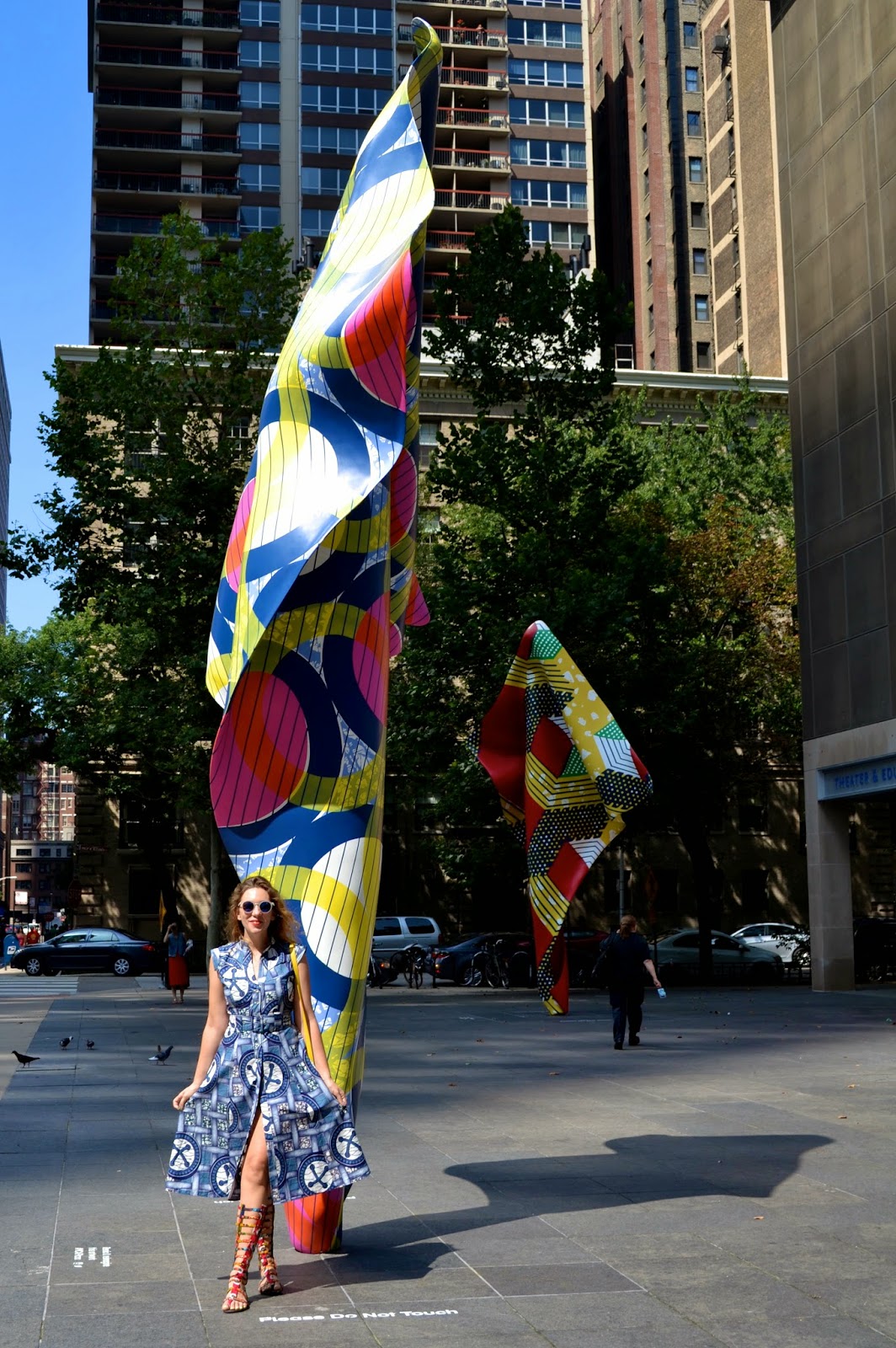 I fell in love with the work of Yinka Shonibare MBE during graduate school, when I was writing my Master’s thesis on clothing in contemporary art.  Shonibare’s work is centered around the use of Dutch Wax textiles, exported from the Netherlands for African markets. The fabric is widely accepted as a symbol of African culture, but really signifies colonization and the merging of cultures, which is a very central theme to Shonibare’s work and his persona as an English Nigerian. I’ve followed Shonibare’s career very closely since 2008, and have had the privilege to see his work in person in New York, Philadelphia, Washington, DC, and as of this weekend, in Chicago. For his MCA Plaza Project, Shonibare created large scale Wind Sculptures that resemble flowing pieces of Dutch Wax fabric undulating in the breeze of nearby Lake Michigan.

Photos by Kristen Seay at the Museum of Contemporary Art, Chicago.