CHRISTOPHER WOOL at the GUGGENHEIM 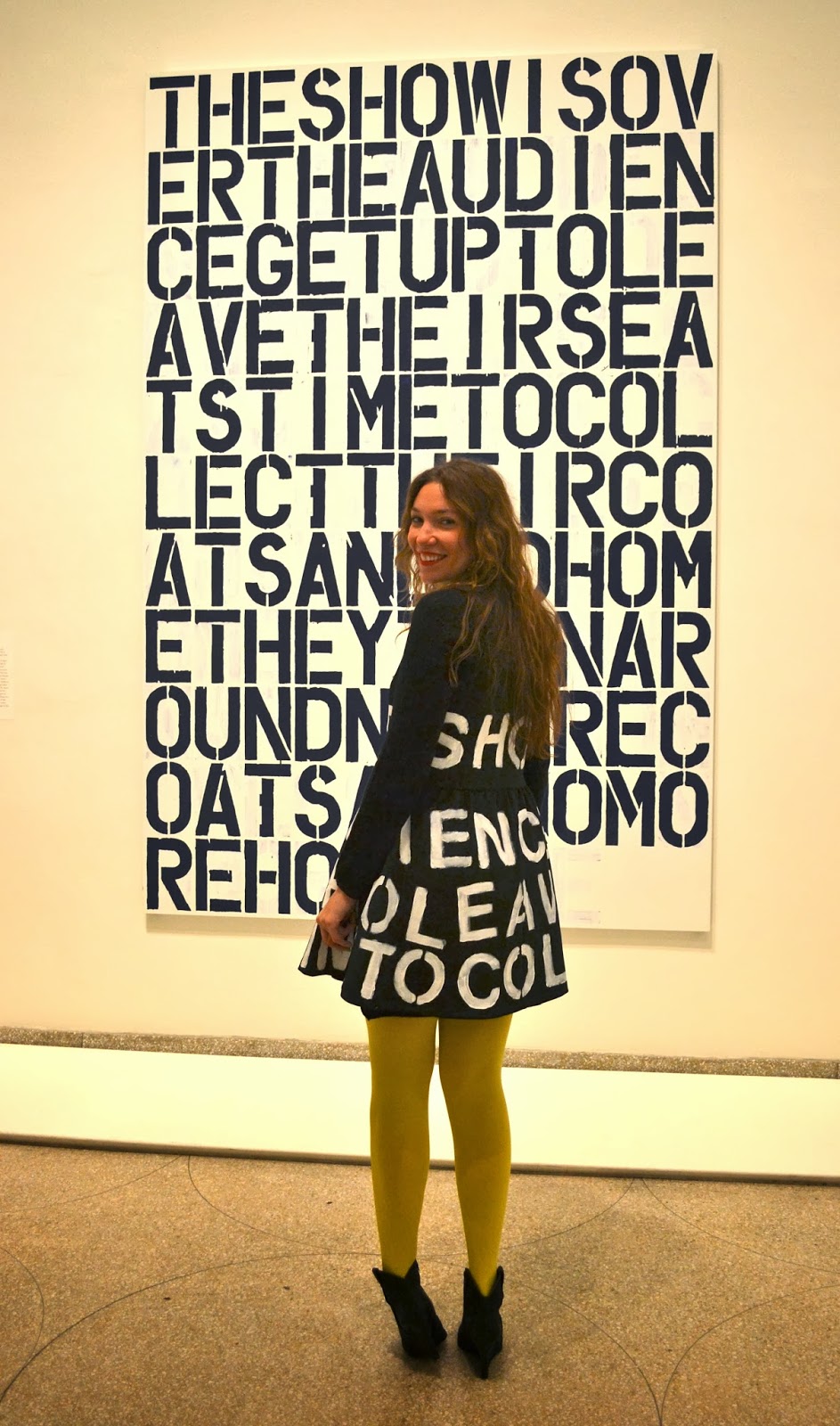 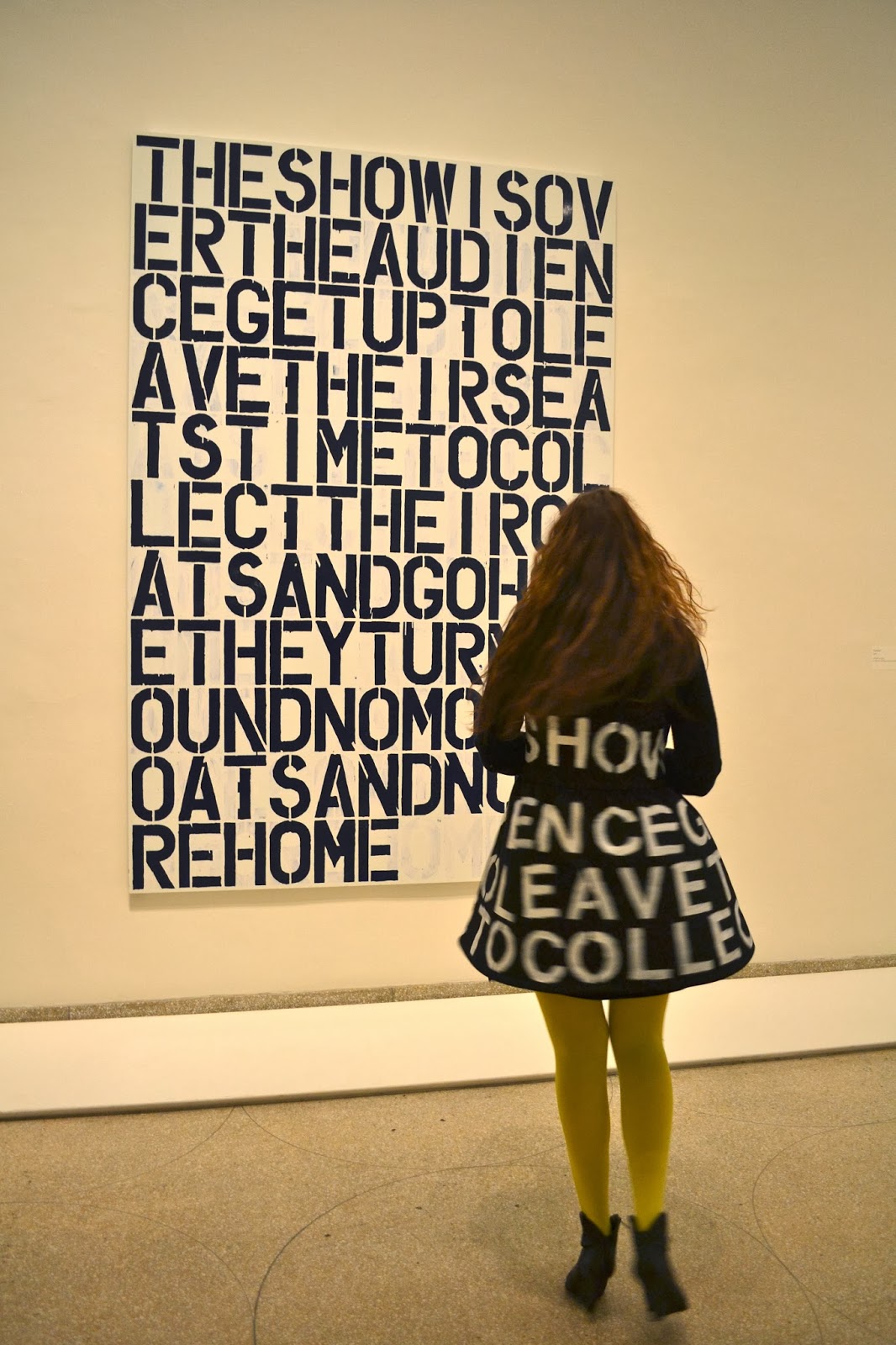 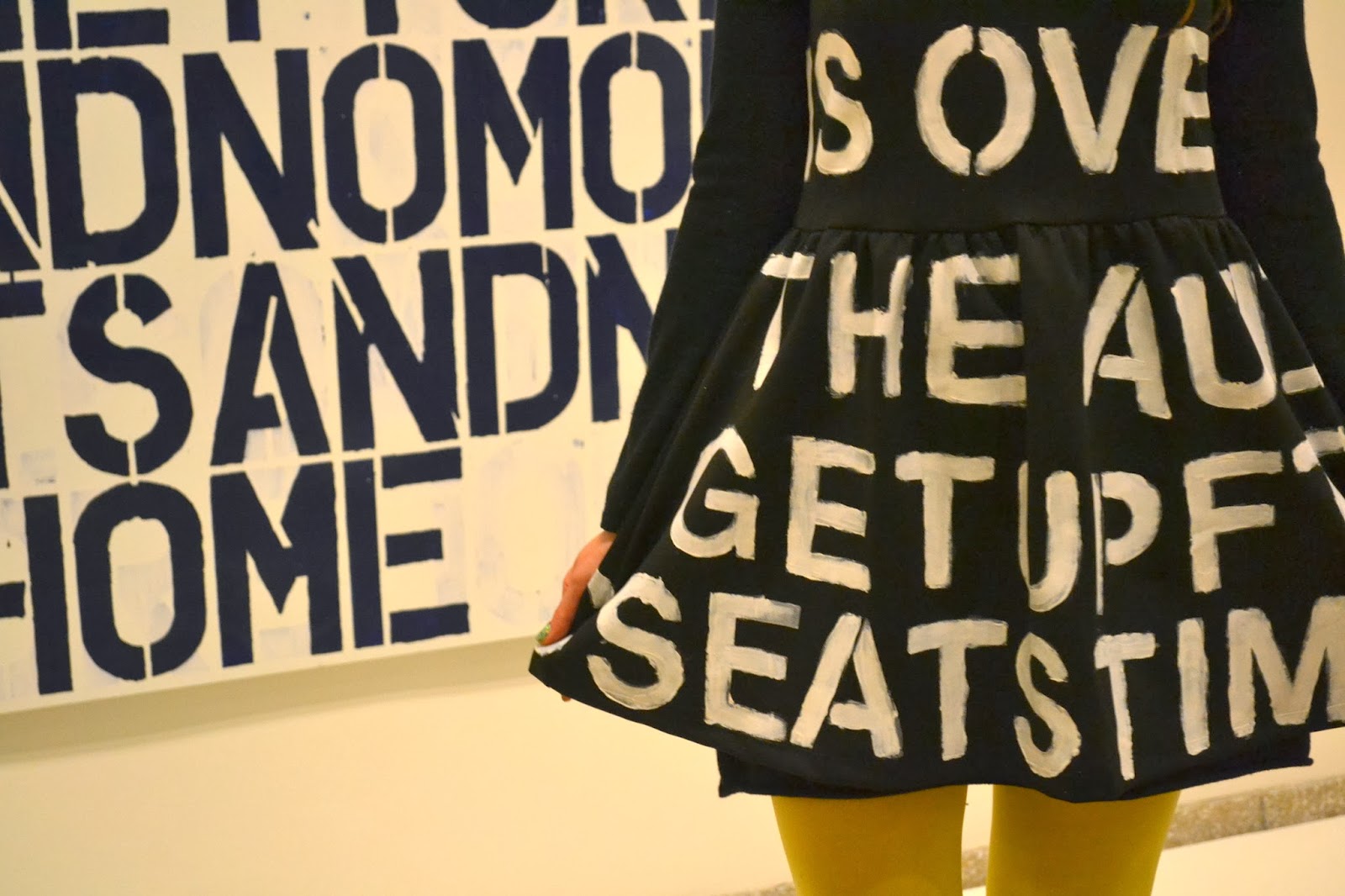 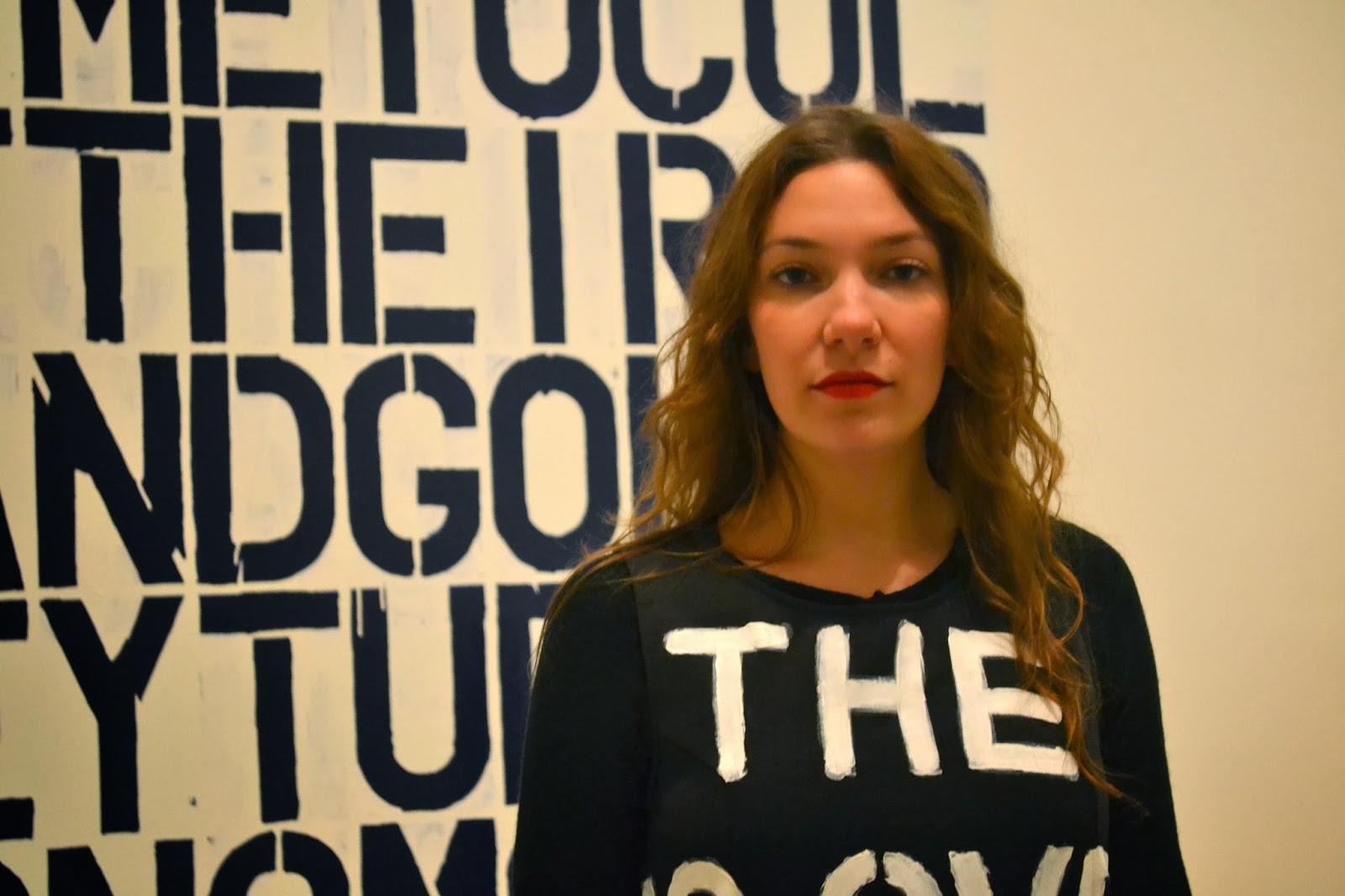 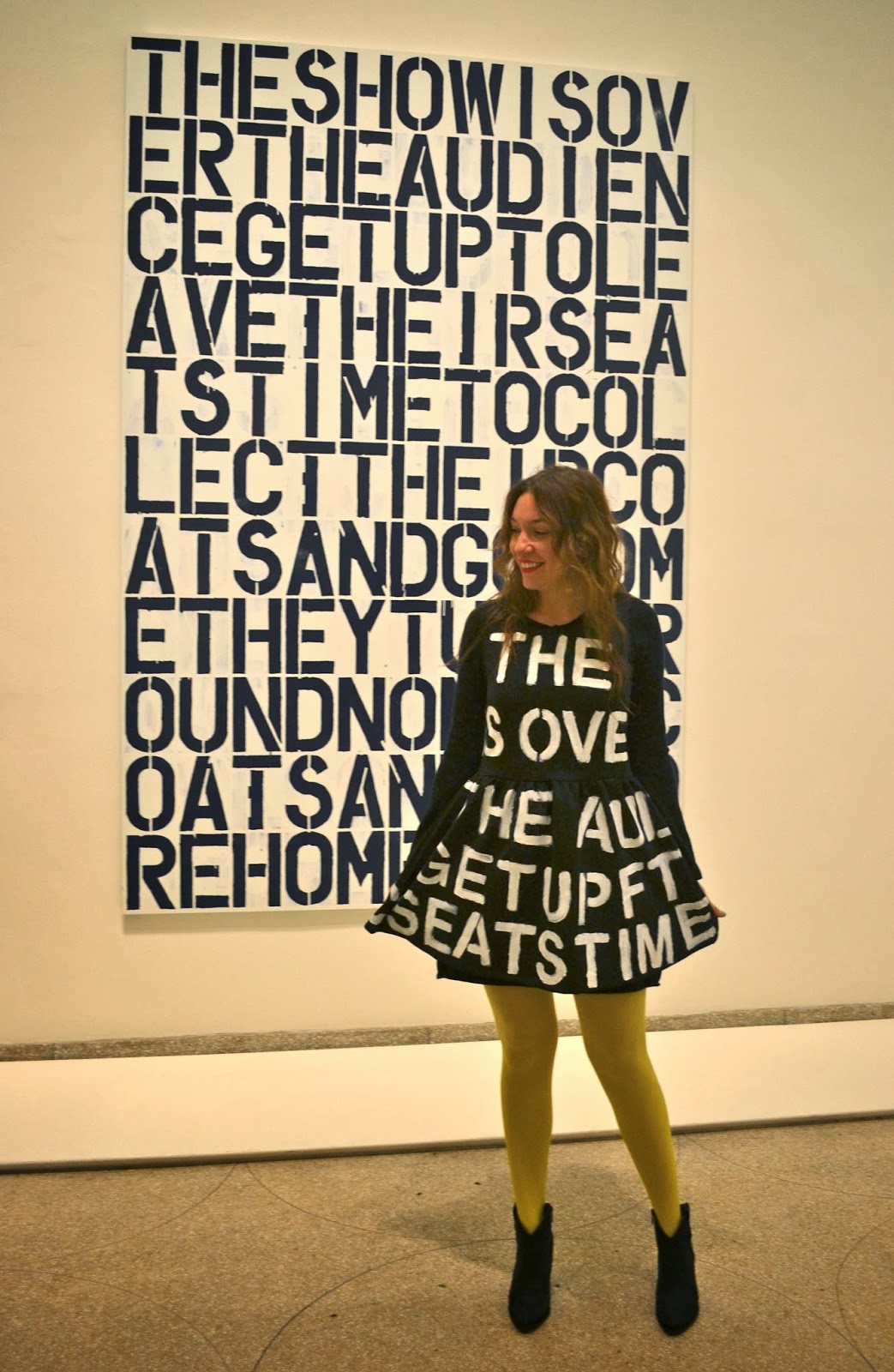 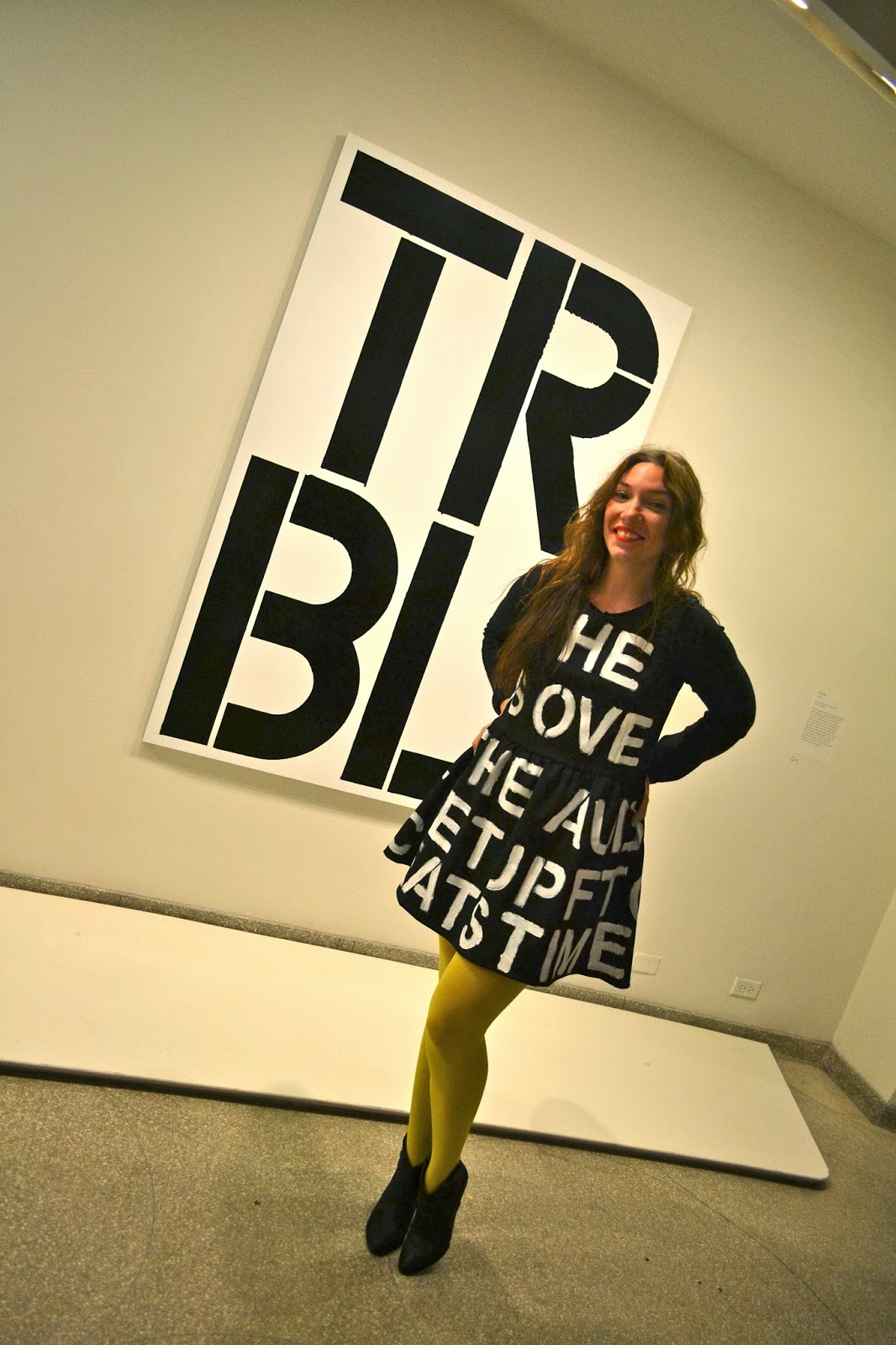 I'm excited to share my newest DIY, inspired by the Christopher Wool retrospective at the Solomon R. Guggenheim Museum in New York City.

Wool (b. 1955) is an American artist, known by me for his large text-based canvases, such as the ones shown here.  Using commercial materials, such as black enamel, rollers, and stencils, Wool creates paintings that feature words as their subject, drawing to mind the shapes and contrasts that words create on a white page.

The New York-based artist studied painting at the New York Studio School, and subsequently studied film at NYU, before dedicating his career to painting.  I was surprised to find beautiful suites of black and white photographs as a part of the retrospective, depicting lonely scenes of city life. These works were surprisingly relatable to Wool's large canvases, equally monochrome and devoid of human interaction.

Making this dress was an enlightening experience, providing me a glimpse into the process behind Wool's much more involved canvases.  First, I chose a plain black dress from my closet (worn here), and found some commercial stencils at an art supply store.  Using acrylic paint, I painted the words from Wool's Untitled work, "THE SHOW IS OVER THE AUDIENCE GET UP TO LEAVE THEIR SEATS TIME TO COLLECT THEIR COATS AND GO HOME THEY TURN AROUND NO MORE COATS AND NO MORE HOME." The quote is from Greil Marcus' Lipstick Traces, and is a poignant example of Wool's theme of nihilism.

Seeing Wool's retrospective gave me a much greater appreciation of his work, helping to establish a broader context of themes and mediums, and viewing the full timeline of his practice.  The exhibition closes on January 22nd.

Photos by Hannah Kauffman.
Posted by Artfully Awear at 11:11 AM