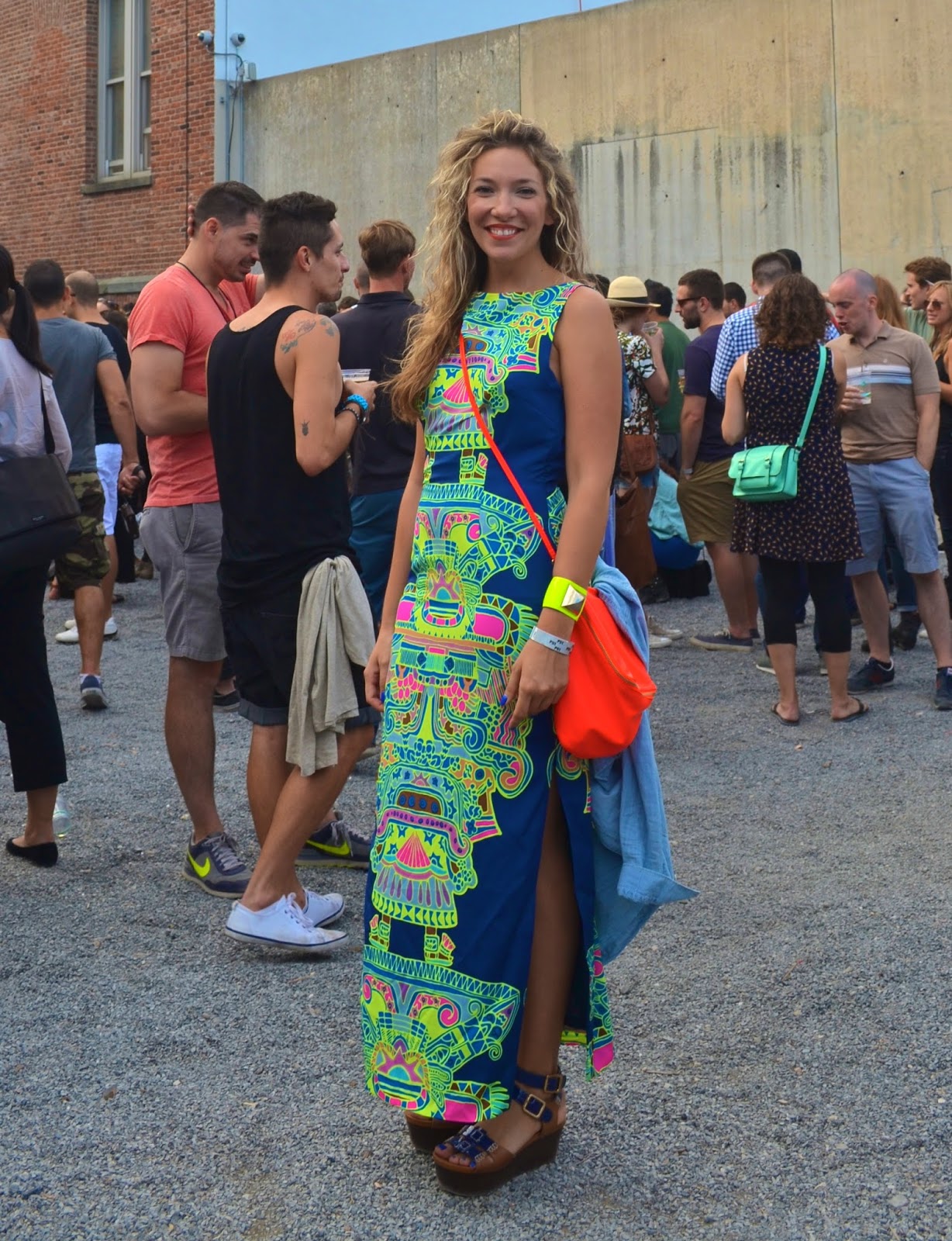 My outfit for the last Warm Up of the season at MoMA PS1 was inspired by Evie Falci's mesmerizing canvases. 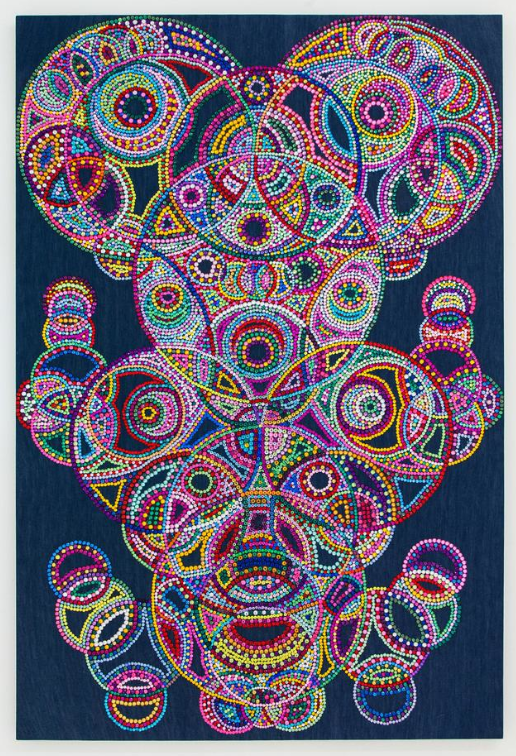 The Brooklyn-based artist covers stretched denim with colorful rhinestones, studs, and beads, resulting in these bedazzled works, which she has said are influenced by optical dot paintings of Yayoi Kusama. See my Kusama-inspired outfit post here. 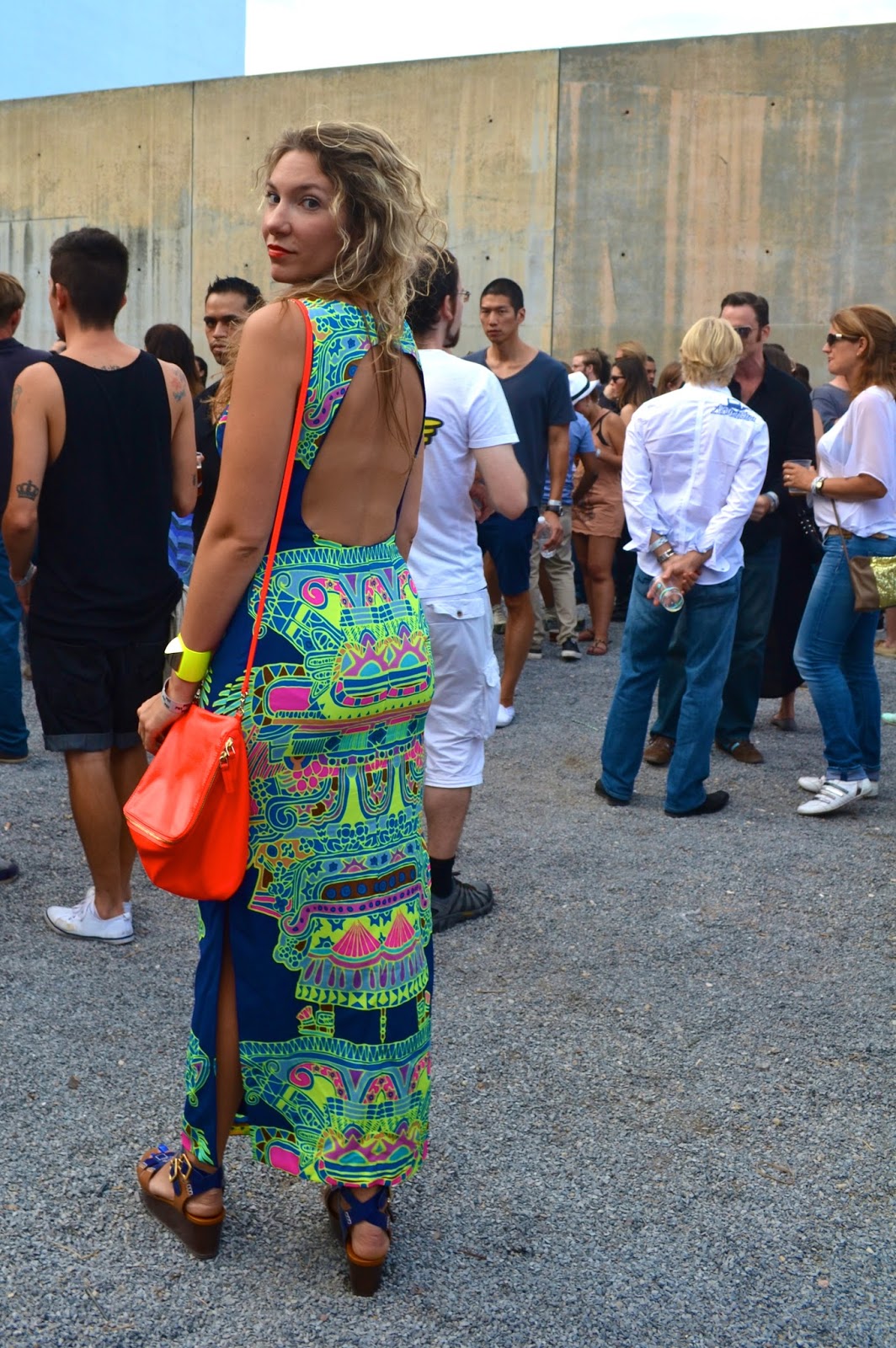 Falci has described her process as spider-like, slowly and meticulously working to create a web of color and texture.  These works the bedazzled interiors and portraits of Mickalene Thomas. 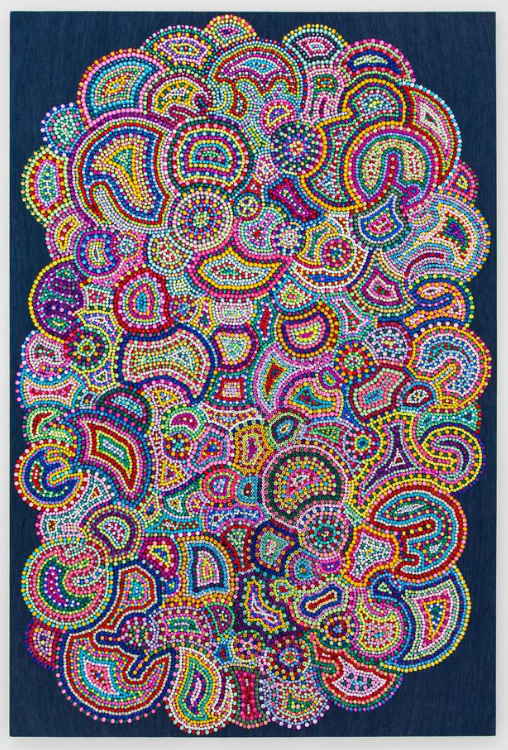 The works exist on multiple levels as craft, sculpture, and painting, and are nonrepresentational, the patterns flowing freely as Falci works, without underpainting or sketches. 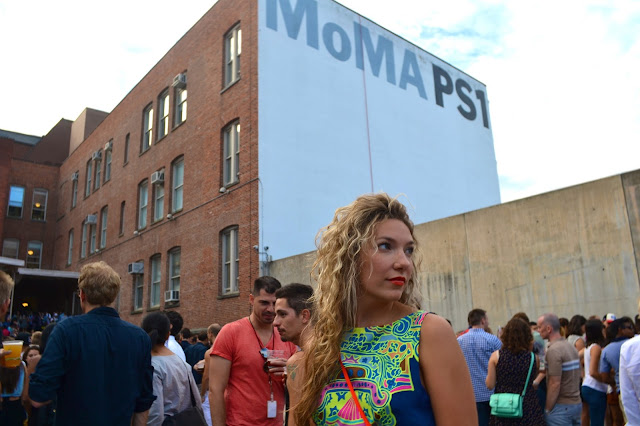 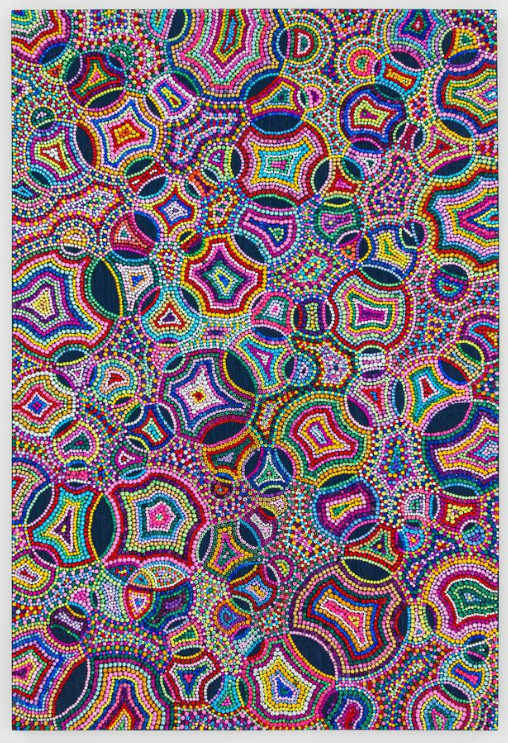