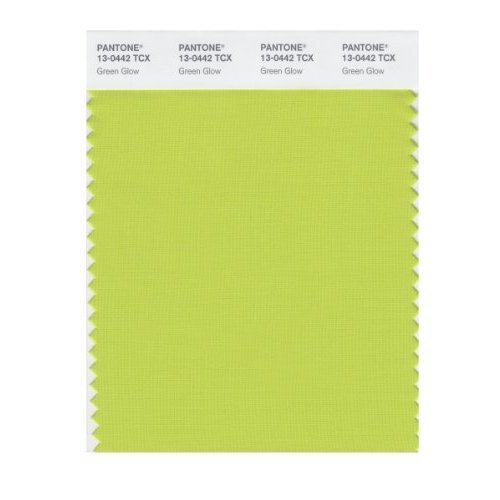 I decided to save the best for last in the final post in my Artfully Awear + Pantone series: my favorite dress and my favorite color.  Pantone's Green Glow is showcased by this Oscar de la Renta gown and captured by these tromp l'oeil paintings by Tauba Auerbach. 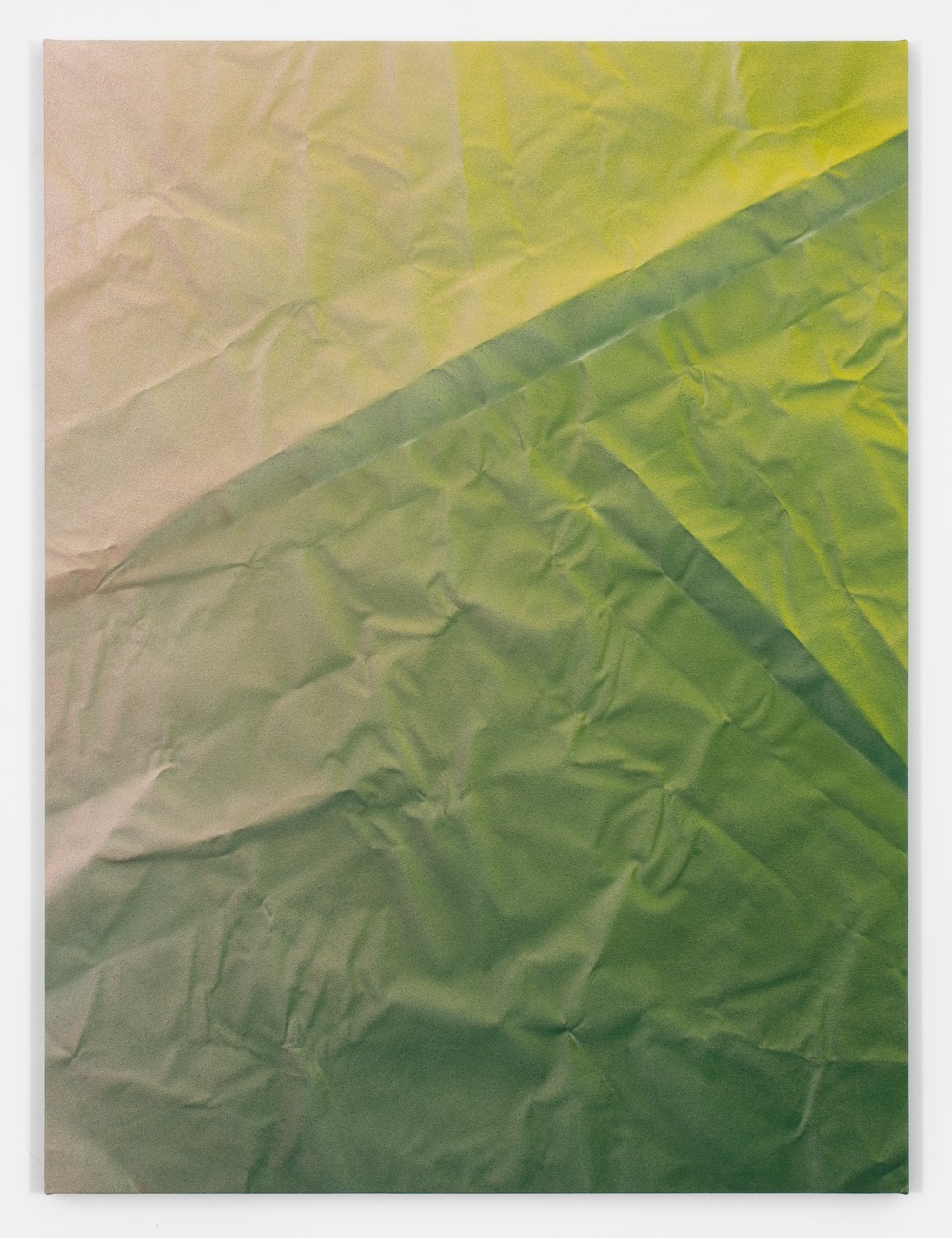 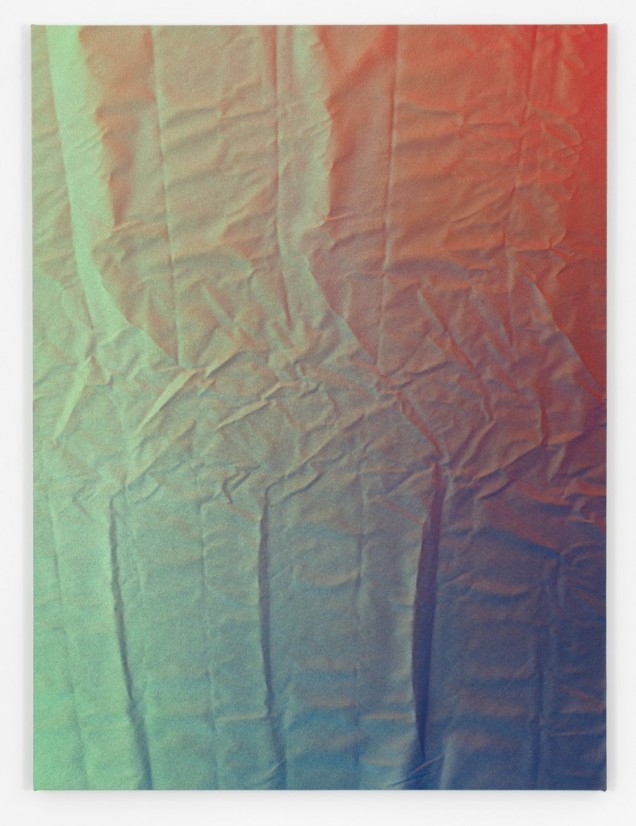 Born in 1981 in San Francisco, Auerbach now lives and works in New York City.  I first came across her work in Vitamin P2, one of my favorite painting books, and became better acquainted with her story via The Gentlewoman. 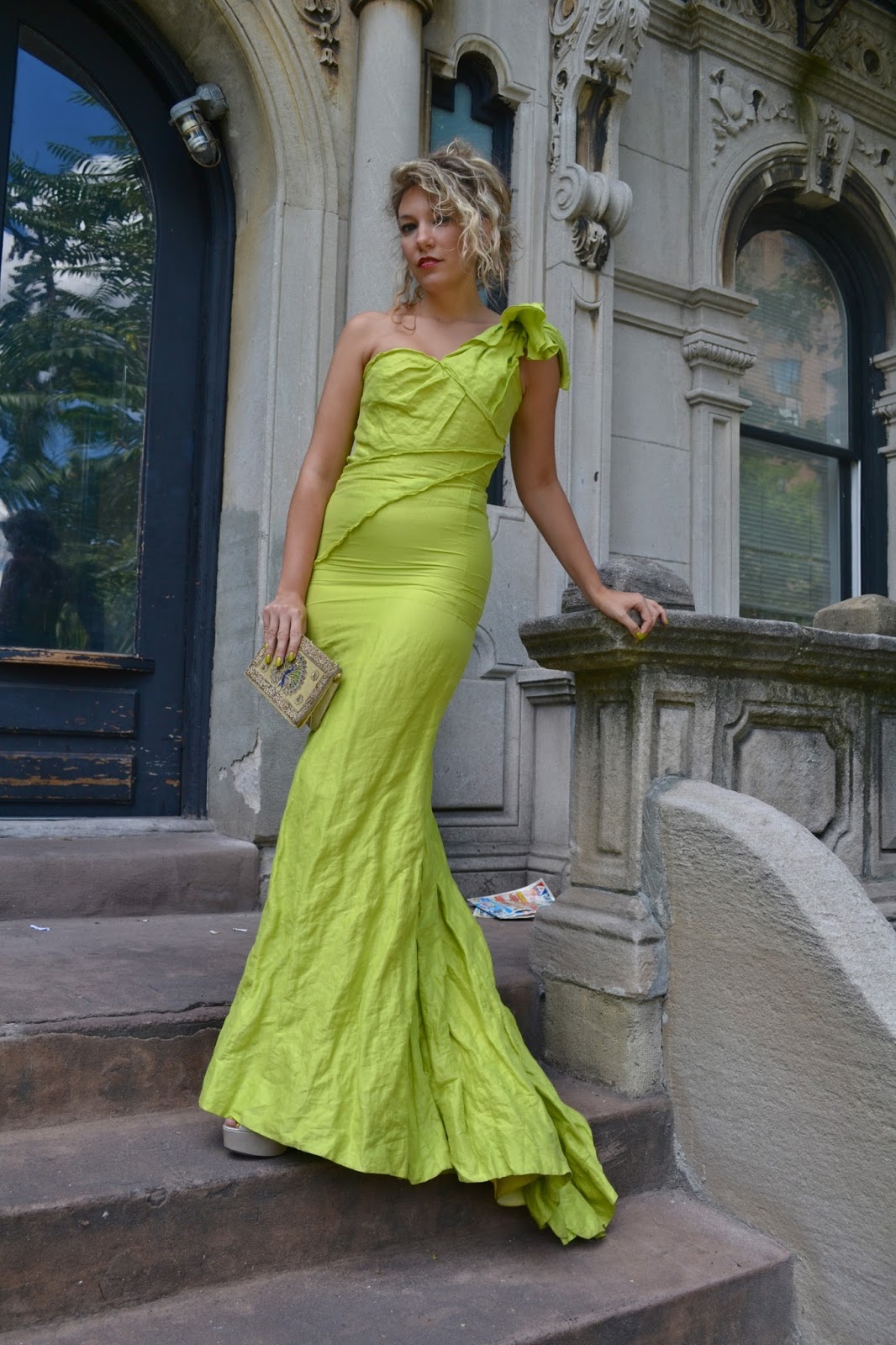 The canvases shown here are just one part of her artistic oeuvre, and I've found them extremely powerful in their use of the canvas as well as paint, to create a two-dimensional/three-dimensional dialogue. 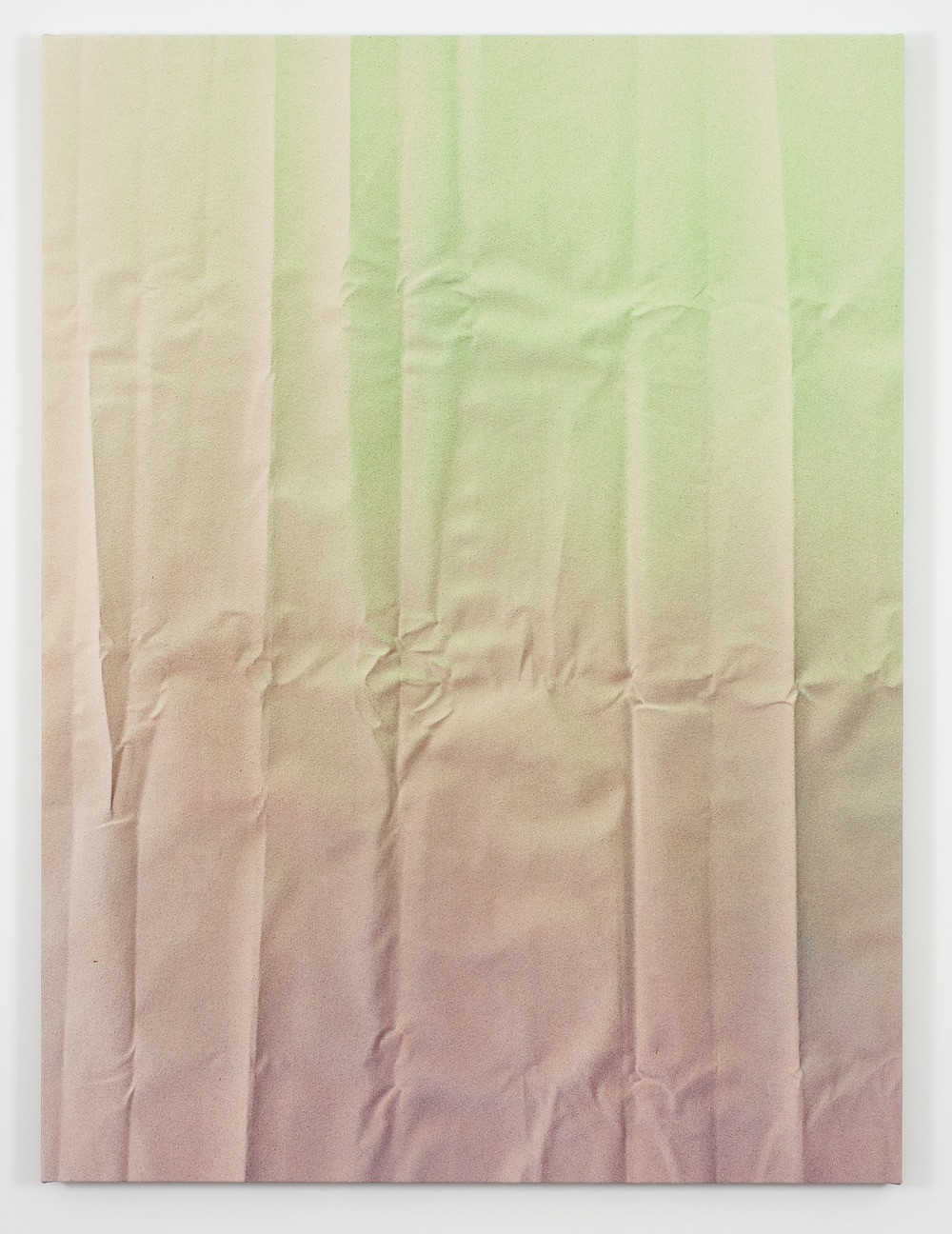 The unique rumpled, wrinkled effect is achieved by folding or crumpling the canvas before stretching.  Finally, Auerbach adds paint using a spray gun. 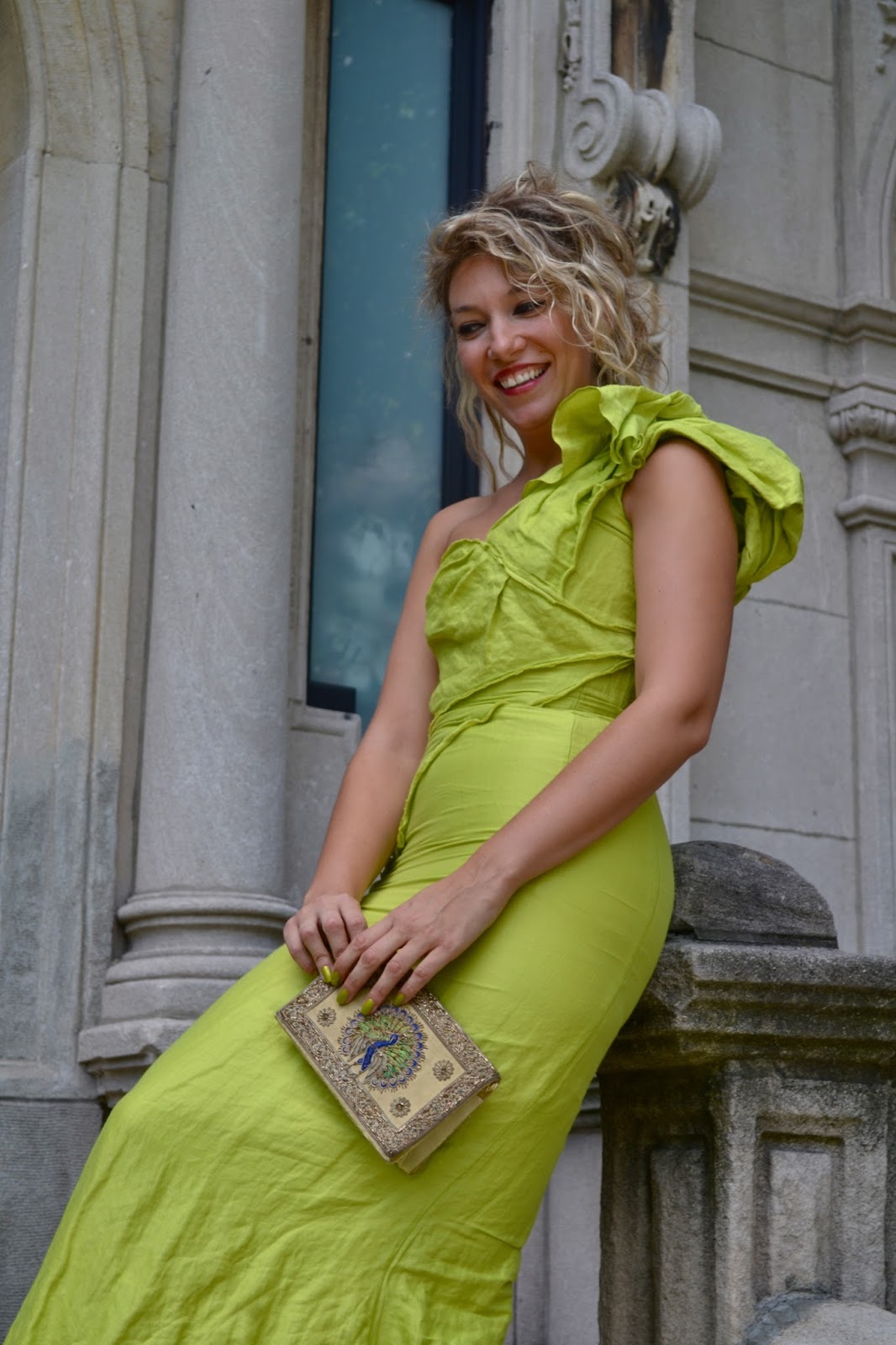 According to Auerbach's profile on the website of the Whitney Museum of American Art, "By creating an object in which two supposedly discrete states—flatness and three dimensionality—are merged, Auerbach confronts the limitations between these states, revealing an ambiguity that is often overlooked." 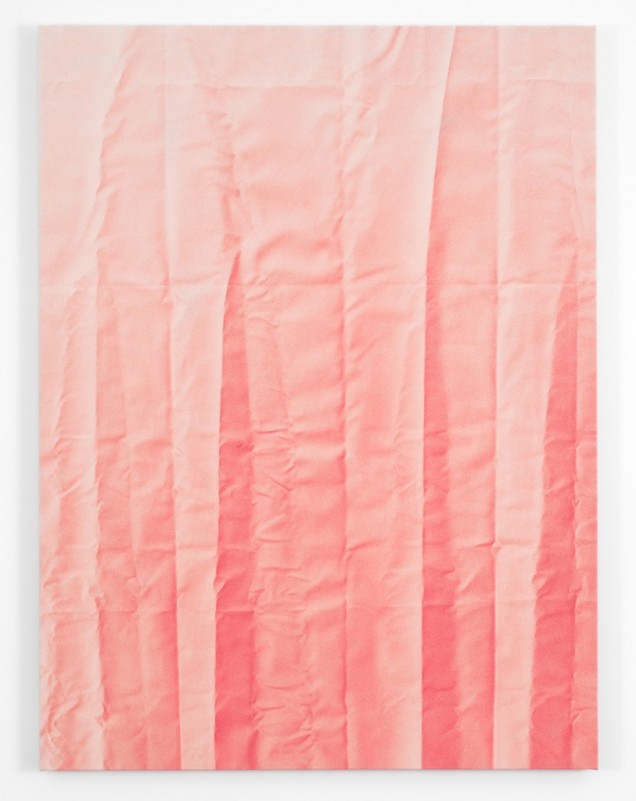 I love the way the unique fabric of this dress holds beautifully imperfect wrinkles, and the color and texture reminded me of Auerbach's gorgeous canvases. 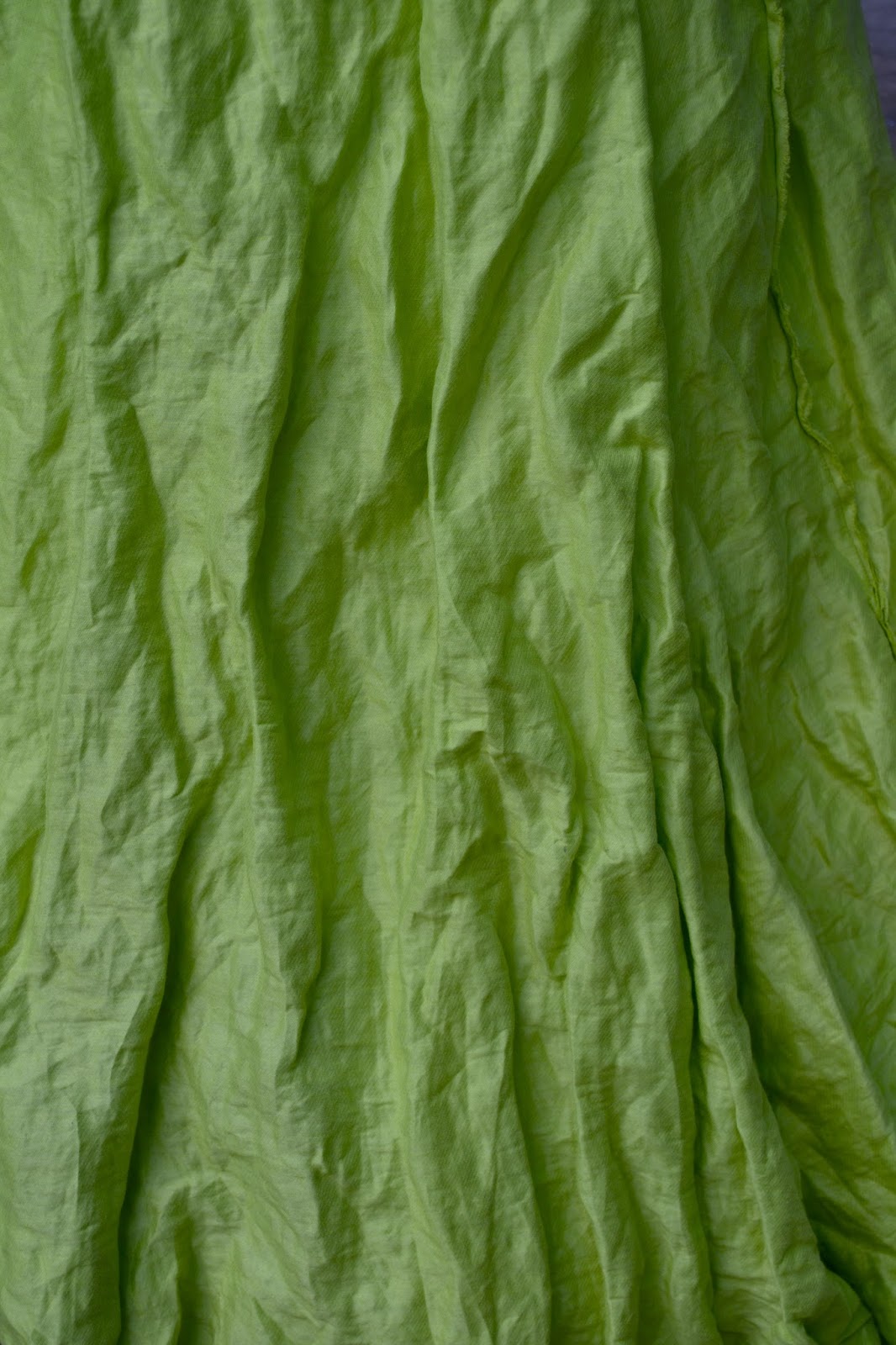 Auerbach will be signing a limited edition issue of The Thing Quarterly at the New York Art Book Fair this Saturday!  Details here. 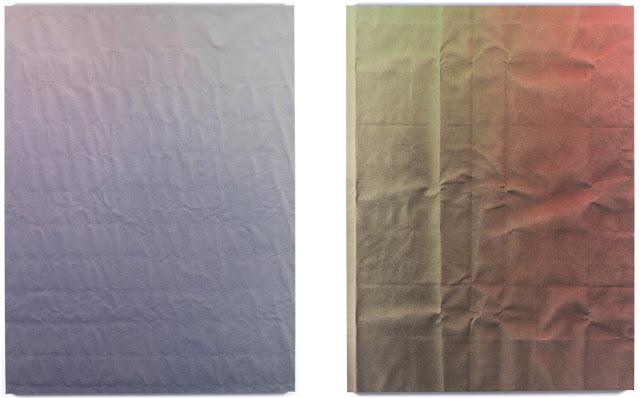 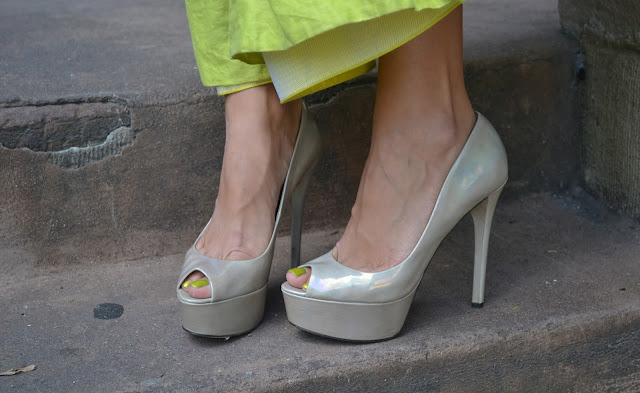 The Artfully Awear + Pantone series has been a dream for me.  One last thank you to Pantone for the opportunity! 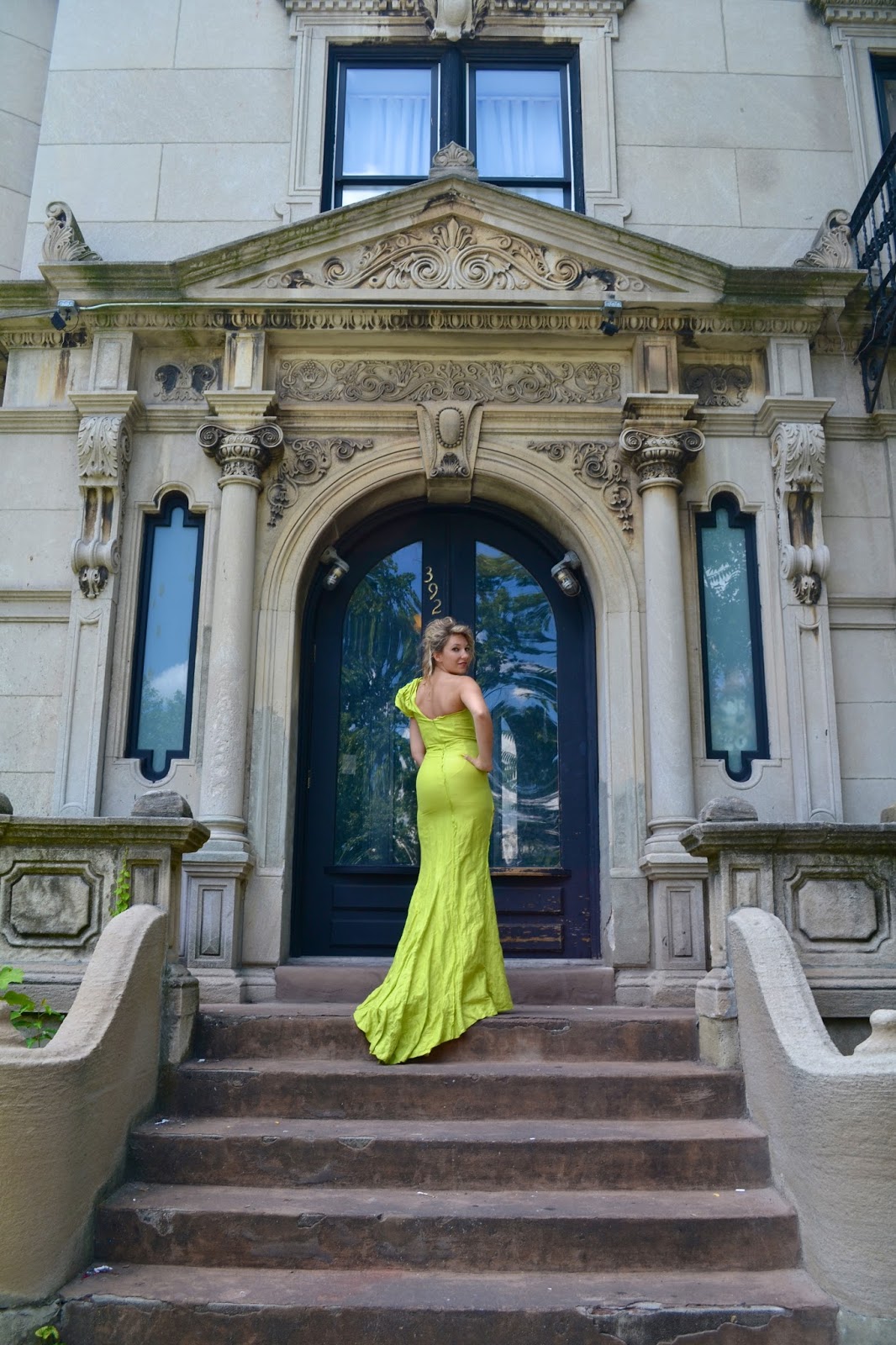