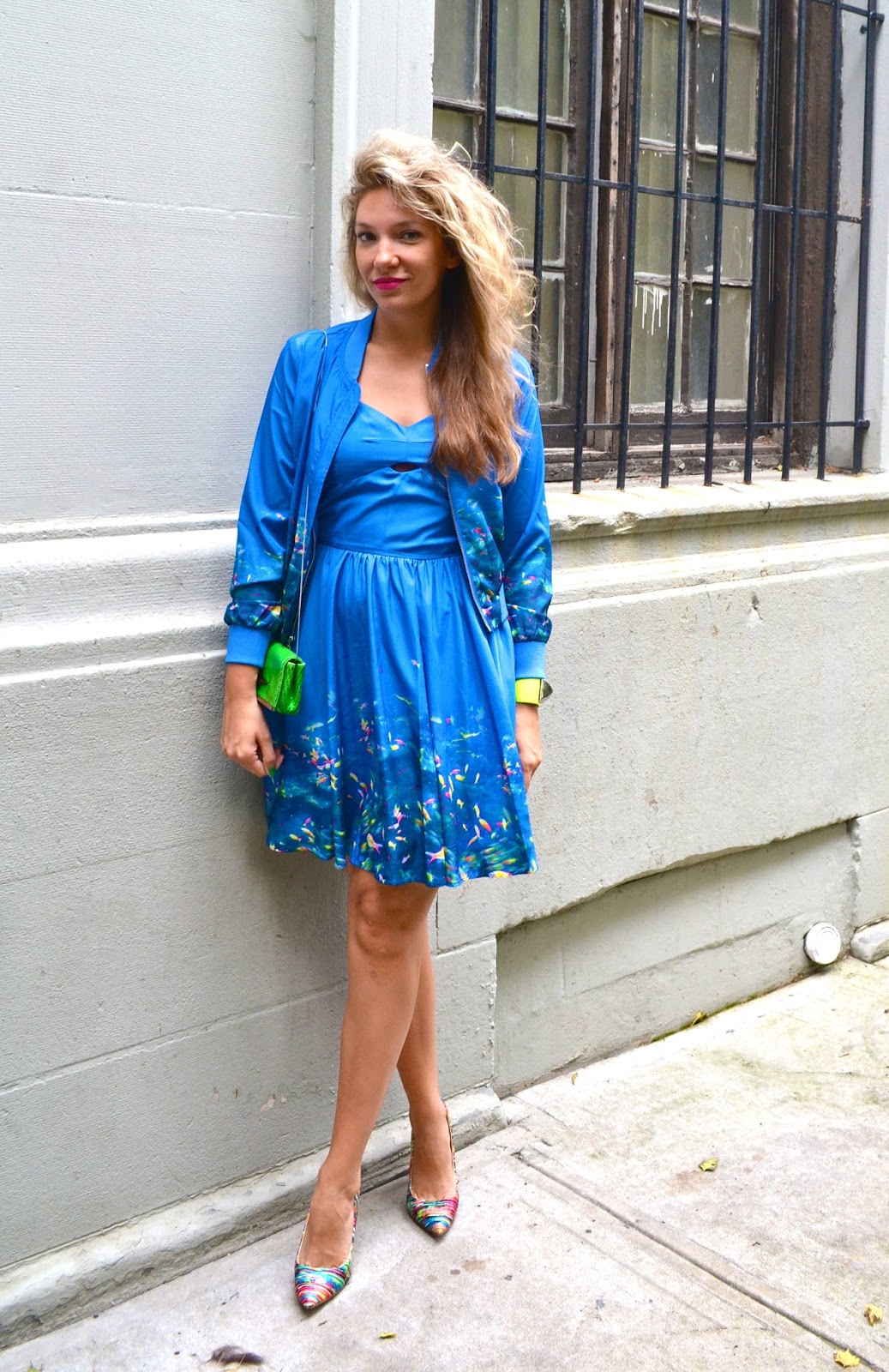 Interactive artwork isn't a medium that I often post here, simply because it doesn't translate as easily into something wearable.  However, Dominic Harris's Deep Blue Interactive Aquarium is both participatory and visually engaging, a perfect harmony of beauty and technology. 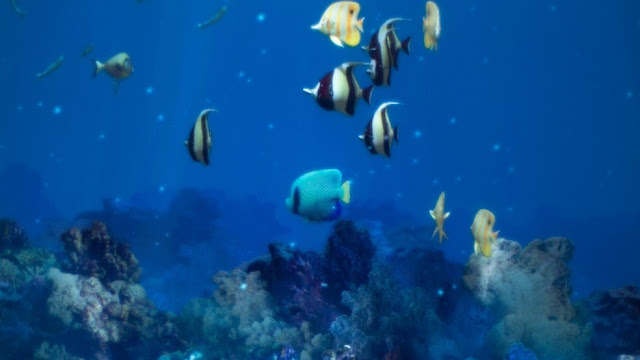 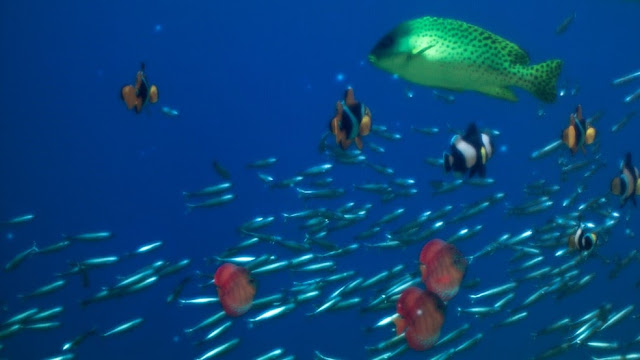 Harris is a London-based artist and designer whose "chosen palette of materials is lighting interaction design, and electronics." 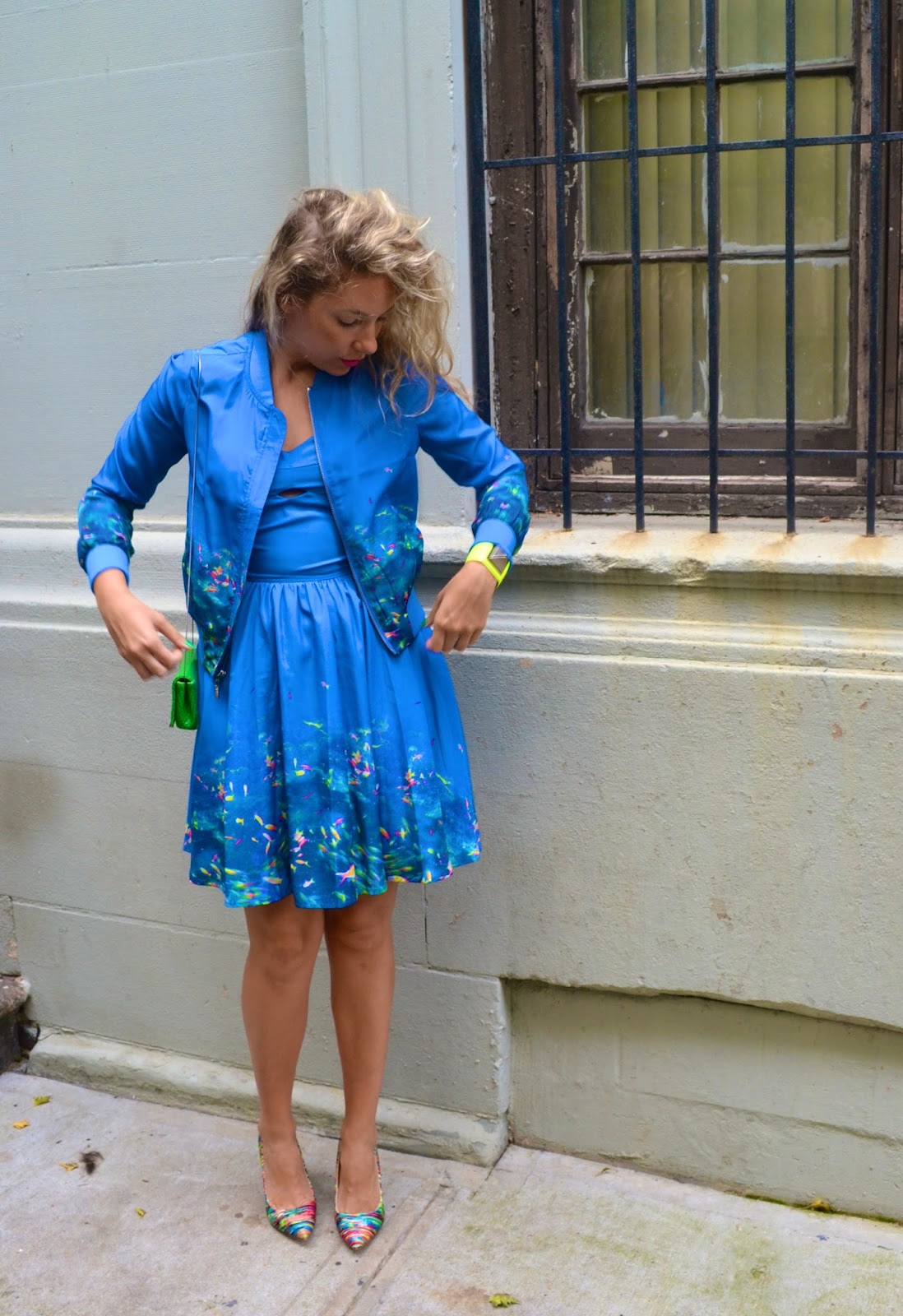 His training as an architect has affected the function and scale of his creative projects, which are carried out by Cinimod Studio, founded by Harris in 2007. 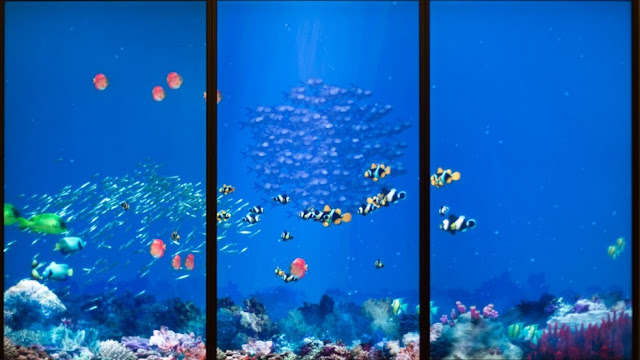 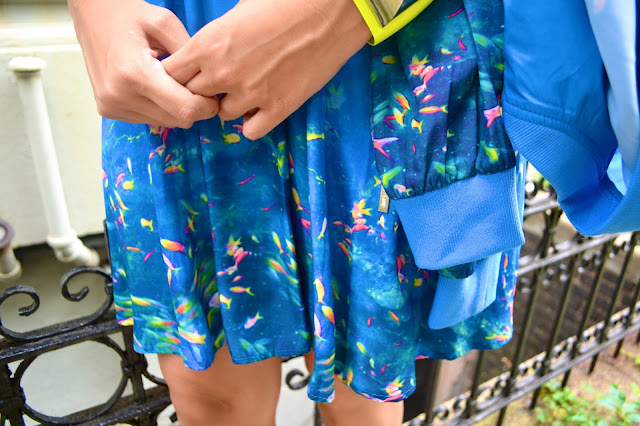 Beautiful in its latent state, this piece comes alive when the viewer engages with the screen.  Aquarium is reminiscent of my favorite interactive artwork, Daniel Rozin's Sketch Mirror.  Whereas Rozin's piece literally mirrors the viewer, Aquarium mimics the viewer's movements and actions, framing them as though their presence gives the work greater meaning. 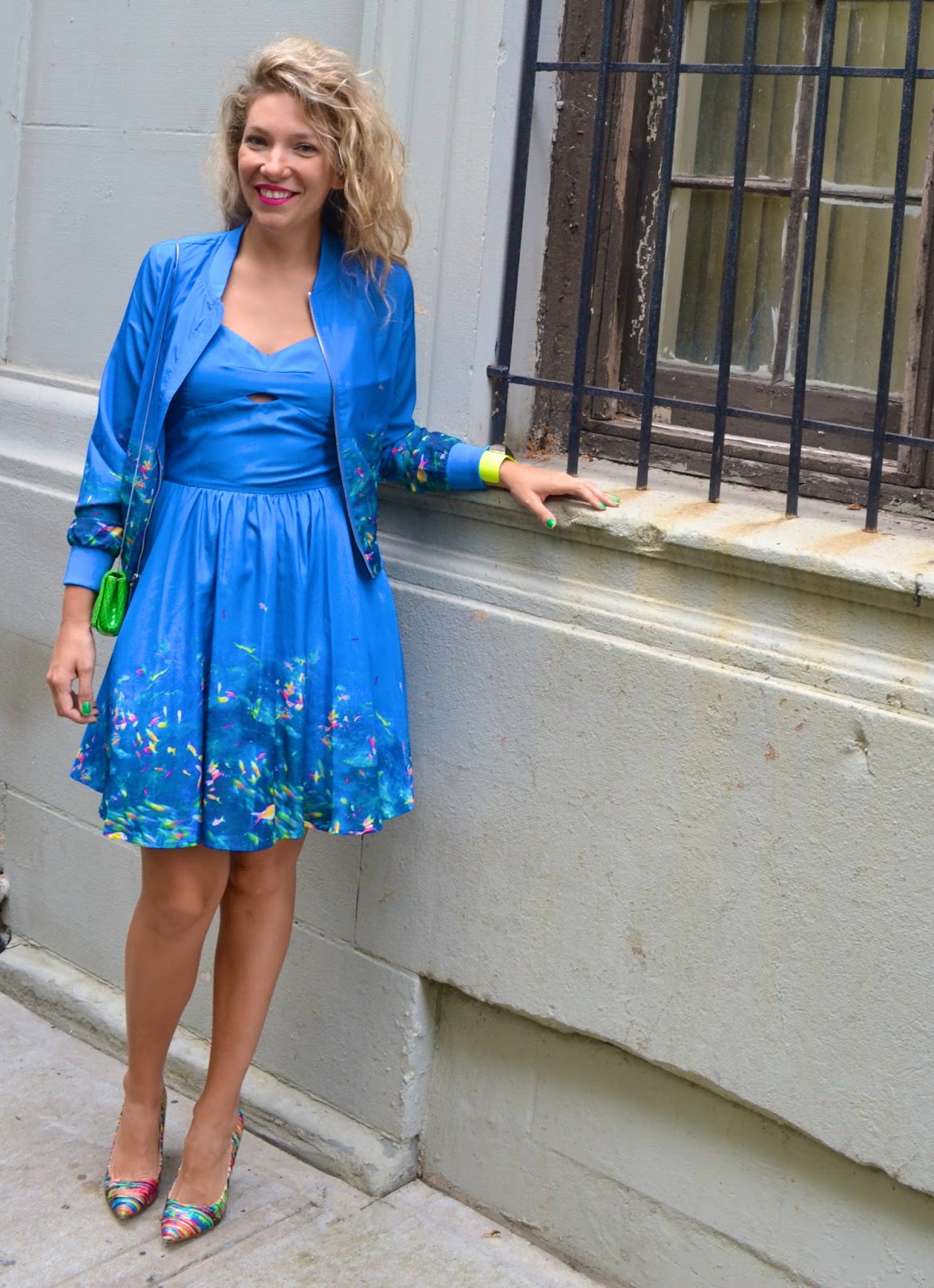 This outfit in its entirety (including accessories) cost under $100! 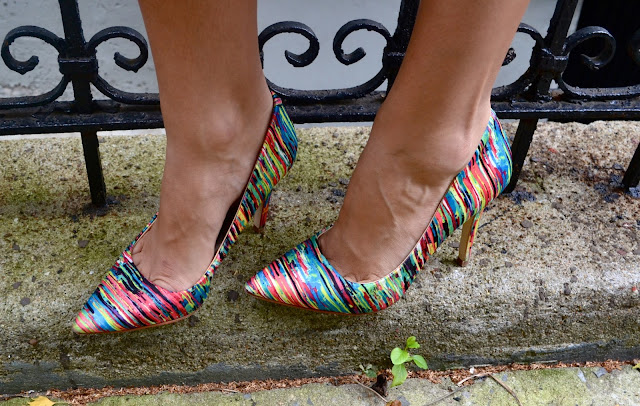 Deep Blue Interactive Aquarium (with commentary by Dominic Harris) from Cinimod Studio on Vimeo.
Posted by Artfully Awear at 1:07 PM