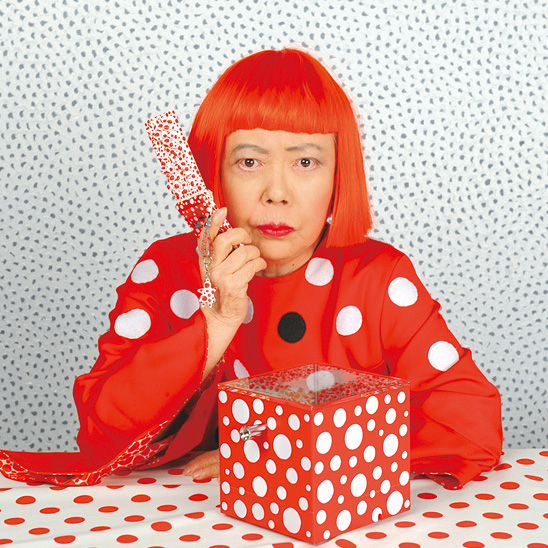 With the opening of her retrospective at the Whitney Museum and the launch of her collaboration with Louis Vuitton, Yayoi Kusama's unconventional career has been widely discussed and re-interpreted. 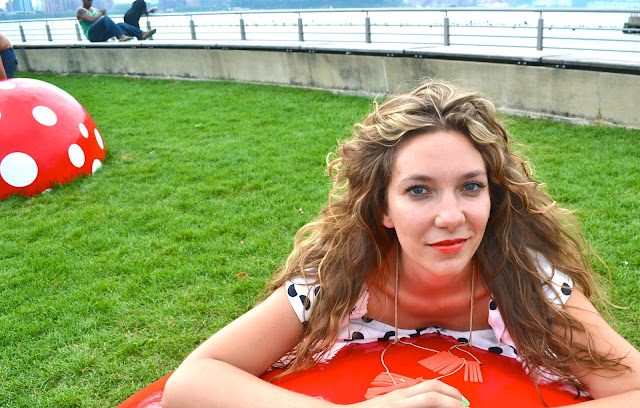 What I've always admired about Kusama's work is that there is literally no distinction between her work and her life--it is one and the same. 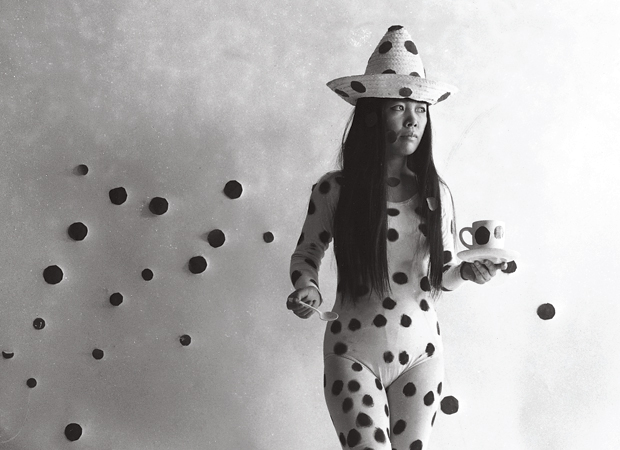 This article provides an abbreviated overview of Kusama's life and career, describing her rise to NYC art world stardom in the Sixties, return to Japan as a "national disgrace" and institutionalization in the Seventies, and finally, her rediscovery in recent years. 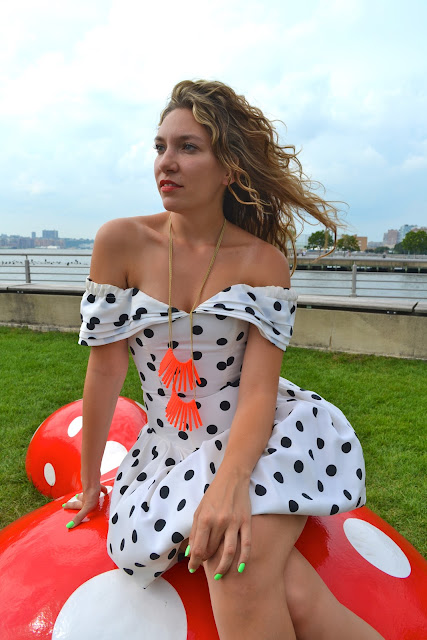 When Kusama (b. 1929) arrived in New York from Japan in the 1960s at the recommendation of Georgia O'Keeffe, she discovered an audience for her art of "self-obliteration" that was unlike anything she experienced in Japan. 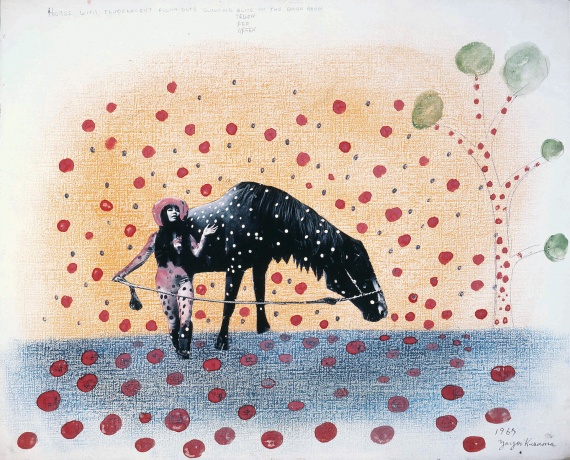 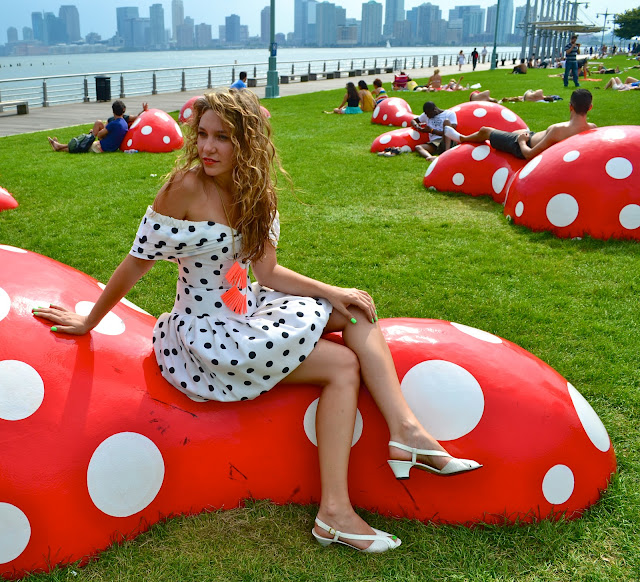 Throughout the following decade, her popularity rose and fell, leading her to eventually return to Japan and voluntarily enter a mental institution, which she still frequents. 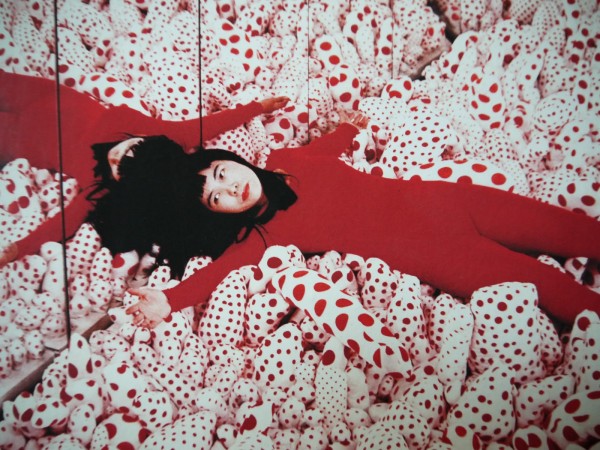 "I fight pain, anxiety, and fear every day, and the only method I have found that relieves my illness is to keep creating art."  --Yayoi Kusama 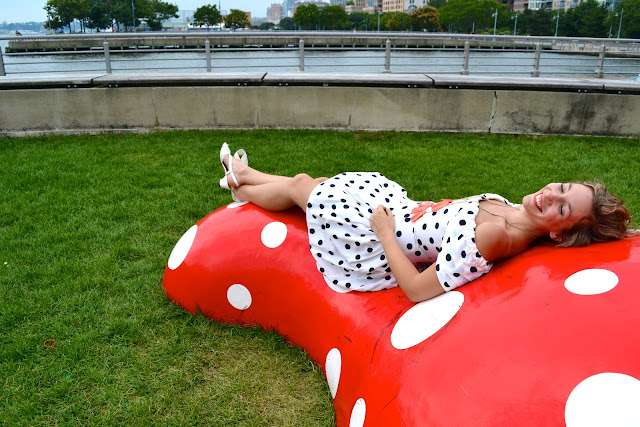 Kusama fell off of the art world radar for some time, until she was "rediscovered" in the 1990s.  She continues to live her art on a daily basis, and is an inspiration for those who wish to give voice to the way they see the world. 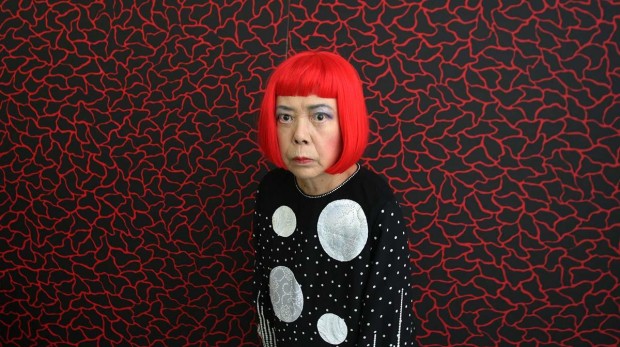 Kusama's retrospective is on view at the Whitney Museum through September 30, and her Louis Vuitton collection is now available. 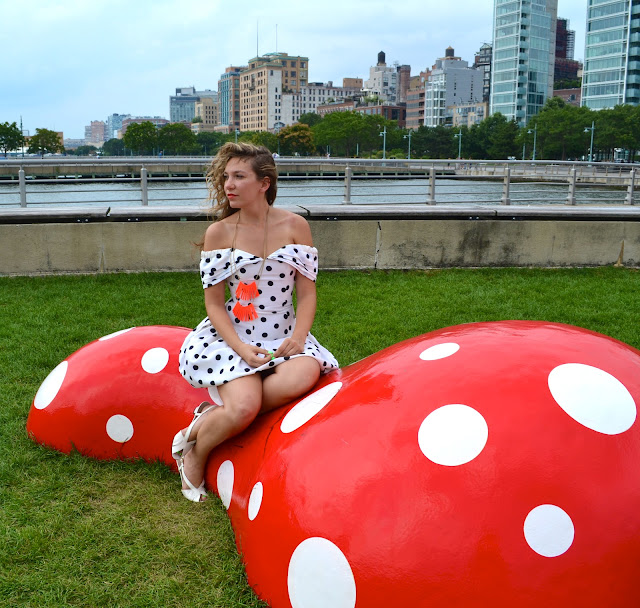 Photos by @kay_elle_pea at Pier 45, Hudson River Park, NYC, the future site of the Whitney Museum, and current site of Kusama's installation Guidepost to the New Space, 2004. 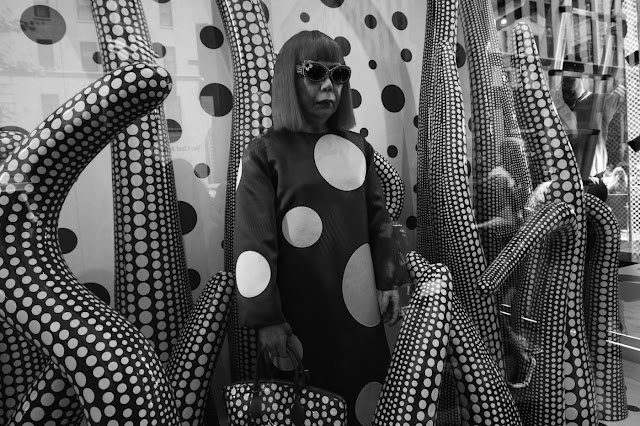 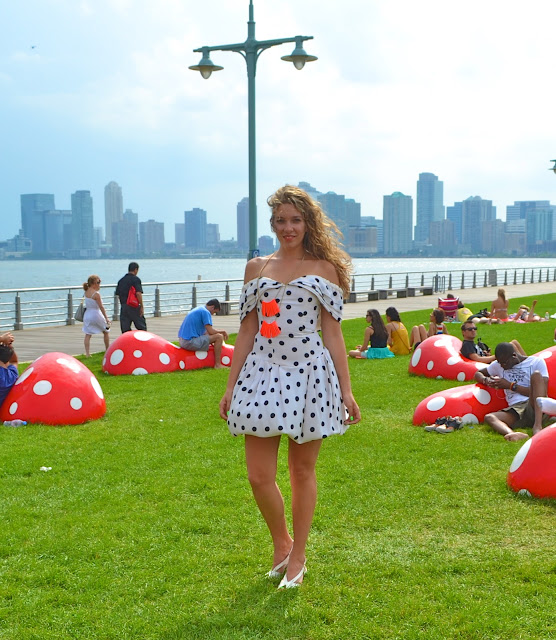 Posted by Artfully Awear at 3:31 PM