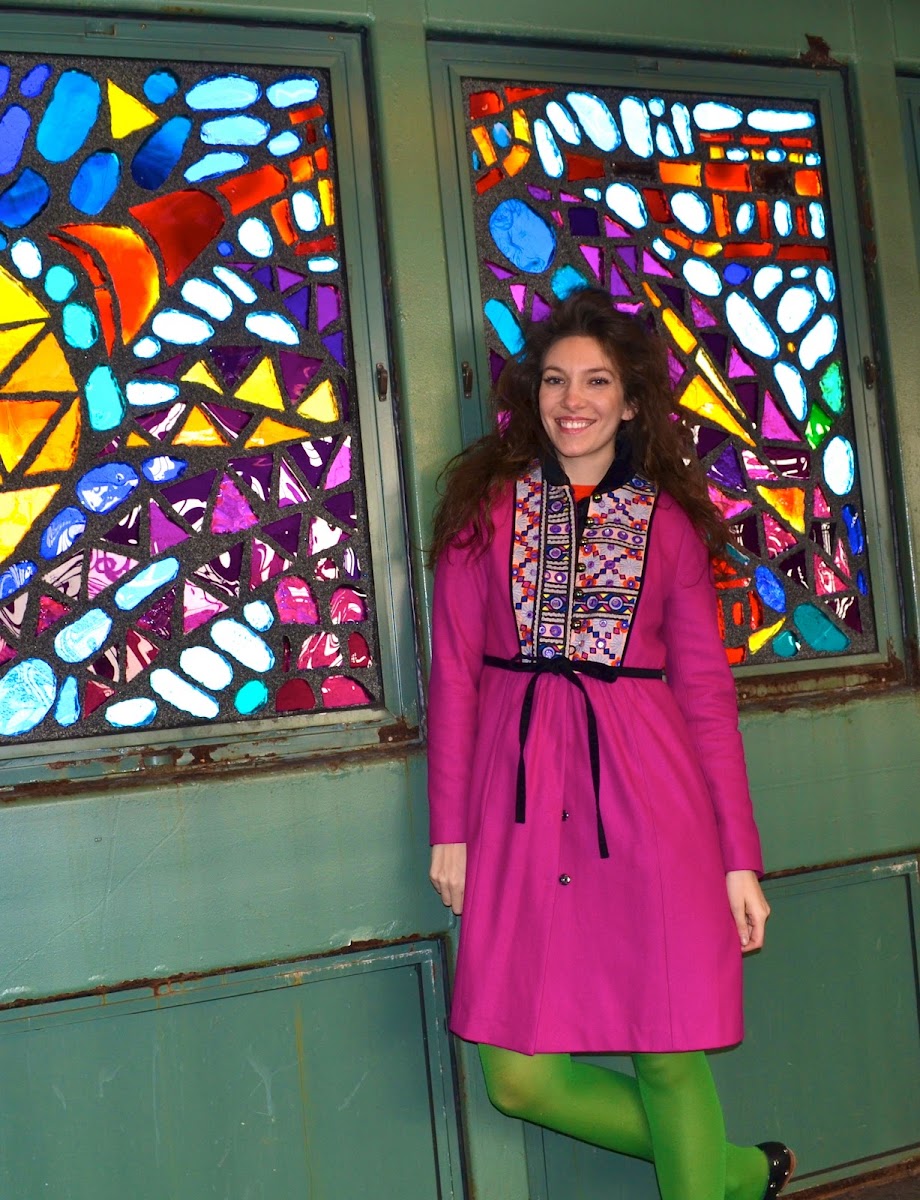 Ever since I moved to New York City for graduate school, I've been fascinated and intrigued by the public art in the subways.  I love the idea that a work of art on the walls or taking place in front of you can provide a moment of pause and possible introspection during the bustle of the commute. 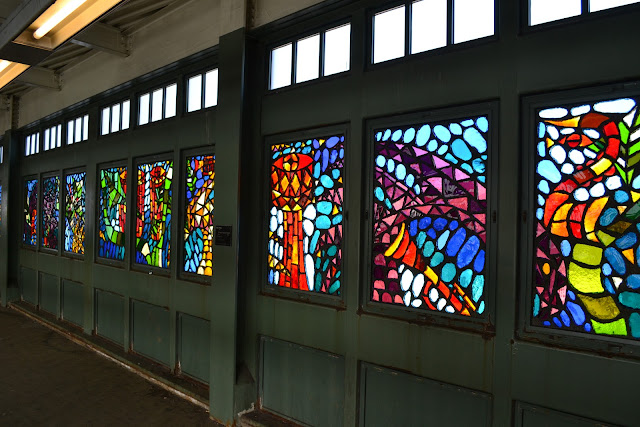 Sponsored by the Metropolitan Transportation Authority, Arts for Transit combines the long-term rehabilitation of the subway system with site-specific permanent installations created by contemporary artists. 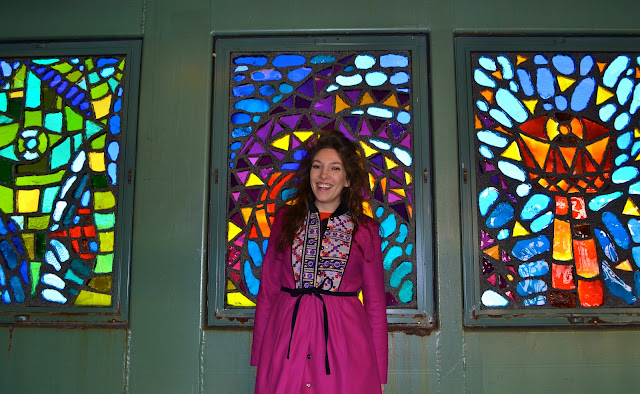 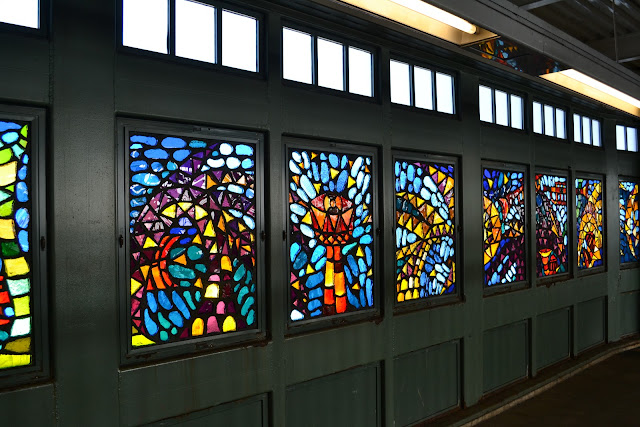 The Franklin Avenue station opened on the Elevated train in 1896.  It was completely rebuilt in 1998-1999, and it was at this time that Pryor's work was installed. 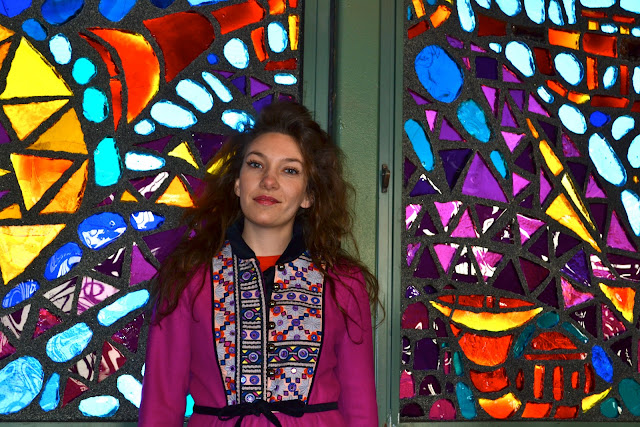 Life and Continued Growth, by Eric Pryor, consists of 29 plate-glass windows on the subway platform that feature African-American imagery as a reflection of the diversity of the surrounding neighborhood. 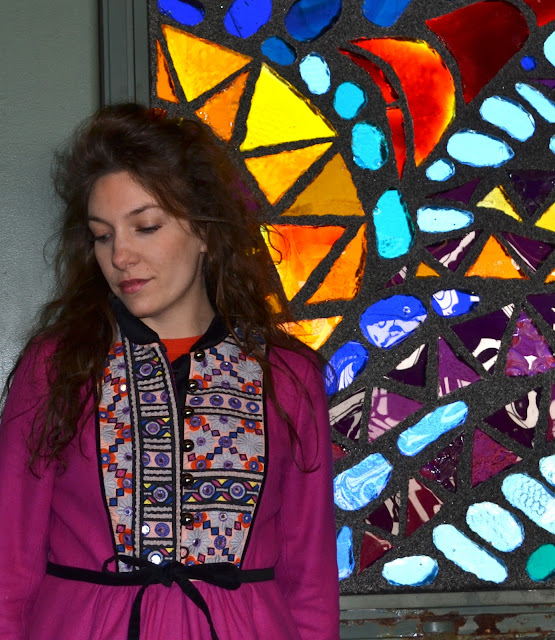 "Change and opportunity are arriving and the shuttle line both encourages and reflects the community's new optimism." --Eric Pryor 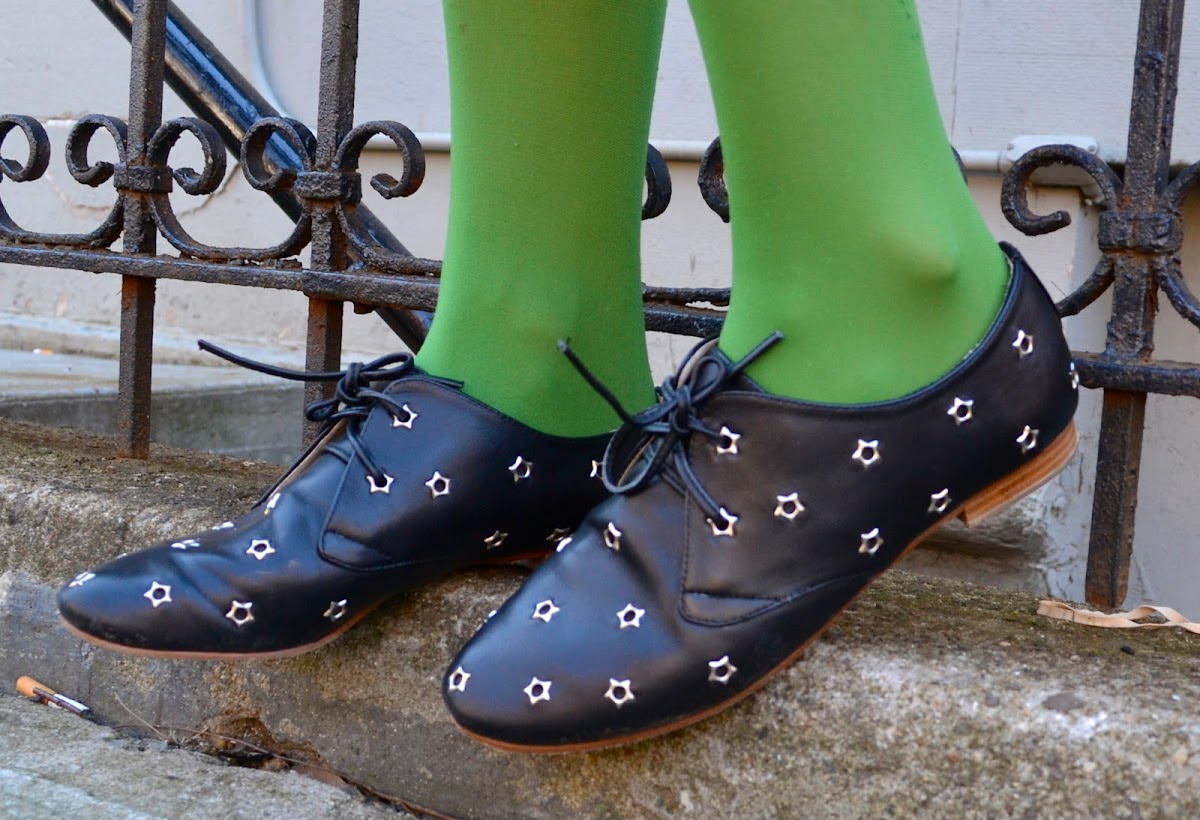 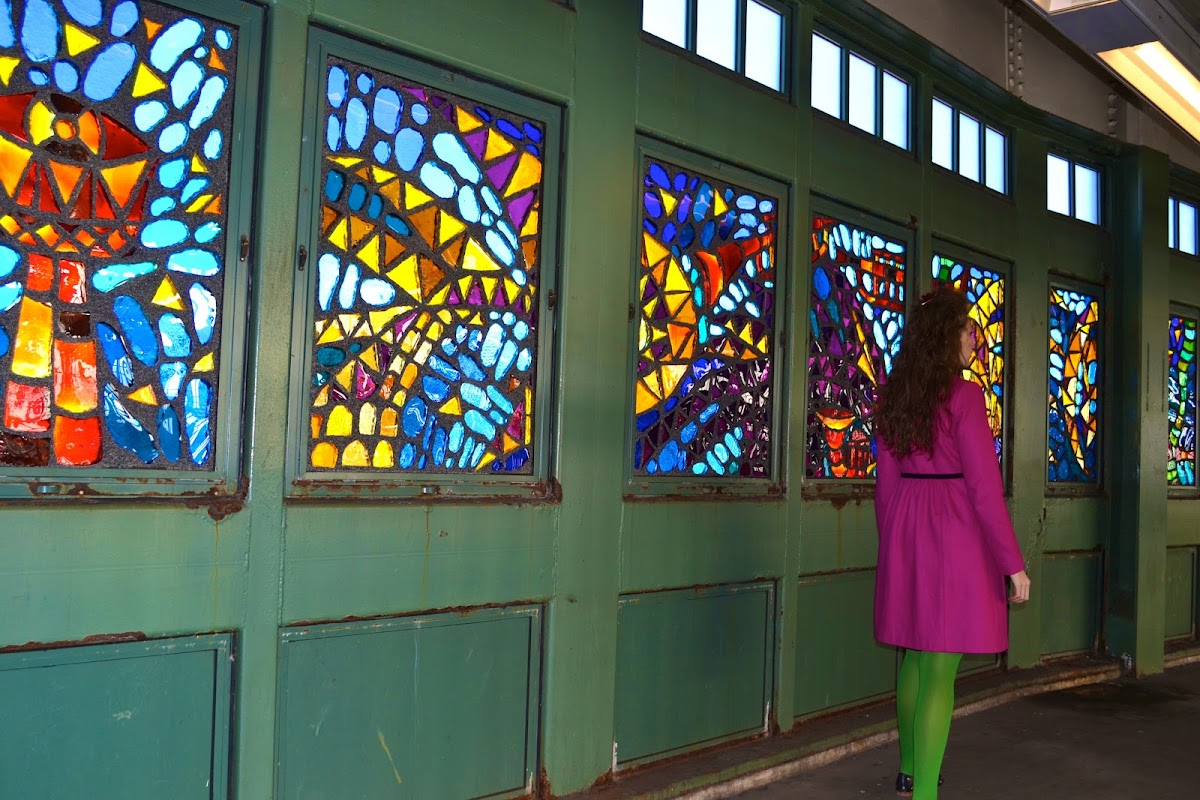 [All photos captured by me.]
Posted by Artfully Awear at 1:07 PM