This scarf reminded me of the work of Marsden Hartley, an artist I always encountered when reading about American art of the 20th century, but whose work I never really investigated. Hartley's work was shown alongside many other well-known American artists, such as Georgia O'Keeffe and Charles Sheeler, at Alfred Stieglitz's legendary 291 Gallery in New York. 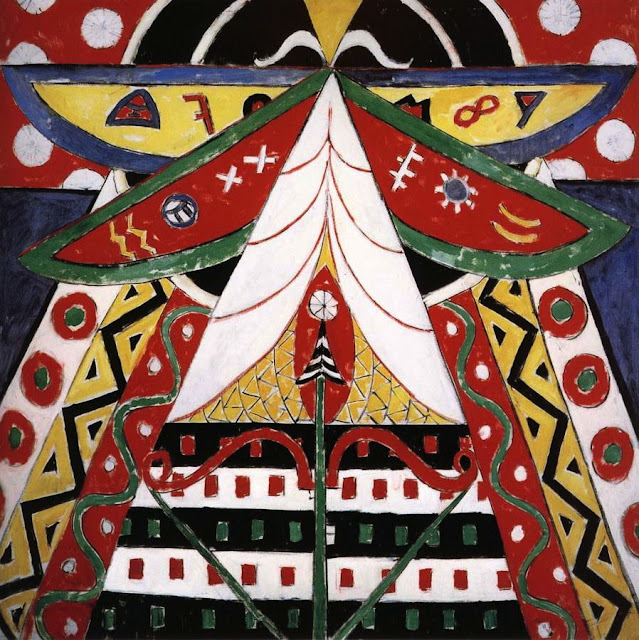 Though Hartley traveled extensively throughout the United States, and was eventually categorized as an authentically American artist, he also lived in Europe and was greatly influenced by German Expressionism, and inspired by German military pageantry, as seen in the works shown here. While in Europe, Hartley became acquainted with Gertrude Stein, Wassily Kandinsky (discussed here), and Franz Marc (recently discussed here), each of whom had a distinct influence on his work. In the later years of his career, Hartley moved back to the U.S., and became a part of the Regionalism movement, depicting scenes of local life in both his paintings and his writing. Hartley considered his art a spiritual journey, and found great meaning in symbolism. "My work embodies little visions of the great intangible..."