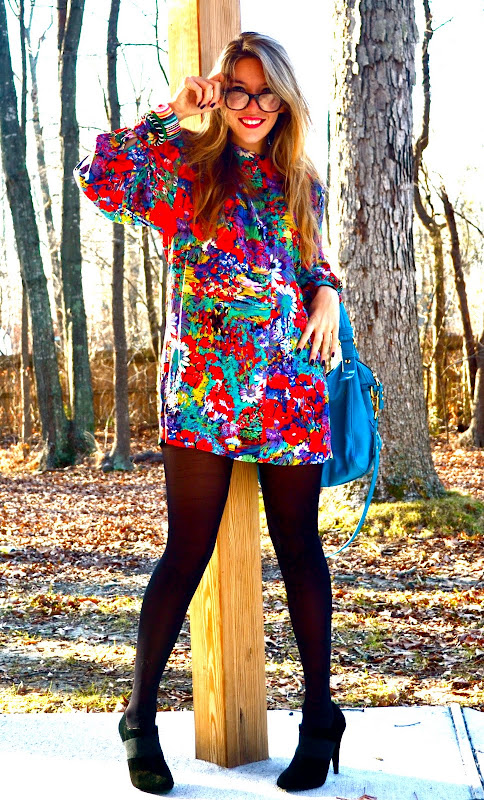 The very moment the temperature outdoors exceeded 40F degrees, I sprang to throw on a colorful frock and ditch my woolly coat. According to Punxsutawney Phil, winter is indeed coming to a close, and I couldn't be more excited to begin working a few spring pieces into my wardrobe. 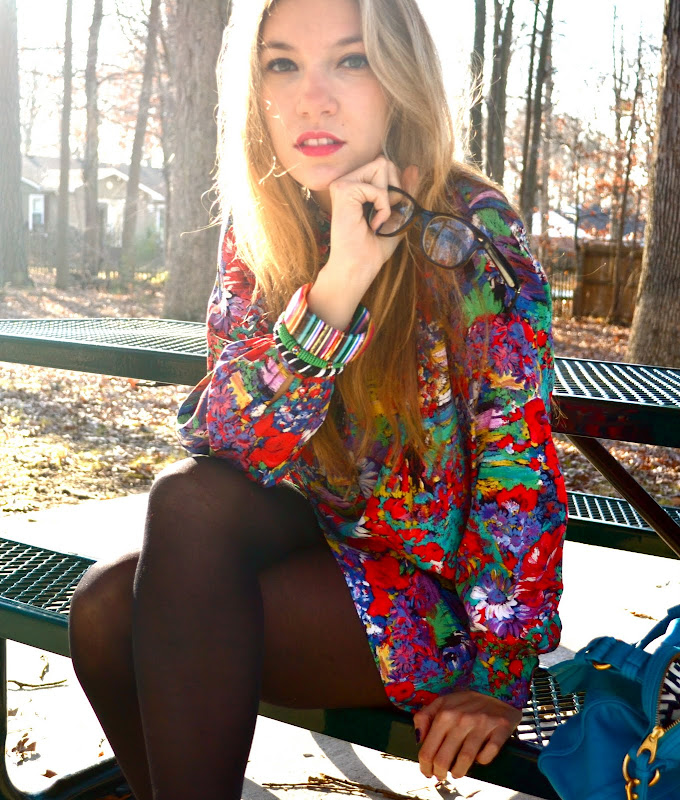 I spotted this vintage dress a while back and though its proportions originally resembled that of a colorful tent, I thought the painterly print was worth the time spent reworking it. The brushlike florals of the dress called to mind the work of Jean-Édouard Vuillard (1868-1940). 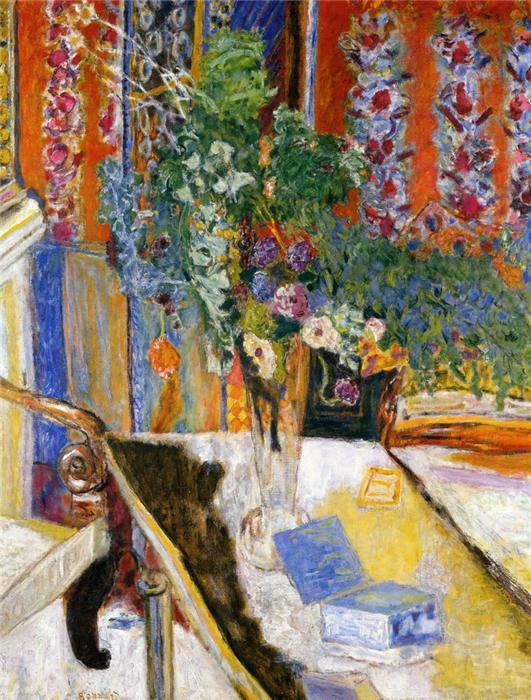 Vuillard, a French painter, is most well-known for his dramatic interior scenes, attributed to the fact that he lived with his mother until he was 60, and became quite well-acquainted with the domestic "women's life". 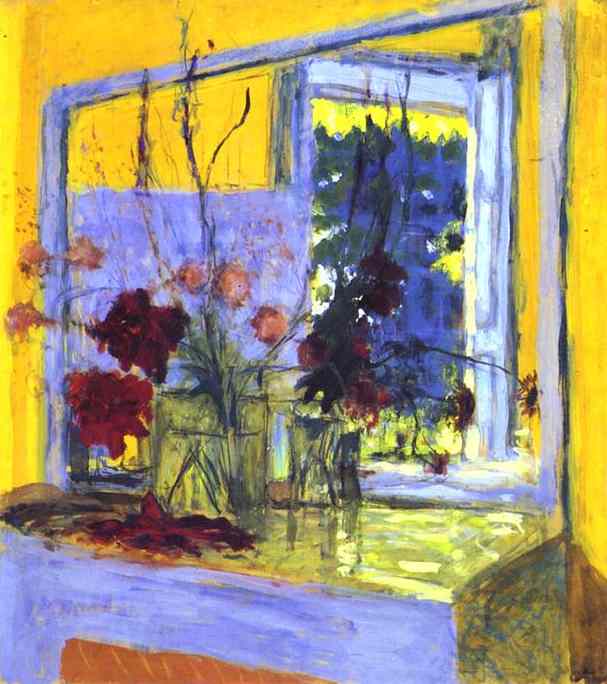 Vuillard was associated with the Nabi group, a school of painters who espoused Gauguin's aesthetic, and were inspired by Japanese prints and Art Nouveau. 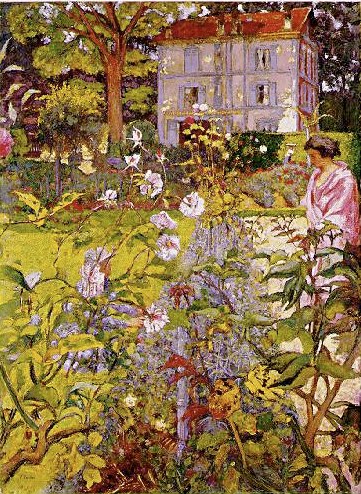 The name Nabi comes from the Hebrew word for prophet, and Les Nabis were considered to be the forefront of avant-garde art during their early period. Other Nabis included Pierre Bonnard, Paul Sérusier, and Maurice Denis, who all developed very distinct styles. 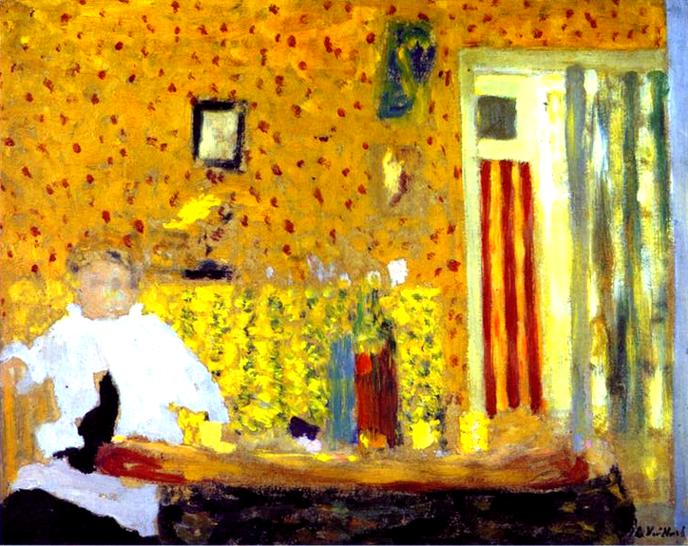 During Vuillard's later career, he created beautiful "apartment frescoes" on the inside of homes and other venues, including Théâtre des Champs-Elysées. 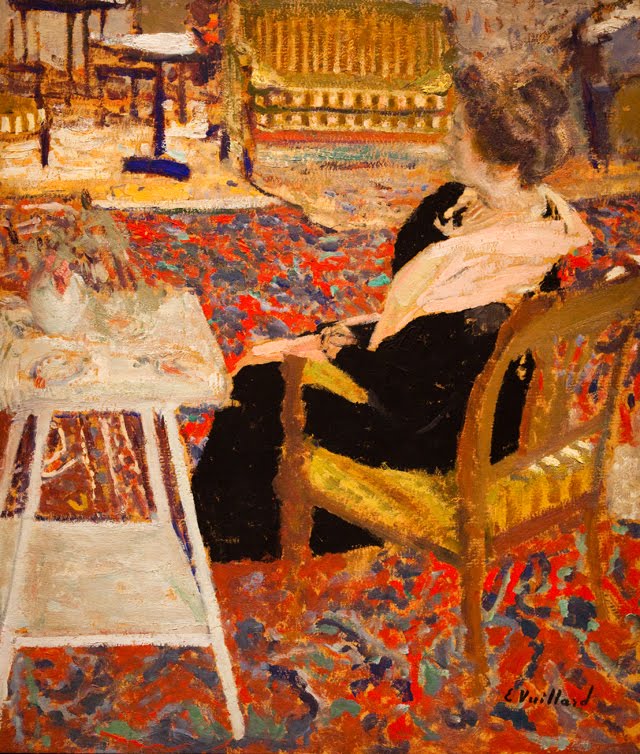 Vuillard's work is valued today for its masterful use of color and light, which I attempted to reflect in my interpretation of his paintings. 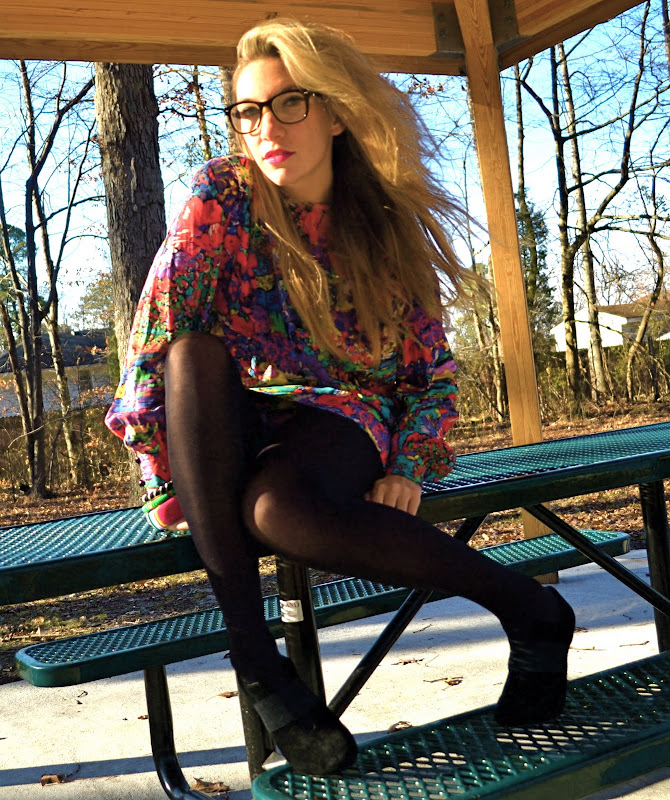 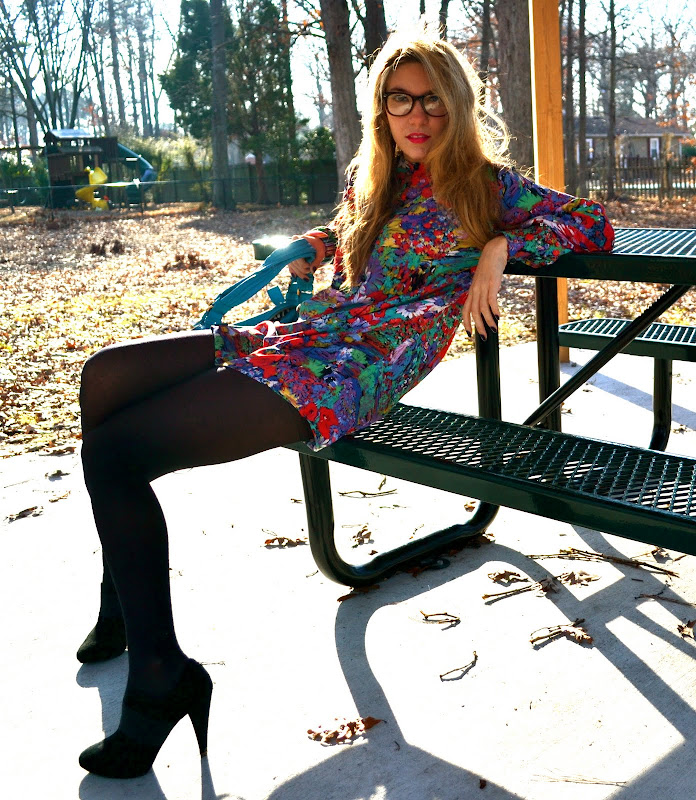 In many of his works, Vuillard uses bold dark spaces against high values to create space and dimension. To reflect this, I paired the bright floral dress with dark tights and shoes. 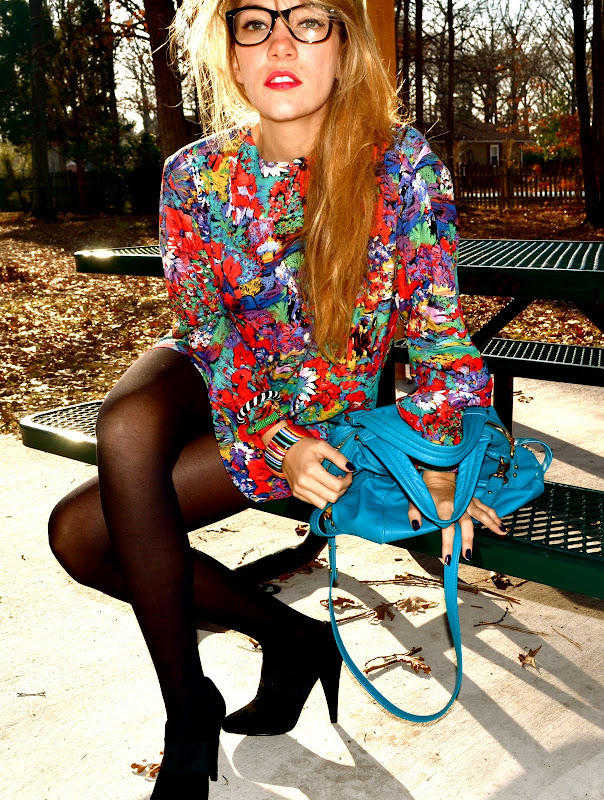 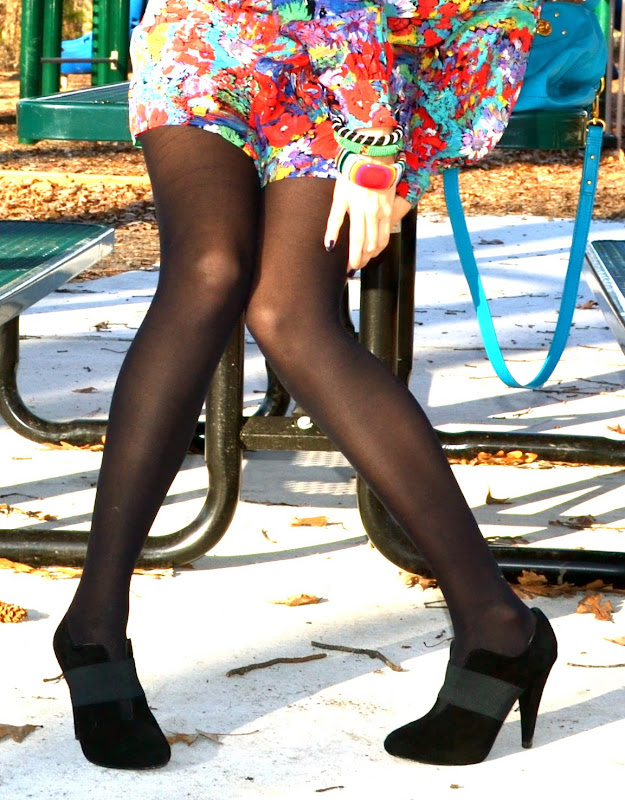