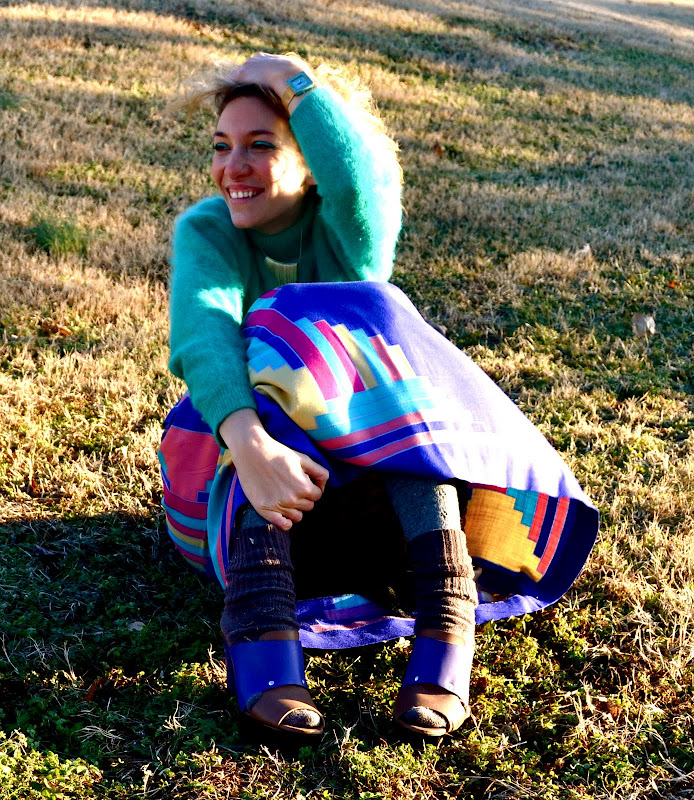 Now that the holidays are over, it's officially the "bleak midwinter". With little to look forward to until spring (read: my birthday), it's easy to get into a wardrobe rut. I'm of the opinion that it's possible to beat the midwinter blahs through a well-planned wardrobe. 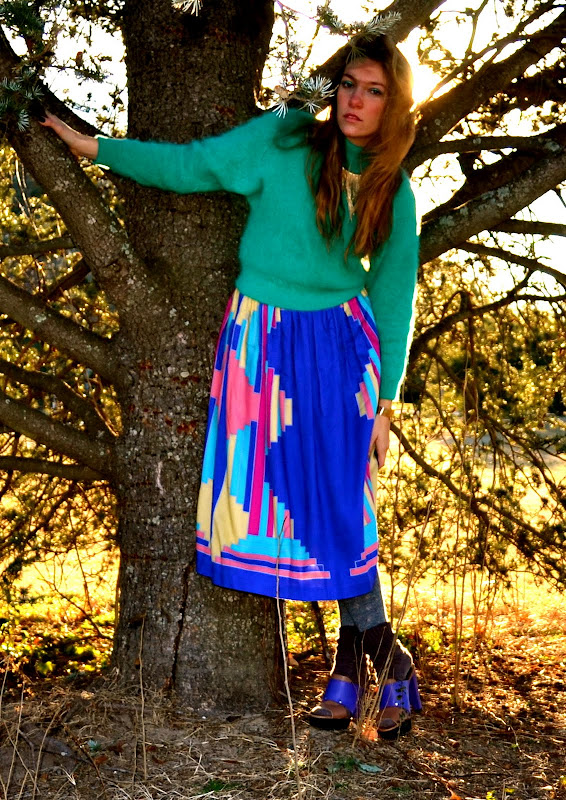 Although it's still absolutely necessary to layer up, it's fun to experiment with color palettes that wouldn't normally be associated with the cold season. This ensemble was inspired by the colorful minimalist works of Frank Stella. 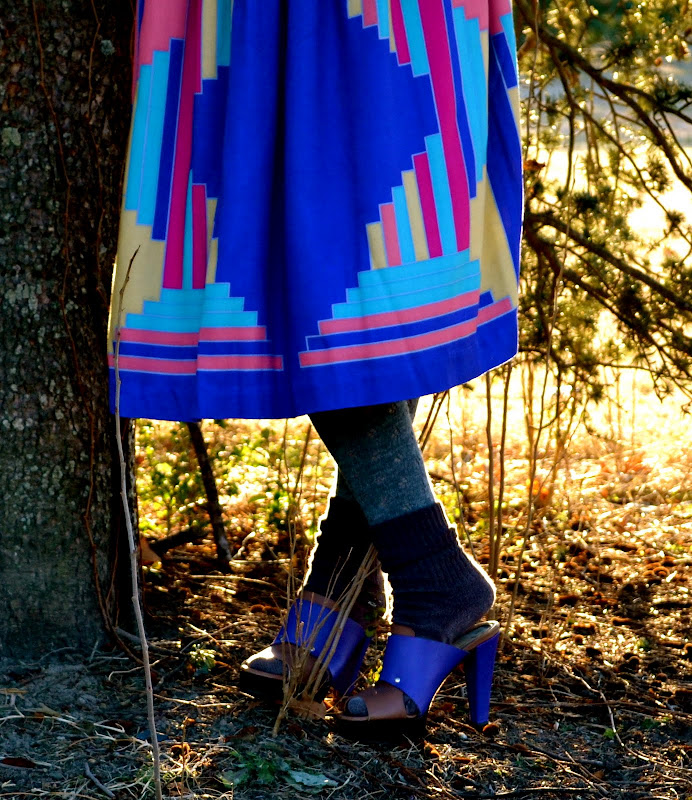 Stella (b. 1936) is an American painter and sculptor most closely associated with the Minimalist movement. 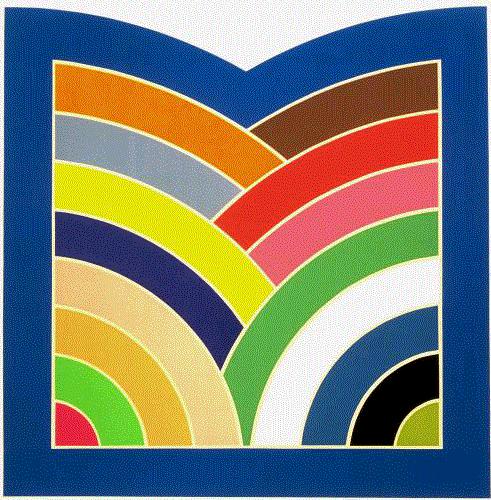 During his early career, Stella was interested in making pictures that were art objects in and of themselves, not pictures that depicted something else. 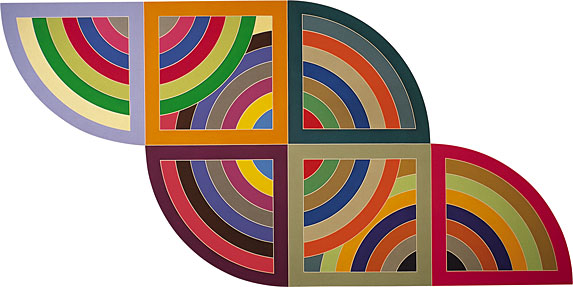 Stella's early works were very minimal: simple unprimed canvas with black paint, in some cases. These works are from the 1960s to 1970s and represent Stella's experimentation with color and shaped canvases, which further complicated the work's status as object versus depiction. 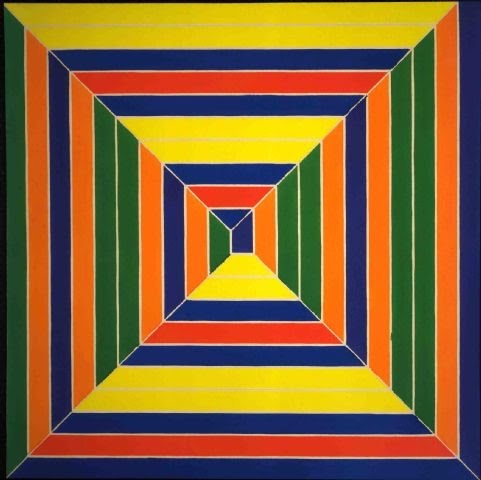 Minimalism like Stella's came to be a representation of the 1960s aesthetic, as seen in art, architecture, home decor, and fashion.

Although minimalism has lost some of its caché in recent years, it represents an important art historical movement that developed in response to Abstract Expressionism.

This vintage skirt was a recent thrift find, and I thought it bore a striking resemblance to the colors and patterns of Stella's paintings. 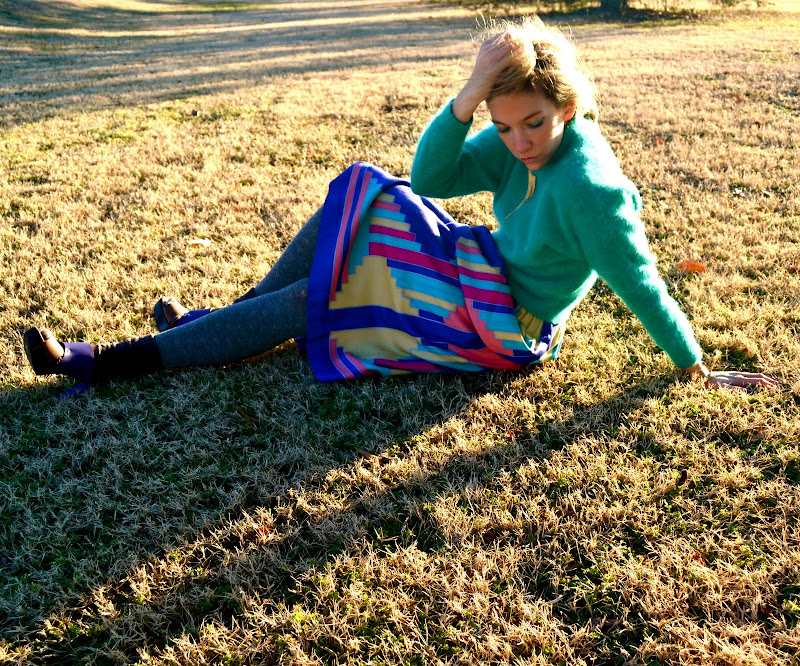 For me, the colors of this outfit (and smart layering) made a chilly midwinter day a bit more bearable. 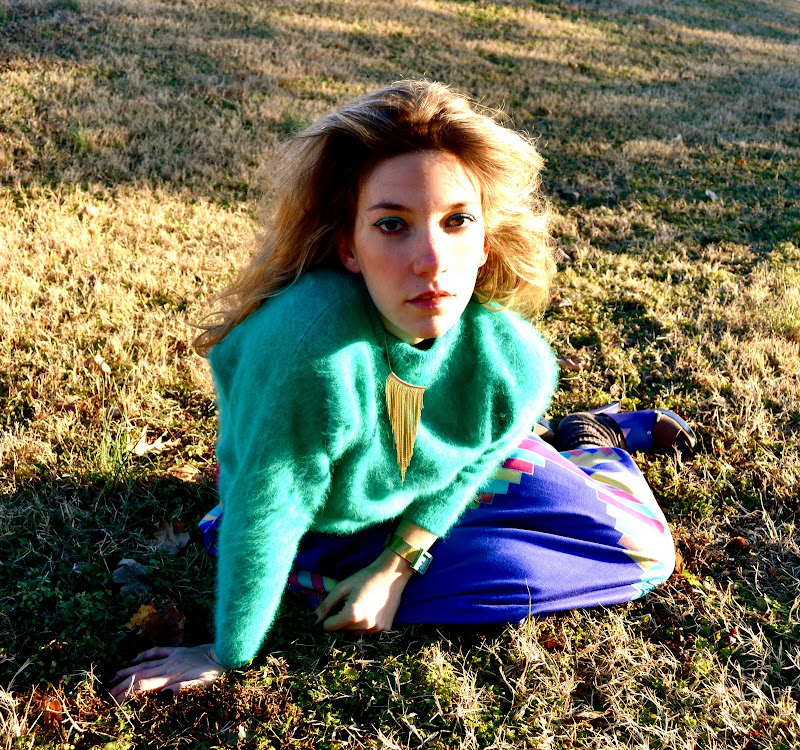 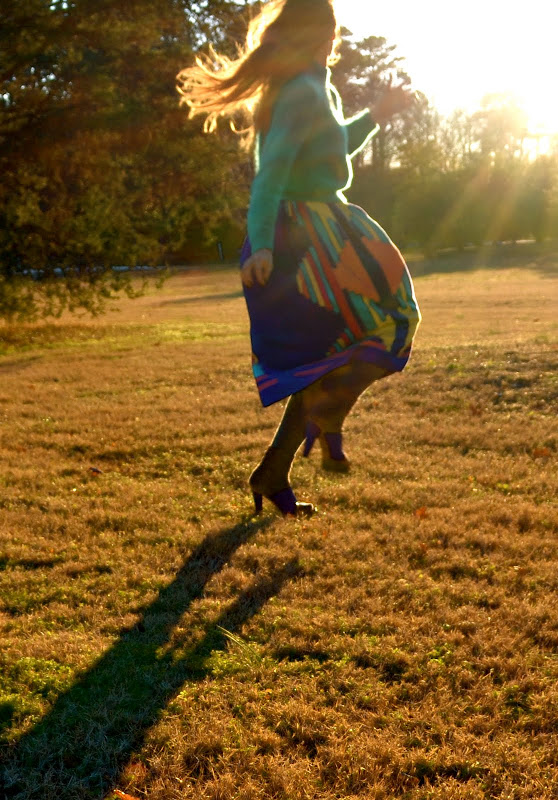