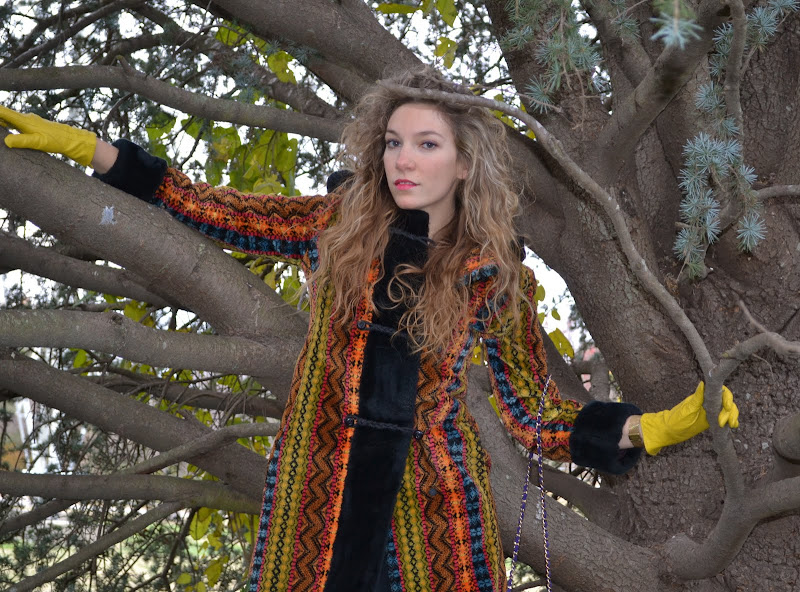 It's always a thrill when I find artwork that really appeals to my aesthetic sensibilities. Less often, I find a garment that evokes the same feeling. This coat was one of those things. 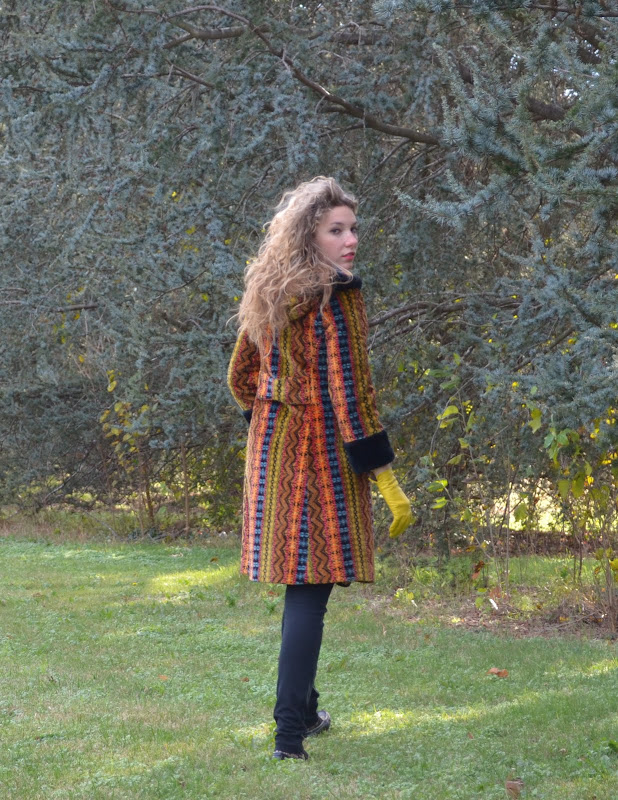 Hanging forlornly on a cheap plastic mannequin at a secondhand store, I knew it was meant for me. I love everything about it--the colorful print, the faux fur trim, the dramatic hood, and the fact that it looks exactly like something Edith Schiele would have worn. 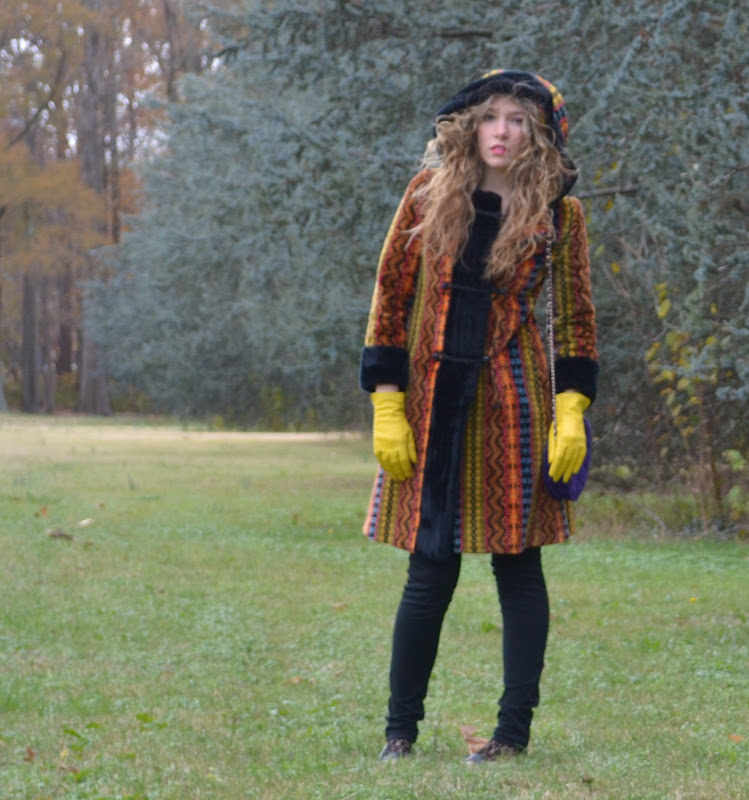 I recently mentioned Schiele's drawings and paintings of multitudes of women from the early part of his short artistic career. After his advantageous marriage to Edith Harms in 1914, she became the sole woman in his work, save for a few portrait commissions. 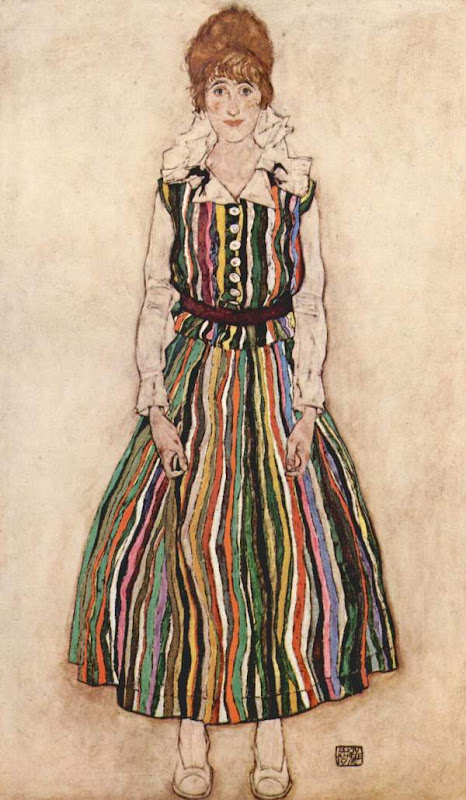 I find Schiele's portraits of Edith to be completely endearing, not only for the youthful way that she is portrayed, but also for the amount of detail he gave to what she was wearing. 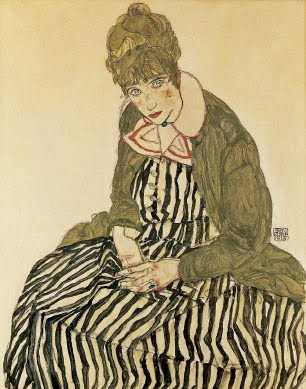 Schiele died of the Spanish flu in 1918, three days after Edith, who was carrying his child. His poignant portraits of her remain as a testament to their short, yet fulfilling life together. 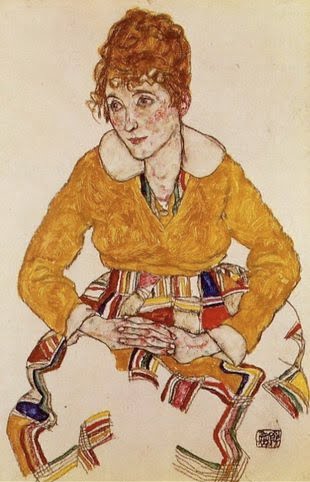 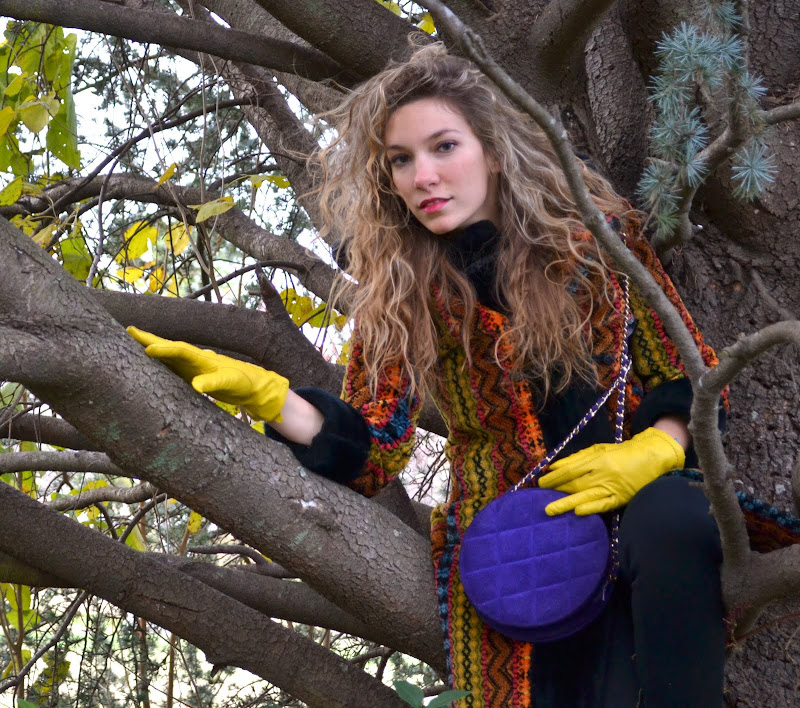 The vertical stripes and bold colors of this coat immediately reminded me of Edith. Is it odd that I feel as though Egon and Edith are old friends of mine even though they were dead before my grandparents were born? 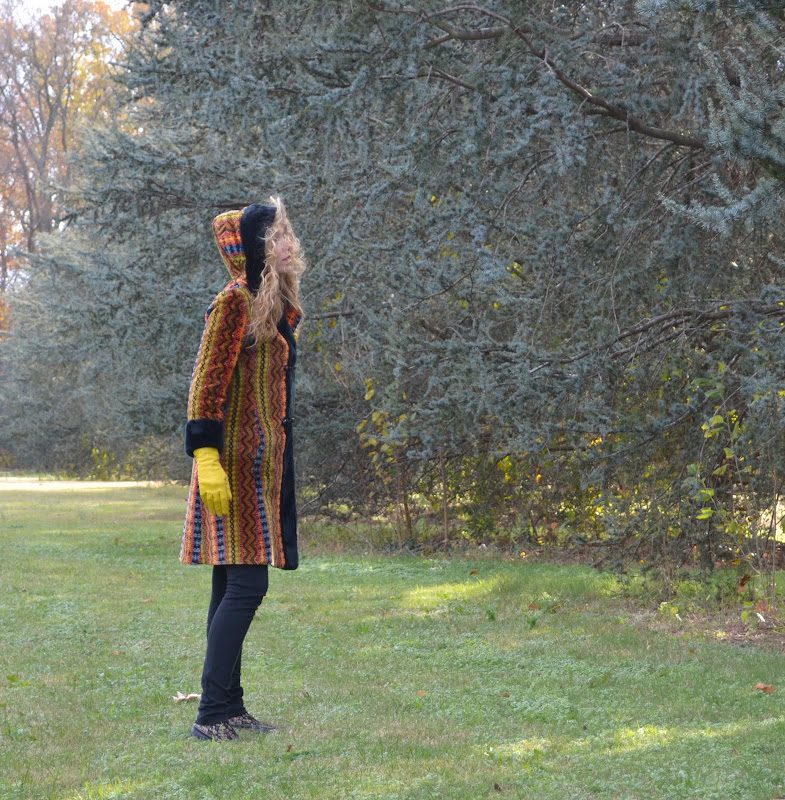 I expect to wear this thrifted gem often in the coming months. I received a "technicolor dream coat" comment on the first day I wore it--I'll take that as a compliment. 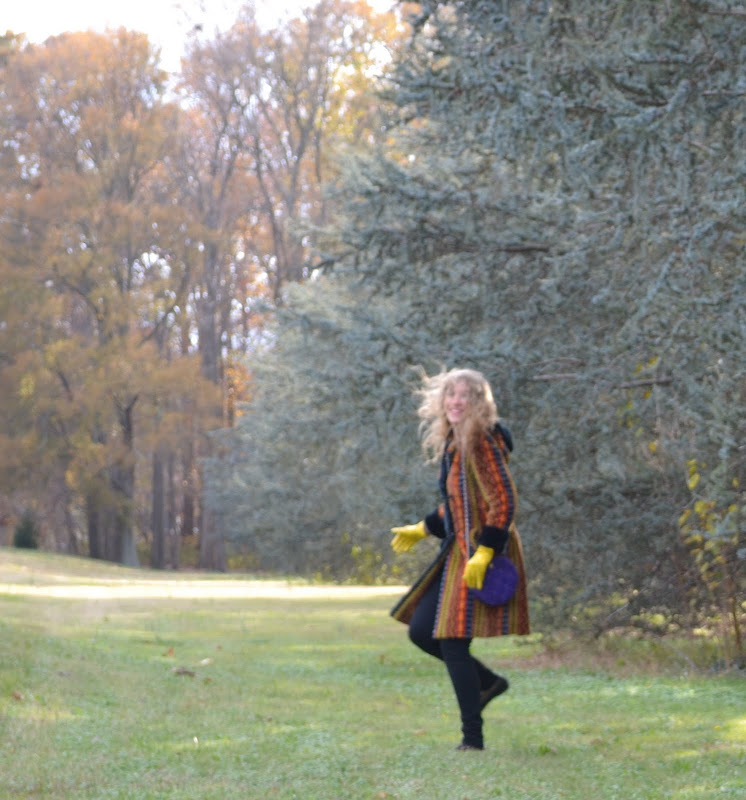 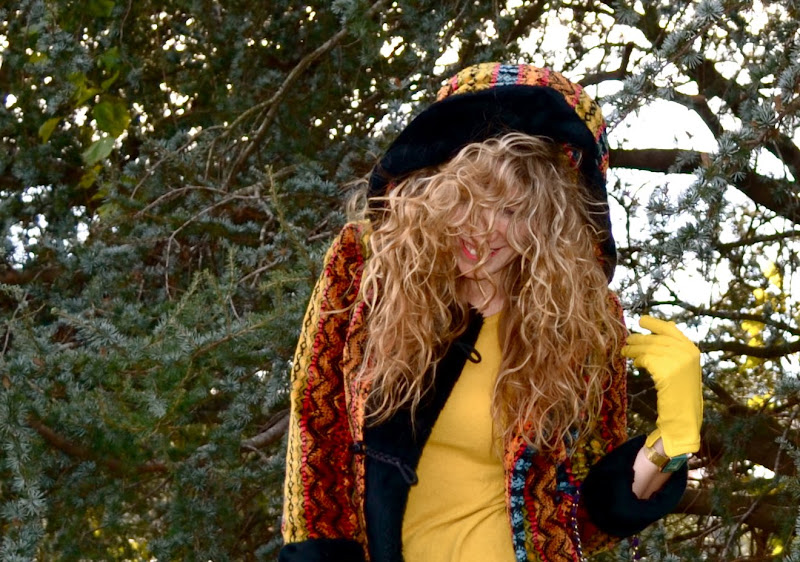