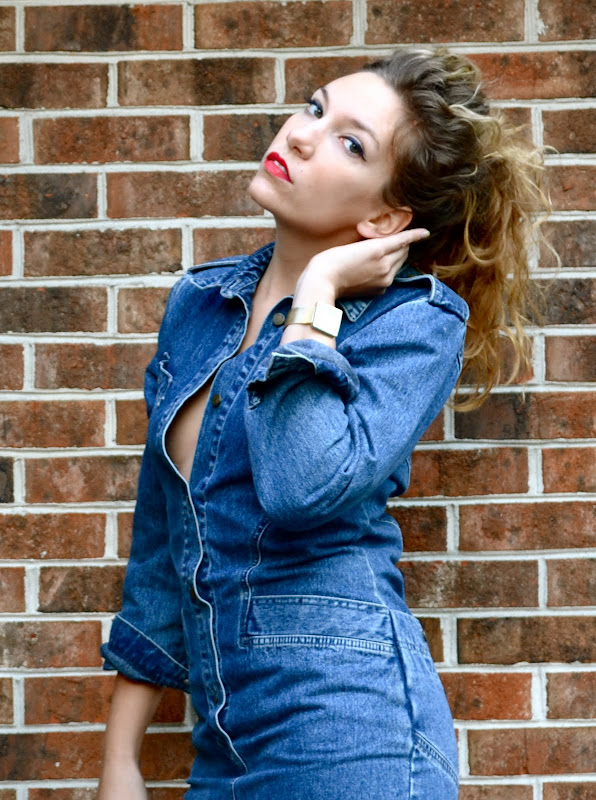 Denim is one of the most versatile textiles in production. Originally manufactured for the U.S. in Nîmes, France, it was called serge de Nîmes, which has been shortened into the colloquial term denim. As far as fashion is concerned, denim is always in style, and the average American owns 7 pairs of jeans. 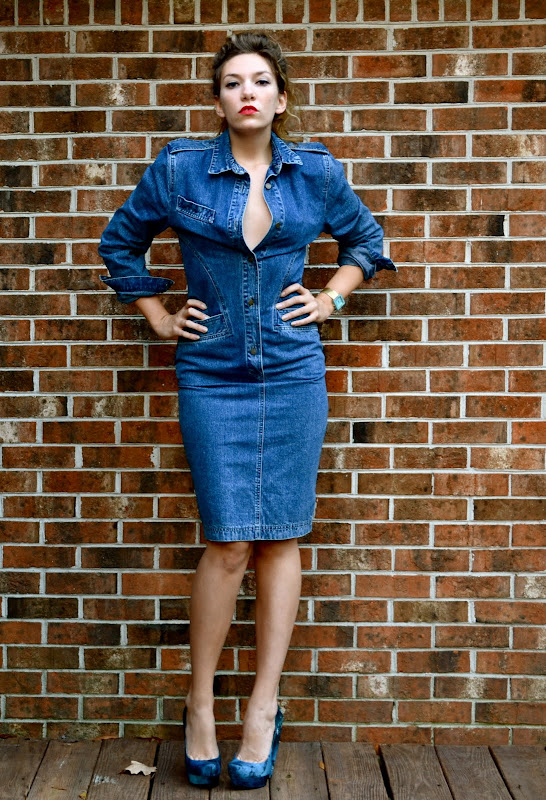 Although the use of denim is widespread in the fashion industry, it was originally intended as a textile for laborers' garments. One of my favorite artworks addresses the issue of worker's clothing and its associations with this country's complicated industrial history. 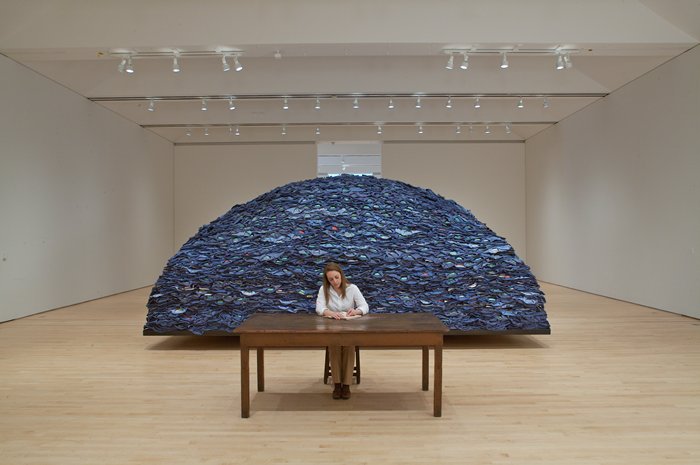 Artist Ann Hamilton created this mound of denim for an installation in 1991, and it was shown again in 2007 at the San Francisco Museum of Modern Art. It consists of 18,000 pieces of used blue work clothes on a pallet and a seated participant actively erasing text from a book. 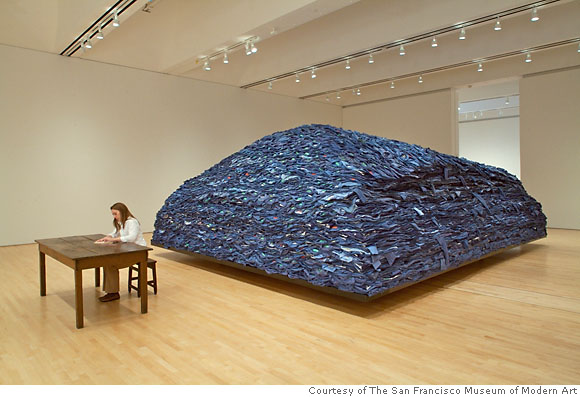 Hamilton's goal with this work, called Indigo Blue, was to encourage the rewriting of American history to include the importance of laborers in our country's industry. It spotlights the millions of working class citizens who made our country what it is today but have rarely been featured in accounts of U.S. history. 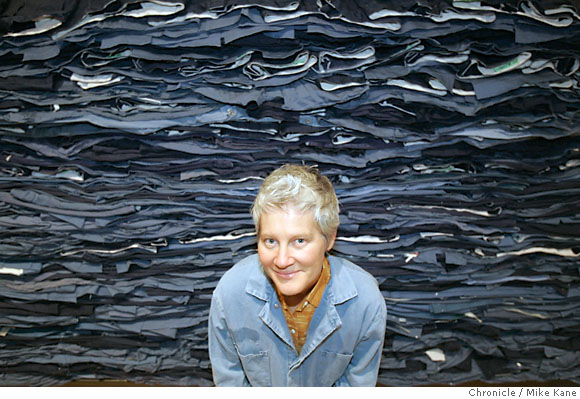 You can find some videos of Hamilton discussing Indigo Blue here. 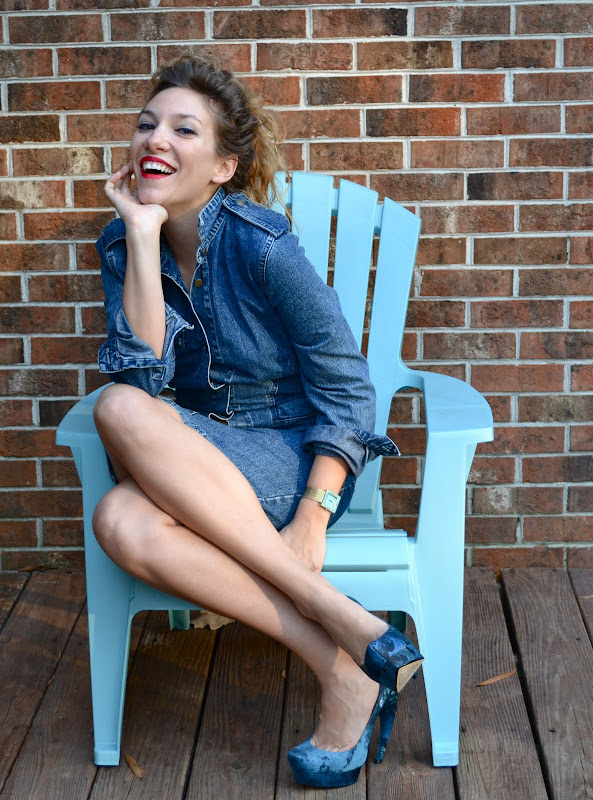 For my Indigo Blue look, I wore a Marcel Dachet for Bergdorf Goodman denim dress and Christian Siriano for Payless shoes. 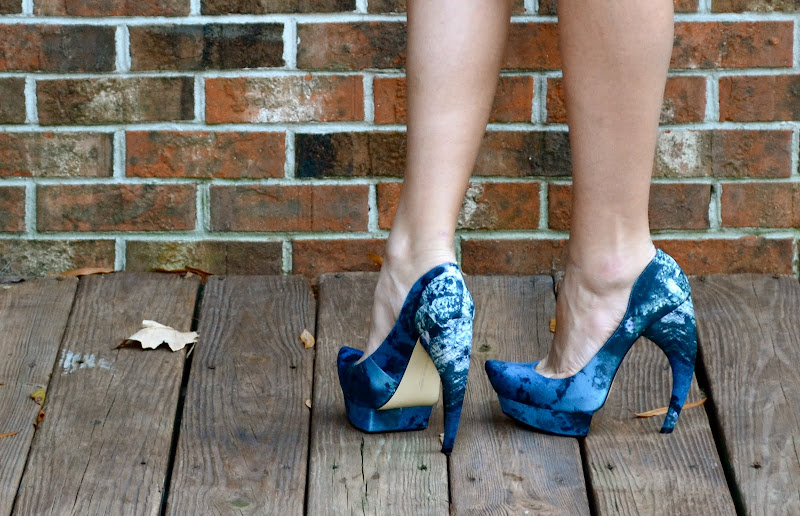 I plan on wearing this dress often--it's like a blank slate for colorful accessories. For its debut, however, I decided to keep it simple with these tonal pumps. 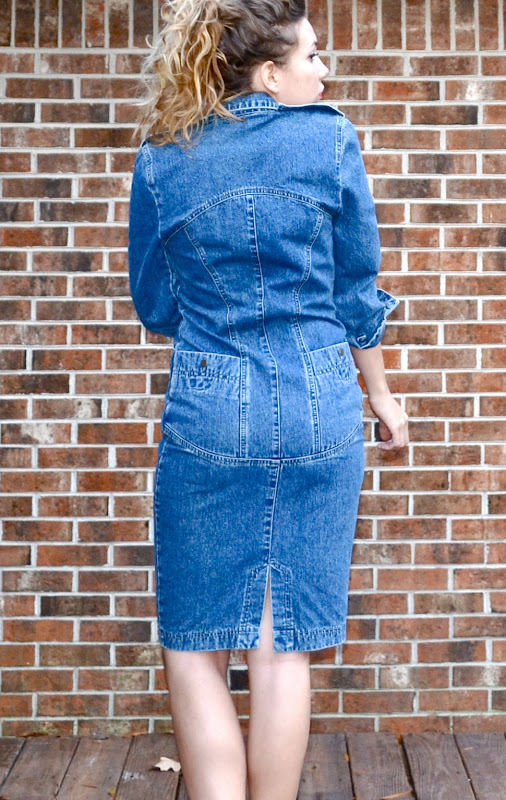 [Indigo Blue images from sfmoma.org.]
Posted by Artfully Awear at 9:51 AM